By CHRIS PLEASANCE FOR MAILONLINE

A fifth of Europeans believe that a secretive Jewish cabal controls world politics and economics, a damning report on anti-Semitism has found.

The same number also believe that Jews ‘exploit Holocaust victimhood for their own needs’, a survey commissioned the Action and Protection League revealed.

The figures were published as Jewish leaders called on European governments to take on a bigger role in curbing rising anti-Semitism on the continent. 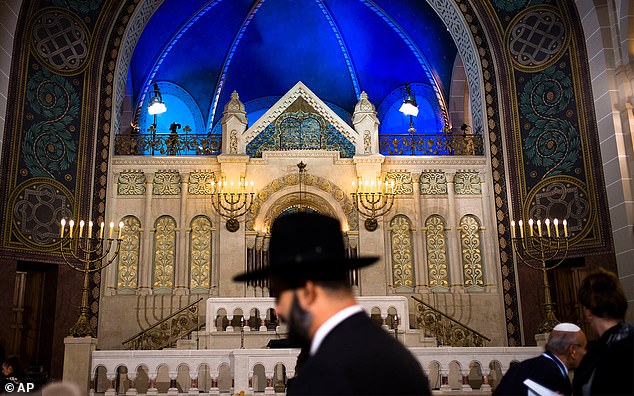 It comes just days after a far-right terror attack in Germany targeting Turkish people, by a killer who had also confessed his belief in various anti-Semitic conspiracies.

The survey also found a quarter of respondents agreed with the statement: ‘Israel’s policies make me understand why some people hate Jews’.

More than a third agreed with the assertion that ‘during World War II, people from our nation suffered as much as Jews.’

The Hungary-based Action and Protection League commissioned the survey, which was presented at the European Jewish Association’s conference in Paris on Monday.

The European Jewish Association have now called on all European leaders to adopt its action plan to combat anti-Semitism.

The plan includes adopting the the International Holocaust Remembrance Alliance’s working definition of anti-Semitism, which saw Labour leader Jeremy Corbyn criticsed after he initially refused to adopt it in full. 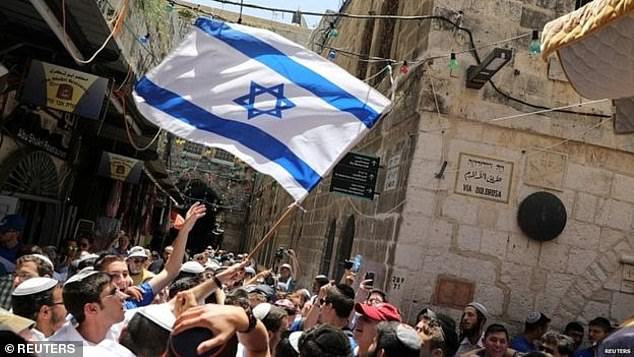 The same survey also found a quarter of respondents agreed with the statement: ‘Israel’s policies make me understand why some people hate Jews’

Rabbi Menachem Margolin, chairman of the association, said: ‘We as Jewish communities cannot eradicate anti-Semitism on our own.

‘Therefore we realized that the way to fight anti-Semitism is to pass on the responsibility to European governments.’

The survey comes against a backdrop of data which shows rising anti-Semitism across Europe.

France, Germany and the UK all recorded dramatic rises in the number of anti-Semitic hate crimes recorded in 2018, as well as in increase in violent attacks.

A study by the Anti-Defamation League also found rising anti-Semitism in Poland, Ukraine, Russia and Hungary between 2015 and 2019.

Meanwhile a study by the EU found that 89 per cent of Jews living in Austria, Belgium, Denmark, Germany, France, Hungary, Italy, The Netherlands, Poland, Spain, Sweden, and the UK feel anti-Semitism has increased over the past decade.

Almost half worried about being insulted or harassed in public because they are Jewish, and more than a third feared being physically attacked.