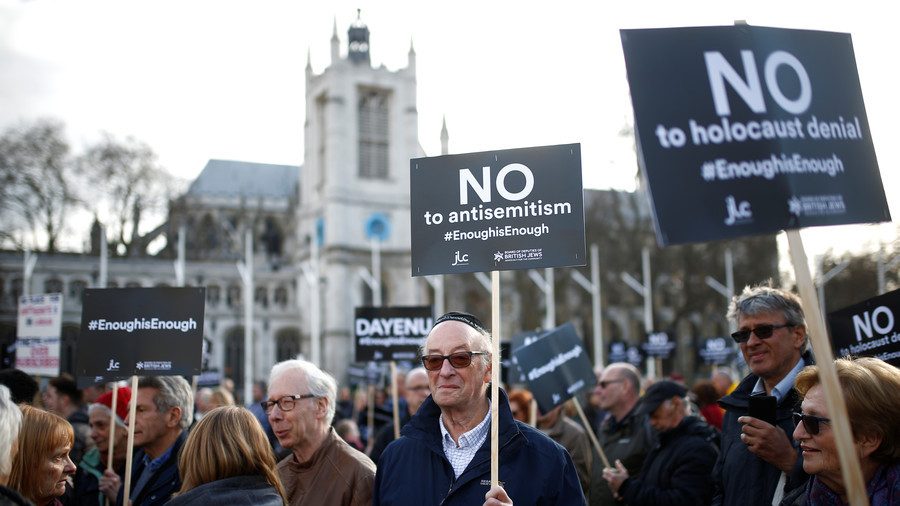 Protesters hold placards and flags during a demonstration, organised by the British Board of Jewish Deputies for those who oppose anti-Semitism, in Parliament Square in London. © Henry Nicholls / Reuters
The tables have turned: Two MPs who slammed Jeremy Corbyn for breaking bread with ‘non-mainstream’ Jewish group Jewdas are being called anti-Semitic on Twitter for their apparent distinction between of “good Jews” and “bad Jews.”

Labour MPs John Woodcock and Angela Smith took to Twitter on Tuesday to condemn their party leader for spending Passover with Jewdas in his home constituency of Islington. Woodcock said Corbyn’s attendance at the celebration was “deliberately baiting the mainstream Jewish community days after they pleaded with him to tackle anti-Semitism” and described it as “irresponsible and dangerous.”

This is deliberately baiting the mainstream Jewish community days after they pleaded with him to tackle antisemitism. And he must know that meeting them now will give his members the message that the group’s extreme views are ok. Irresponsible and dangerous https://twitter.com/wikiguido/status/980917257558724608 …

Smith said it was “a blatant dismissal of the case made for tackling anti-Semitism in Labour.”

The duo, who were jumping on the bandwagon after protests against Corbyn last week that were organized by the Board of Deputies of British Jews and the Jewish Leadership Council, have been met with ire on some sections of Twitter. Users raised one simple question for the two MPs: How can the people Corbyn spent Passover with be anti-Semitic if they are also Jewish?

Angela, these people that Jeremy met are Jewish, so how on Earth did you come to the conclusion that this is a blatant dismissal of the case made for tackling anti-semitism?

I presume you do care about the views of all of our valued Jewish members of society, right?

Sorry, that is NOT bonkers. Separating Jews into “good jews” and “bad jews” based on just their politics, especially by non-Jews, is ANTI-SEMITIC. one of the oldest tropes. @jonlansman is correct. Labour has a problem, as demonstrated by @angelasmithmp

So what you’re saying is that some of us according to you, despite being proud practising progressive Jews are anti Semitic because we are left wing? How dare you define our Judaism and Jewishness, the only anti Semite here is you.

I was at tonight’s Seder and this article is offensive nonsense. The Jewish community is not one monolithic bloc, and Corbyn making an effort to engage with the community in all its diversity should be applauded not denigrated! https://twitter.com/wikiguido/status/980917257558724608 … 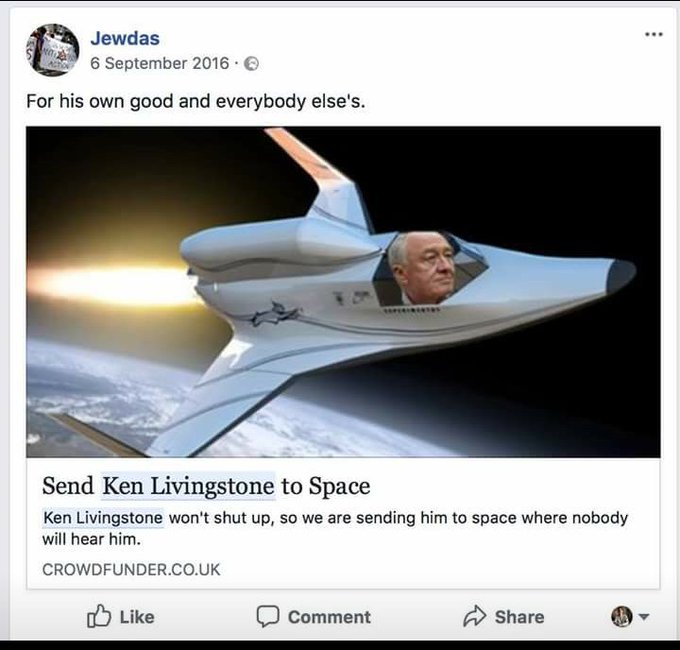 Baffled that anyone could say we are a source of antisemitism. Jewdas has a long and proud history of fighting antisemitism on the right and left, including being the only group with a sensible solution to the Ken Livingstone saga

Both Smith and Woodcock have had complaints sent to the Labour Party over their comments. The complaints, that nature of which is unclear, have now been passed on to Labour’s chief whip.

Both @angelasmithmp & @JWoodcockMP have been had complaints sent in about them to the Labour Party and the cases have, I can confirm, been passed to the Labour Chief Whip office for review.

Any Labour MP sharing a story from a right wing blog spreading lies and grotesque disinformation about a religious or ethnic minority should lose the whip. What @JWoodcockMP and @angelasmithmp have done is completely unacceptable

As it turns out, anyone else sharing Woodcock’s and Smith’s views were also targeted online. The BBC’s Andrew Neil tweeted how “baffled” he was about Corbyn’s attendance at the Jewdas meeting. Some were quick to try and remedy his confusion.

You once hired David Irving, a Holocaust denier. You have no moral authority on this whatsoever, and should apologise, in full, for a) hiring a Nazi apologist and b) denouncing a Jewish group you don’t like as “nutters”. https://twitter.com/afneil/status/980978871792173057 …

Others wondered why the original story, which appeared on right-wing blog Guido Fawkes, omitted the fact that Jewdas is a Jewish group. Jewdas, a Jewish diaspora group based in London, describes itself as “radical” and are known for their opposition to the Israeli state. While others, Novara Media editor Aaron Bastani and Corbyn ally MP Chris Williamson, sought to highlight racism on Guido Fawkes comment section and links the page’s founder allegedly has to the far-right.

@charlotte2153 @geoffreyjewdas FYI, Arkush just said on Sky that Jewdas is “a group that is itself the source of virulent antisemitism” & “a group that puts out racism.” He said “they’re not all Jewish, & they’re lifelong campaigners against the Jewish community.” Could you sue?

Guido Fawkes is not a ‘blog’, it’s a sewer of racism, misogyny and untruth. That the BBC and the entire press regularly take their news cues from their toxic smears and gossip – Guardian included – is beyond depressing. 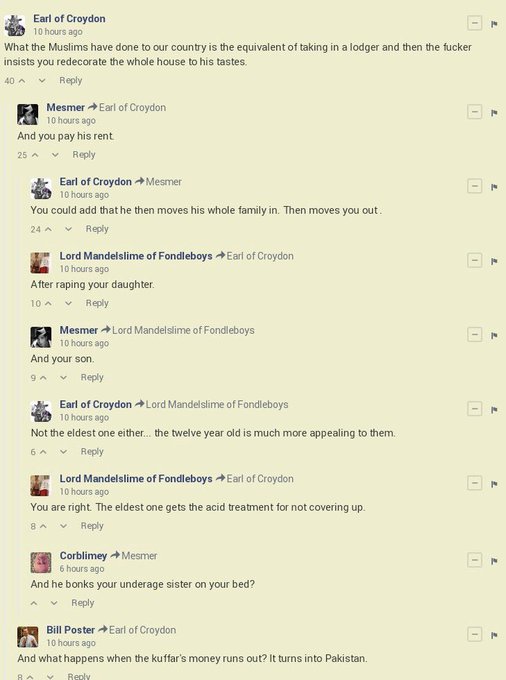 Who moderates the racist comments on @GuidoFawkes ?

The misguided individuals using information from the @GuidoFawkes smear factory to attack Jeremy Corbyn, who is a lifelong anti-racist campaigner, should read this article.

Corbyn himself has responded. Speaking to the BBC, he said on Tuesday: “It wasn’t a meeting, it was a Seder event, which was a celebration of Passover and I celebrated it with a lot of young Jewish people from my own community.

“It was very interesting talking to a lot of young people about their experiences in modern Britain and I learnt a lot. Isn’t that a good thing?”

Corbyn went on to condemn anti-Semitism; pledging to follow the right processes to ensure its eradication from within the Labour Party.

“Anti-Semitism is a vile and evil thing within our society at any level, anywhere, anytime and it has got to be eradicated wherever it arises,” Corbyn said. “If it arises within my party, then we have a process for dealing with it. We examine each case and if anyone has committed any anti-Semitic act then they’re suspended and ultimately could be expelled because of it.”