ON THIS HISTORICAL DAY WHEN DONALD TRUMP OFFICIALLY BECAME PRESIDENT…

ON THIS HISTORICAL DAY WHEN DONALD TRUMP OFFICIALLY BECAME PRESIDENT…

A truly momentous day. Even the New York Times has admitted that Donald Trump has been affirmed as the next president of the USA after members of the electoral college cast their ballots yesterday. 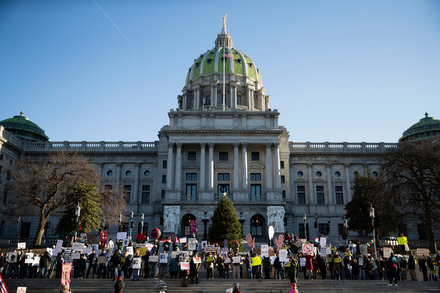 Congratulations to Donald Trump and his family!

For the first time in decades, a president who is not a Globalist minion is set to assume power in Washington.

The next key battle in the USA could well be the classical American fight against the private Federal Reserve and private banks.

Thomas Jefferson spelled it out in 1802.

“I believe that banking institutions are more dangerous to our liberties than standing armies…. The issuing power should be taken from the banks and restored to the people, to whom it properly belongs.”

“If the American people ever allow private banks to control the issue of their currency, first by inflation, then by deflation, the banks and corporations that will grow up around them will deprive the people of all property until their children wake up homeless on the continent their Fathers conquered.”

Trump has picked a large number of top generals for his cabinet. And returning the power of issuing money to the people, to whom it properly belongs, may be the biggest and most important battle these generals will ever have fought. The sooner they recapture the Federal Reserve and repeal the federal income tax act of 1913, the sooner America will be set on a path of extraordinary prosperity.

Another focus will, no doubt, be the Globalist proxy army of ISIS terrorists, who launched three separate attacks in Ankara, Berlin and Zurich on Monday.