Edward Snowden © Rafael Marchante / Reuters
Whistleblower Edward Snowden offered an impassioned argument against terrorism being used as a pretext for introducing mass surveillance in a video-linked speech to a migration conference on Tuesday night.

Speaking to the Estoril conference on global migration in Portugal via video from Moscow, where he has lived for the past four years after being granted asylum by Russia in 2013, Snowden argued that terrorists do not possess the power to destroy people’s rights or weaken a society’s strength. That only happens when those in a position of power use extremists as an excuse to create laws that encroach on people’s liberties, he said.

“Terrorists don’t hate us for our freedom, they don’t even know what our freedoms are… Terrorists are incapable of destroying our rights or diminishing our society they lack the strength – only we can do that.” 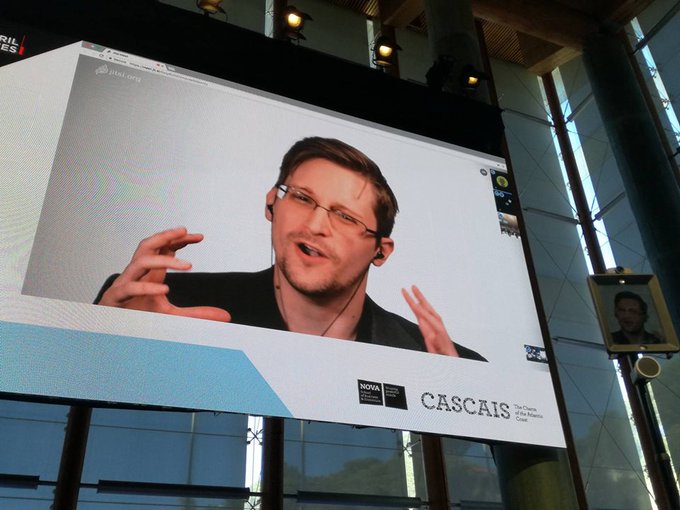 Snowden argued that governments aren’t using mass surveillance tools to counter terrorism, rather they are being used to discover journalist’s sources, specifically “journalists who have written stories that were embarrassing to the government.”

The whistleblower further argued that the best way to defeat terrorist ideologies is to allow them to get a full public airing.“The way to discredit terrorist ideas is not by censoring them from public spaces… these ideas are not attractive, these ideas grow best in the dark… Drag it out onto the stage of the world, show people why it is wrong and why we can do better.”

The former NSA contractor made a similar argument when answering a question from the floor which asked him to discuss recent comments from UK Prime Minister Theresa May which made the case for regulating the internet to combat terrorism. 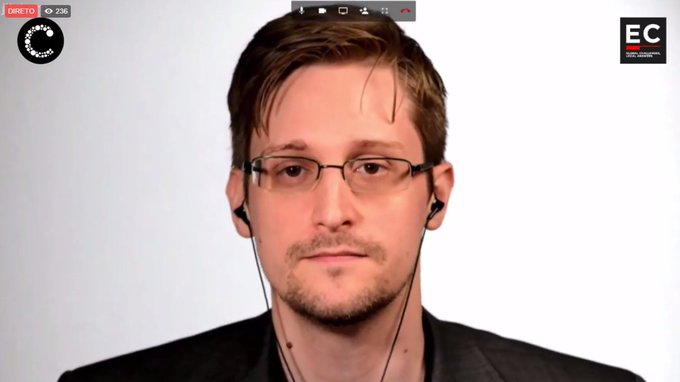 Snowden noted that the Investigatory Powers Act – which the UK parliament passed last year and which Snowden described as “the most extreme surveillance law in the history of the western world” – was being justified as a means of rooting out terrorists.

“We have seen people fall on blacklists. We have seen, again and again throughout history, political parties be hamstrung, to face resistance, be silenced by governments because of their politics, their beliefs, their ideologies, which over time are always derived from what state security agencies say is a necessary effort to protect the nation.”

“I’m not going to so far to say this is sort of an evil plan on behalf of the United Kingdom or any other nation,” Snowden said.“But we need to focus on one thing, the need for speech, access to free speech, free association, a free press, the ability to pick up a phone and be able to dial someone that you love without worrying about what that looks like in government database somewhere, how that will be reviewed 10 years from now when you get on a politician’s bad side. This is the foundation of any free society.”