A villager holding up a banner that reads “Desperately oppose THAAD!” marches during an anti-THAAD proest in Seongju, South Korea, June 14, 2017. © Kim Hong-Ji / Reuters
Local police and anti-THAAD activists are in a tense stand-off in South Korea’s Seongju County over protestors’ moves to stop and inspect vehicles, which they suspect may be secretly delivering supplies and components of the US antimissile system.

The US Terminal High Altitude Area Defense (THAAD) is being deployed at a former golf course near Soseong-ri, a small farming village in Seongju.

The deployment deal was sealed by the previous conservative government of South Korea, and some components of the system, including powerful X-band radar and several missile interceptor launchers were delivered to the site in late April under the cover of night.

However, under the new Democrat President Moon Jae-in, Seoul is reviewing the entire arrangement, saying that the previous administration cut several corners and failed to put the deployment plan under proper public scrutiny. 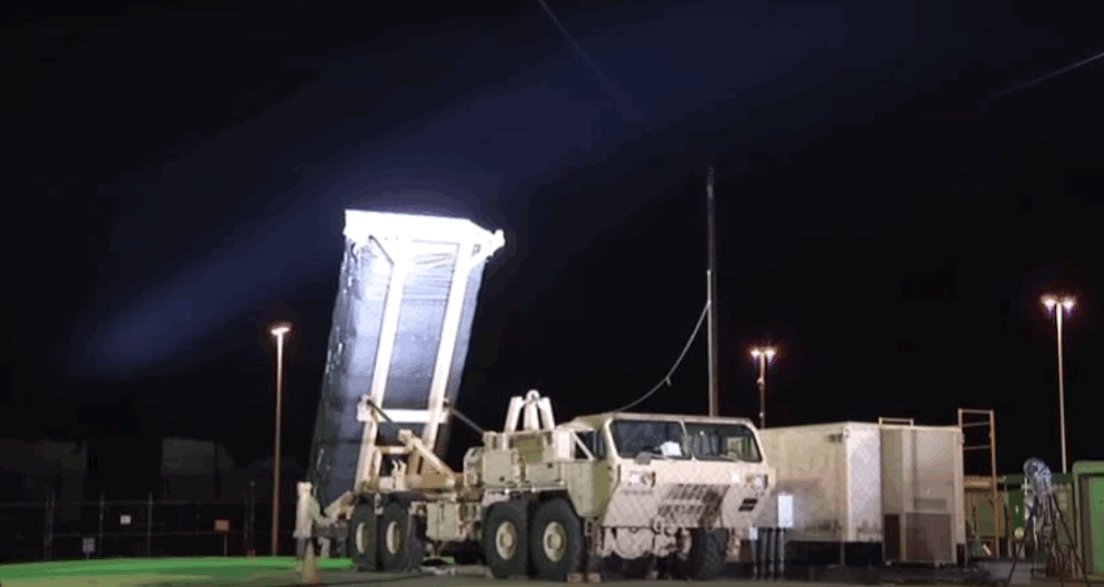 The activists have been blocking the only road leading to the site to prevent possible delivery of further components of the system. They have been stopping and inspecting vehicles they suspect of potentially delivering supplies for the US system. At least one such inspection in early May discovered barrels of gasoline in a truck supposed to be carrying side dishes.

According to Reuters, US Forces Korea had to resort to helicopter deliveries due to the roadblock, further angering local residents with the noise the aircraft produce.

S. Korean THAAD deployment faces delay of up to a year over environmental impact probe

On Wednesday, local police demanded that the activists removed their blockade and stopped the inspections, saying they were illegal, but the protesters said they would stand their ground, according to Korea JoongAng Daily.

On Thursday afternoon, around two dozen villagers and some 30 police officers confronted each other, with a brief scuffle ensuing later in the evening, when the police tried to physically remove plastic tables and parasols from the road before withdrawing.

The confrontation is a far cry from what happened in April, when the authorities had to deploy some 8,000 police troops to the town center of Soseong-ri, where angry residents gathered to express outrage with the secret delivery of THAAD components.

Seoul and Washington agreed to deploy the THAAD system citing a growing missile threat from North Korea. A majority of South Korean public support the move, while the opposition to it has been decreasing. A Gallop poll this week showed that 32 percent of people opposed the deployment, compared to 40 percent in January.

Villagers are blocked by South Korean policemen as they march during an anti-THAAD proest, South Korea, June 14, 2017. © Kim Hong-Ji / Reuters

The decision however came at a cost for South Korean economy, which was hit with retaliation from China. Beijing sees the system as a threat to its national security and apparently responded with undeclared sanctions, curbing the Chinese tourist flow to South Korea and import of goods from that country. Most Chinese outlets of the Lotte Group, the owner of the land plot used for the THAAD battery, were closed for alleged violations of regulations.