How much will F-35 jets cost UK & will they ever be delivered? Even ministers don’t know

How much will F-35 jets cost UK & will they ever be delivered? Even ministers don’t know 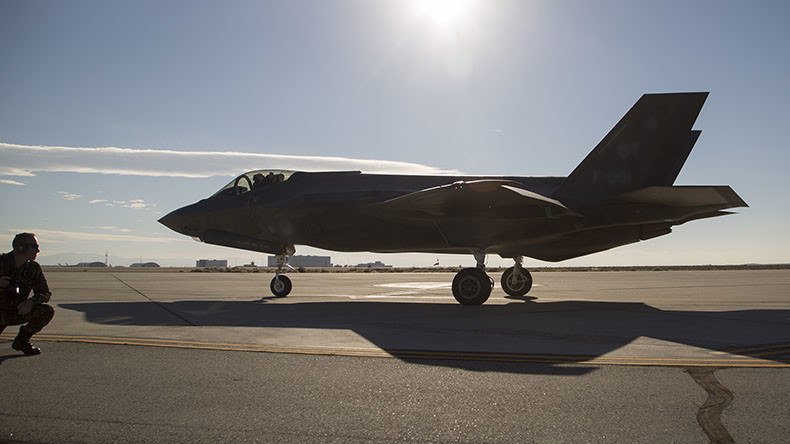 © David Mcnew / AFP
Britain’s Ministry of Defence (MoD) faces fresh embarrassment over its F-35 fighter jet program. Ministers have been forced to admit they don’t know the final cost or delivery date for the US-made planes, which are beset by technical issues.

Experts are reportedly scrambling to work out how the jets will be able to communicate with other aircraft while staying hidden from enemy forces.

The Defence Select Committee heard from MPs on Tuesday after reports on poor performance and struggles within the program, as well as claims in the Times newspaper that the cost of each F-35 jet would be between £130 million and £155 million (US$170 million and $205 million). 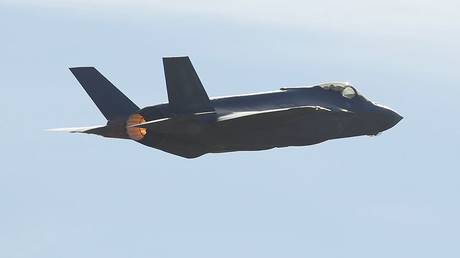 F-35: Can anything else go wrong with Britain’s fighter jet order?

Original estimates by Lockheed Martin were around £100 million. However, ministers were unwilling – or unable – to state a solid figure.

Permanent secretary at the MoD Stephen Lovegrove could not give the cost of a single F-35 for 2017, despite the fact they are due to launch into service in 2020.

The main issue being disputed is the cost of spares and parts after problems were identified with the original design, the Times reports.
Flaws with software, simulators and weapons have been identified, leading to what are expected to be costly modifications.

Jeff Babione, executive vice-president of Lockheed Martin, could not give the cost difference between original pricing and the model with the new parts.

Lovegrove accused the Times of coming up with the cost in a different way, which made it look more expensive, yet did not reveal the true figures. The paper strongly disputed the accusations.

“Beyond that, obviously, we have not gone,” she told the committee.
Britain is set to buy 138 F-35s, and it is claimed that the program will deliver game-changing military capabilities for the UK.

Yet questions marks remain as faults and flaws are reportedly rife.

Existing communications tech in the jets has now been brought into question after it was admitted systems could be intercepted.

When questioned over how the F-35B jump jets would communicate with the Royal Air Force (RAF)’s Typhoon jets, Navy destroyers, and other parts of the military while in stealth mode, it was suggested they could be detected.

MoD officials said a technological solution had been found, but it is not yet funded.

Issues raised in the US are also concerning the military. In December, the Pentagon reported early F-35B aircraft could be too heavy to carry out safe vertical landings. Chief executive of Lockheed UK, Peter Ruddock, insisted there were “no concerns” in this area.

However, the confidence rating on the F-35 Lightning II program