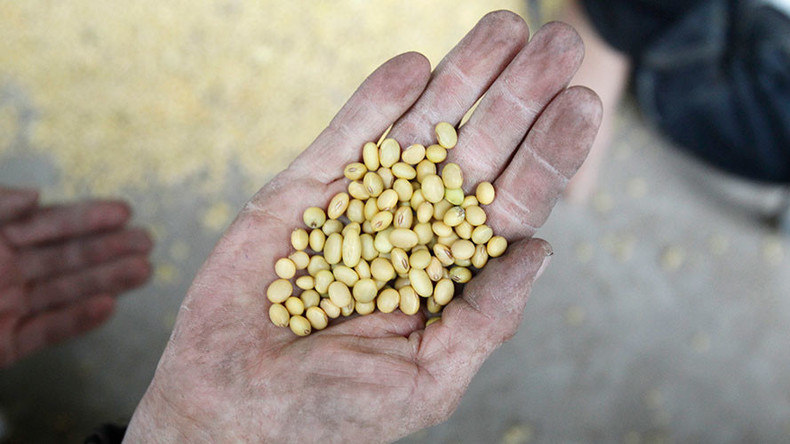 © Kham / Reuters
The US Food and Drug Administration (FDA) has proposed revoking a claim that soy protein can reduce heart disease, saying that subsequent studies have cast doubt on the 1999 assessment.

“Our review of that evidence had led us to conclude that the relationship  between soy protein and heart disease does not meet the rigorous standard for an FDA-authorized health claim,” the agency said Monday.

In 1999, the FDA granted a health claim for labeling manufactured food products containing soy, saying that “25 grams of soy protein a day, as part of a diet low in saturated fat and cholesterol, may reduce the risk of heart disease.”

In 2012, however, the European Food Safety Authority published a scientific opinion on isolated soy proteins and reduction of cholesterol and concluded that a cause-and-effect relationship was not established.

Health authorities say the latest scientific evidence no longer shows a clear connection between soy foods and a lower risk of heart disease.

A 2006 American Heart Association (AHA) review of soy protein benefits found neglibible confirmation for the cholesterol-lowering claim. The panel also found soy isoflavones do not reduce post-menopause or so-called “hot flushes” in women, nor do they lower risk of cancers of the breast, uterus or prostate. In 2008, the AHA said “direct cardiovascular health benefit of soy protein or isoflavone supplements is minimal at best.”

Soybeans are a cheap source of protein for animals feeds and packaged meals. It is a biotech food, in that it has been genetically modified. The world’s leading producers are the US, Brazil and Argentina. 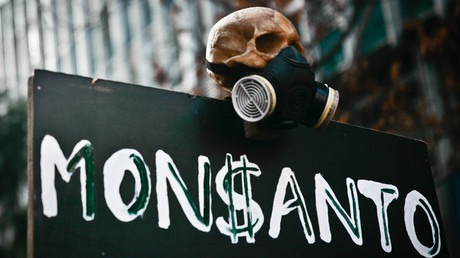 Soy protein comes from the soybean and is used in foods such as salad dressings, soups, breads, breakfast cereals, pasta and pet foods. Vegetarians and vegans rely on soy protein for amino acids essential to human nutrition.

A 100 gram serving provides about 36 percent of protein and 30 percent of carbohydrates for daily consumption. Soybean protein has a biological value of 74, while eggs have 97, according to the UN’s Food and Agriculture Organization (FAO).

While there’s some evidence to suggest a reduced risk of heart disease with a diet of soy protein, the “totality of currently available scientific evidence calls into question the certainty of this relationship,” wrote Dr. Susan Mayne, director of the FDA’s Center for Food Safety and Applied Nutrition.

The agency has long recognized that some foods and nutrients can help reduce the risk of certain diseases or conditions. This would be the first time a health claim has been revoked.

Should the FDA finalized the proposed ruling, it would consider allowing the use of a qualified health claim which requires a lower scientific standard of evidence than an authorized claim.

The move comes as the FDA announced its intent to reevaluate the scientific evidence for certain health claims.