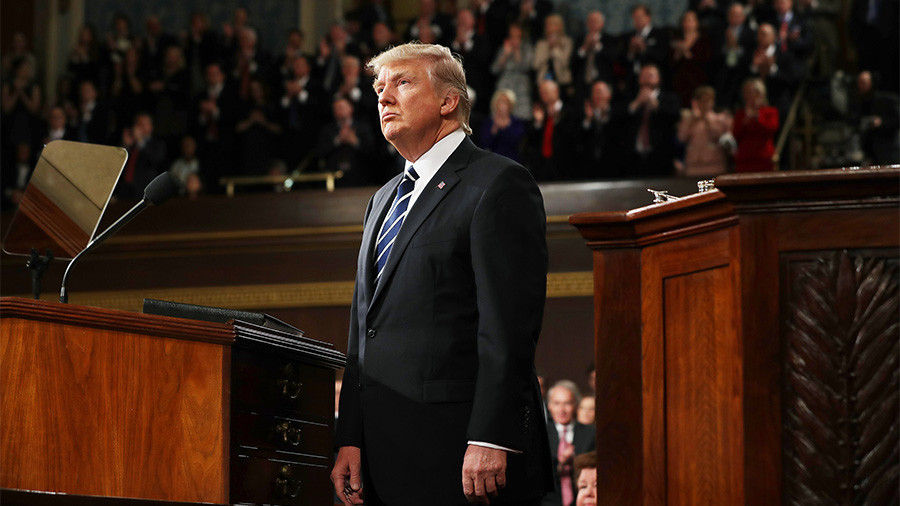 FILE PHOTO: US President Trump addresses Joint Session of Congress in Washington © Reuters
Tens of millions of Americans will tune in to President Donald Trump’s first State of the Union speech, where he is expected to push a bipartisan immigration deal and herald his record on taxes and national security.

Every year the president of the United States makes a speech to Congress and American citizens detailing the state of the economy and outlining their legislative agenda for the coming year. Specifically, the US Constitution stipulates the president’s speech should “give to the Congress Information of the State of the Union, and recommend to their Consideration such measures as he shall judge necessary and expedient.”

Since most high-ranking officials attend the event each year, one member of the president’s cabinet is always selected to stay at a secure undisclosed location outside Washington DC in case of an attack.

The practice of picking a “designated survivor” to take the president’s place began in the 1960s, during the Cold War, when many feared that the capital could be hit with a nuclear attack. Last year, David Shulkin, Secretary of Veteran Affairs, was the designated survivor during Trump’s joint address to Congress.

Trump will deliver his speech from the US Capitol on Tuesday at 9:00pm Eastern Standard Time.

‘It has to be bipartisan’

During the swearing-in ceremony on Monday for the new Health and Human Services Secretary Alex Azar, Trump told reporters he will cover “a lot of territory” in his first State of the Union Address.

“We worked on it hard, covered a lot of territory including our great success with the markets and with the tax cut,” Trump said, according to NBC News. 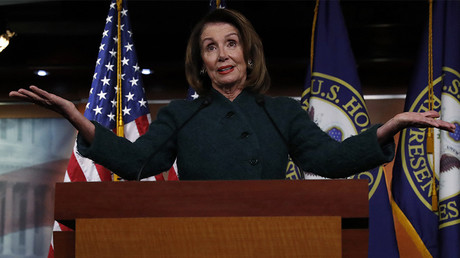 Trump said he will call on Republicans and Democrats to come together on the divisive issue of immigration reform.

“We hope it’s going to be bipartisan because the Republicans don’t really have the votes to get it done in any other way. So it has to be bipartisan, but hopefully the Democrats will join us – or enough of them will join us – so we can really do something great for DACA and for immigration generally,” Trump said.

A senior White House official confirmed that the tone of Trump’s speech “will be one of bipartisanship.”

“You can expect the president will be speaking from the heart,” the unnamed source told CBS News.

Trump also said he will talk about international trade deals, which he described as being “one-way” in the past.

“The world has taken advantage of us on trade for many years and, as you probably noticed, we’re stopping that, and we’re stopping it cold and we have to. We have to have reciprocal trade,” Trump said.

Trump is also expected to talk about his $1.7 trillion infrastructure plan and the need to rebuild the military and focus on national security.

White House Press Secretary Sarah Huckabee Sanders told reporters at Monday’s press briefing that the theme of Trump’s speech will be “building a safe, strong, and proud America,” adding that it will be “must-watch TV.”

When asked how Trump would describe the union’s state currently, Huckabee Sanders said Trump will give an optimistic speech.

“Look, we’ve got an economy that is booming. ISIS [Islamic State] is on the run. We’re remaking the judiciary in a way that actually believes in upholding the Constitution,” she said. “There are some great things happening in this country, and I think you can expect to hear the President talk about a lot of those — not only what we’ve been able to do in the first year, but all of the great things that we’re going to do in the next seven years after this.”

Sticking to the script

While Trump is notorious for going off-script during his campaign-style rallies, he is expected to stick to his lines during his State of the Union speech.

When Trump first addressed Congress in February 2017, he mostly read from the teleprompter, a move that some of his staunchest critics praised as “presidential.” Trump also largely stuck to the script during a speech he made to the World Economic Forum in Davos, Switzerland last week.

However, Trump was booed by the audience in Davos when he went off topic and said the press has been “nasty,” “mean”and “vicious.” 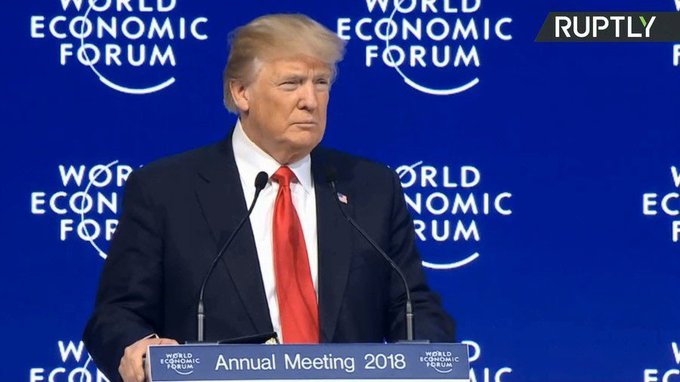 On Monday, the White House released a list of the special guests that will be seated with First Lady Melania Trump during the president’s speech.

The guests include retired US Marine Corporal Matthew Bradford, who stepped on an improvised explosive device (IED) when he was deployed to Iraq in 2017. Bradford lost sight in both eyes as a result of the explosion, which also took both of his legs. He later became the first blind, double amputee to re-enlist in the Marine Corps after multiple surgeries.

Very proud that my National Security Fellow, Corporal (Ret.) Matthew Bradford, @bionikmatt5, will attend the #SOTU as a special guest of @realDonaldTrump & @FLOTUS. He has inspired Kentucky and will inspire the entire nation! #NolegsNovisionNoproblem https://www.whitehouse.gov/briefings-statements/president-donald-j-trump-first-lady-melania-trump-announce-special-guests-state-union-address/ …

Other special guests include Corey Adams, a welder from Dayton, Ohio, who said he and his wife were able to buy a house and invest money for their children’s education after the Republicans passed their tax reform bill. 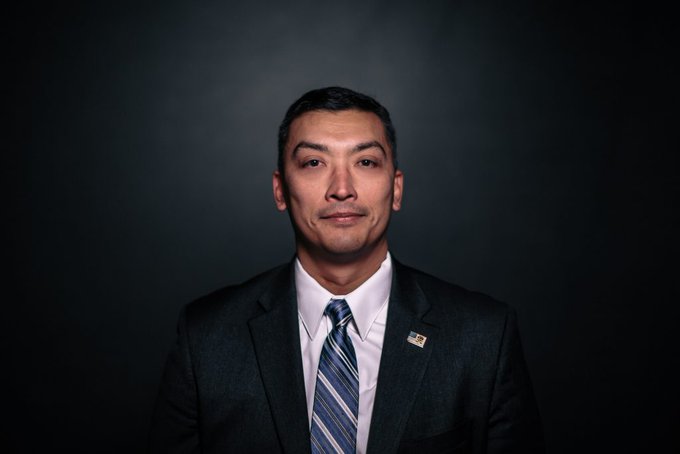 Meet some of the special guests that will be seated with @FLOTUS at the President’s first #SOTU address: http://45.wh.gov/XQ6oas

The other guests include the parents of two children murdered by MS-13 gang members, the founder of a rescue and recovery organization that provides aid to those affected by Hurricane Harvey, and a firefighter who helped save lives in southern California.

The ‘uniom’ is spelled wrong

However, guests may have to wait for their tickets to be reprinted, after the originals reportedly misspelled “union” as “uniom,” according to a screenshot from Senator Marco Rubio (R-Florida). 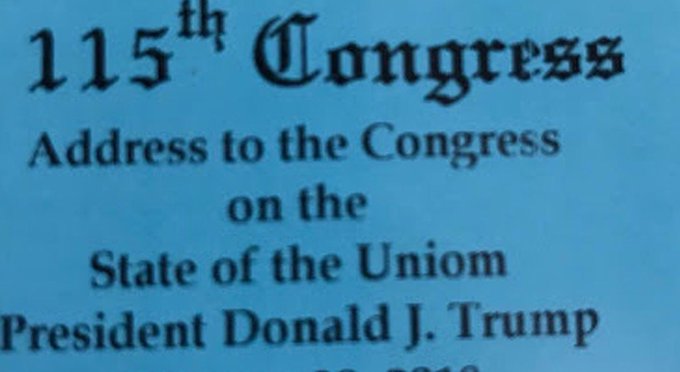 Looking forward to tomorrow’s State of the Uniom.

Other lawmakers also posted pictures of the tickets on Twitter, with many mocking the administration for their typo.

Rep. Raja Krishnamoorthi (D-Illinois) said this is “the last year I go to a scalper for tickets to the ‘State of the Uniom.’” 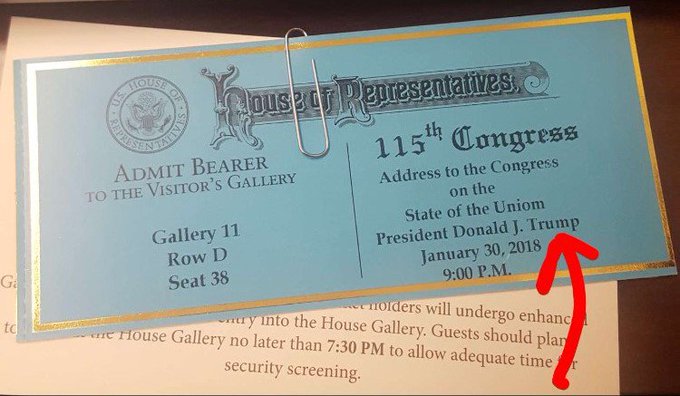 This will be the last year I go to a scalper for tickets to the “State of the Uniom.” #SOTU

“Looks like Betsy DeVos was in charge of spell checking,” Grijalva tweeted. 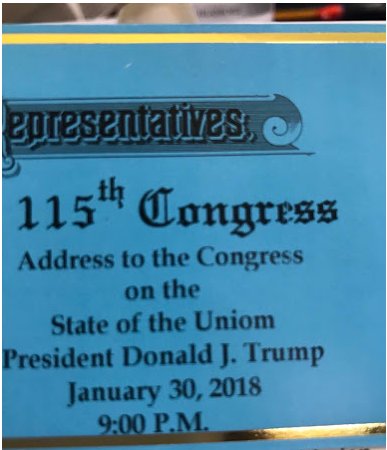 Just received my ticket for the State of the Union. Looks like @BetsyDeVosEd was in charge of spell checking… #SOTUniom

At least 11 Democratic lawmakers have announced they will boycott the State of the Union this year. Many of those boycotting Trump’s speech said they were doing so due over his recent comments about the US limiting immigration from certain “s***hole countries.”

Rep. Bobby Rush (D-Illinois) said he refuses to attend the speech because Trump’s presidency is “built on racism, stupidity, and lies.”

“This has been the most chaotic, divisive, and incompetent first year of any administration and I will not sit and watch as Trump pretends that he’s off to a successful start. He’s not,” Rush said in a statement Monday.

Over Martin Luther King, Jr. weekend, Rep. Pramila Jayapal (D-Washington) announced she will not attend the speech, citing the “racism and the hatred coming out the White House.”

Jayapal said she will be joining other members of Congress for a “State of Our Union” gathering, during which lawmakers will discuss their “opposition to these racist policies that are being put out of the White House.” Jayapal added that the group will give their own “progressive vision of what our America looks like as we take it back.” 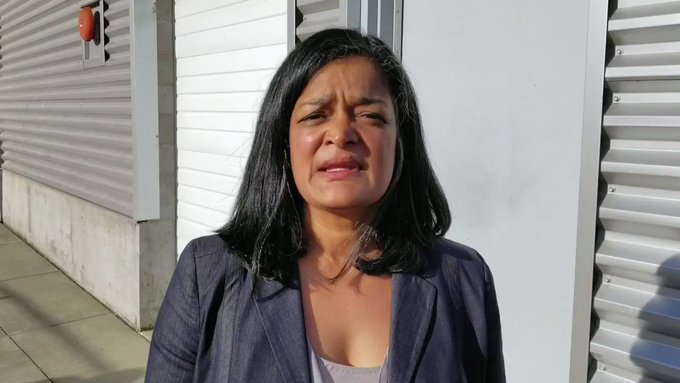 ANNOUNCEMENT: With all the racism coming from the White House, I will NOT be attending @realDonaldTrump‘s State of the Union.

Instead, we’ll focus on the State of OUR Union, our opposition to his agenda, and we will lift up a progressive and inclusive vision of our country.

Rep. Earl Blumenauer (D-Oregon) will not attend, but will send Aldo Solano, an undocumented immigrant and Deferred Action for Childhood Arrivals (DACA) recipient, in his place. 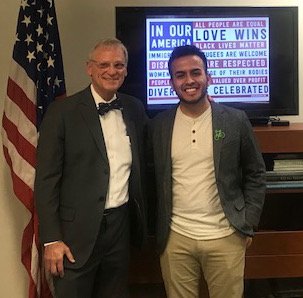 I am delighted to send Aldo Solano to attend Trump’s State of the Union address in my place. Trump’s disastrous policies have destroyed lives and impact real people who call our country home. We can’t let Aldo down.

Rep. Maxine Waters (D-California), who has been an outspoken critic of President Trump throughout his administration, will also be boycotting the State of the Union. In addition to ditching the event, Waters will deliver a response immediately following Trump’s speech on the BET program “Angela Rye’s State of the Union.”

Supreme Court Justice Ruth Bader Ginsburg said she will not attend the State of the Union Address this week. Instead, she will be in Rhode Island to speak to Roger Williams University law school students. She was famously caught dozing off during the 2015 State of the Union and later admitted to not being “100 percent sober.”

Senator Kirsten Gillibrand (D-New York) announced she will attend the State of the Union with San Juan Mayor Carmen Yulín Cruz as her guest to “remind the president and my colleagues in Congress of our urgent responsibility to help Puerto Rico fully recover and rebuild.”

I hope Mayor Cruz’s presence at #SOTU will remind the president and my colleagues in Congress of our urgent responsibility to help Puerto Rico fully recover and rebuild. Our fellow citizens must not be forgotten or left behind.

Trump previously attacked Cruz for her “poor leadership” after she criticized the Trump administration for spinning the situation in Puerto Rico after Hurricane Maria.

‘People’s State of the Union’

On Monday, celebrities and activists hosted their own “People’s State of the Union” in New York City. The event included speeches from actors Mark Ruffalo, John Leguizamo, Whoopi Goldberg and director Michael Moore, and many more. 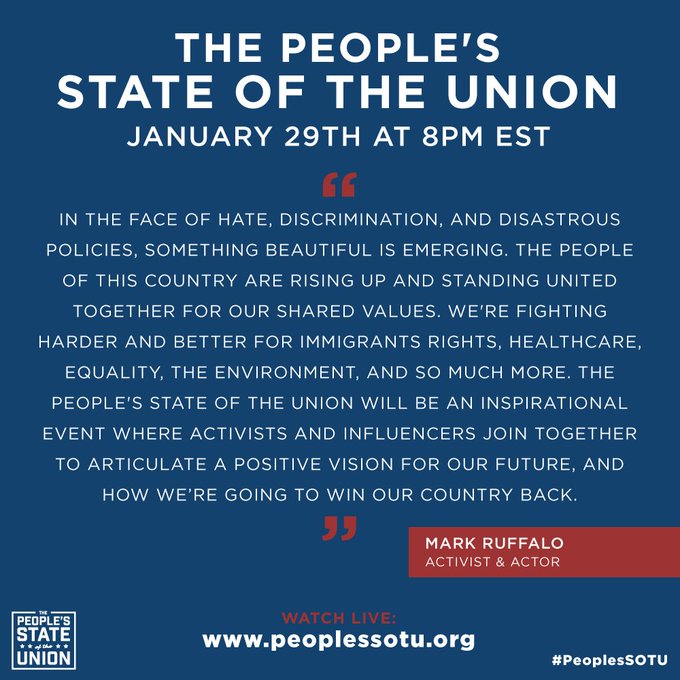 #PeoplesSOTU: Jan. 29th we celebrate the #ResistanceMovement & map out the plan to win in 2018. We send @realdonaldtrump a message: we will #Vote2018. RSVP for the live stream here: http://bit.ly/2DFCFwh  h/t @markruffalo

The event also featured representatives from left-wing organizations, including Planned Parenthood, United We Dream, the Women’s March and CREDO Mobile.

The event is sponsored by MoveOn.org, an organization funded by billionaire George Soros, to serve as a celebration of “the remarkable growth and success of the Resistance Movement.”

According to the event’s Facebook page, the event will focus on outlining a plan for 2018, focusing on “voter rights, voter registration, and voter turnout.”