Forget the NHS, spend on defense – US ambassador tells UK

Forget the NHS, spend on defense – US ambassador tells UK 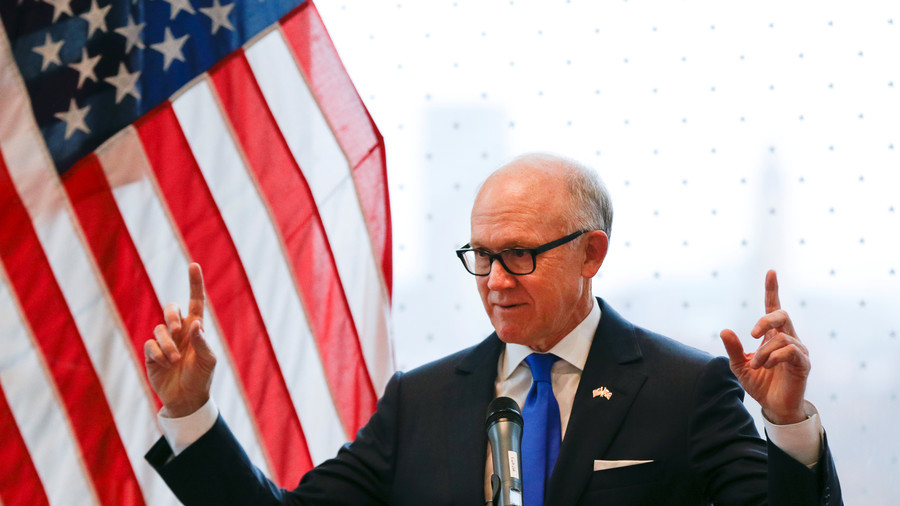 © Reuters / Reuters
Woody Johnson, the US ambassador to the UK, has said that Britain should spend more on military defense at the expense of the NHS, insisting there needs to be ‘trade-offs’ to ensure security and to remain a strong US ally.

The current owner of American Football team, the New York Jets, Johnson has been serving as Donald Trump’s US ambassador to the UK since January this year. Parroting a Trumpian trope, Johnson warned that his boss doesn’t want to bankroll fellow NATO countries such as Britain to safeguard their security – claiming they needed to pay their way on the world stage.

The US ambassador was talking in relation to Britain’s ambition to buy 138 of the F-35 Lightning II next generation warplanes, as reported in The Times. Some 15 jets have reportedly been bought so far, with military officials committing to an additional 33 by 2025.

It may not come as a surprise to some in the UK that an official from the US, a country which views good healthcare not as a right, but something that should be determined financial capability, is advising its ‘close ally’ to ditch increased spending on the NHS to ward off supposed threats to national security from ‘enemies’ such as Russia.

READ MORE: Want to lose your virginity again? It’s possible with the NHS… and over 100 women have done it

Johnson added: “You’re going to have to make trade-offs and go through the emotional and practical and philosophical arguments in terms of what you want to do, what you want to be, how important is defense? How you want to be perceived, by the US, but also by Russia and others?”

The ambassador’s intervention comes on the back of suggestions that there is a black hole in the region of £20 billion ($27 billion) in the UK Ministry of Defence’s budget over the next decade, reports Forces Network.

Category: The destruction of the N.H.S, War Machine