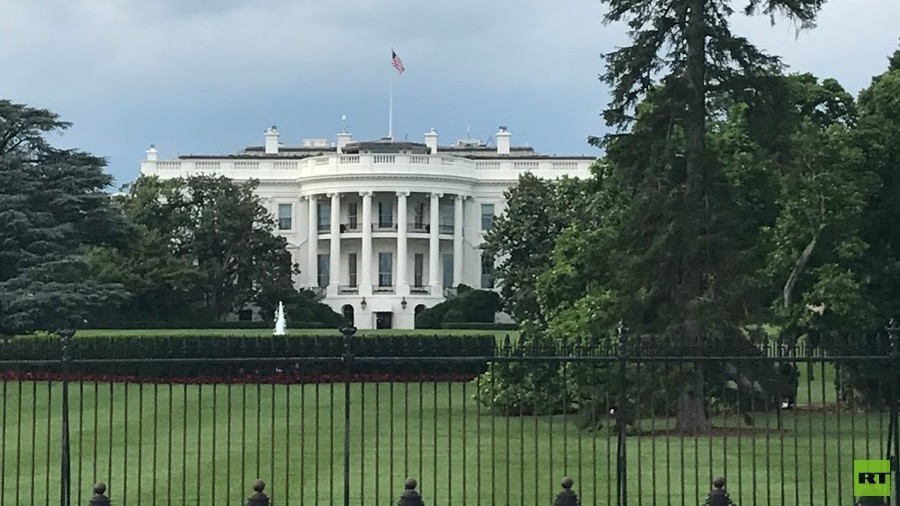 The White House, Washington, DC © Nebojsa Malic / RT
US President Donald Trump has invited his Russian counterpart to visit Washington “in the fall” and the trip is already being discussed, the White House said.

In Helsinki, @POTUS agreed to ongoing working level dialogue between the two security council staffs. President Trump asked @Ambjohnbolton to invite President Putin to Washington in the fall and those discussions are already underway.

Trump and Putin met on Monday in Helsinki, Finland, their first summit since Trump took office in January 2017. The US president has faced a withering wall of opposition at home, however, both from Democrats who have accused him of “collusion” with Russia during the 2016 election and some in his own party who consider Russia an enemy not to be talked with.

Earlier on Thursday, Trump tweeted he was looking forward to the second meeting with Putin, so they could start implementing “some of the many things discussed, including stopping terrorism, security for Israel, nuclear proliferation, cyber attacks, trade, Ukraine, Middle East peace, North Korea and more.”

“There are many answers, some easy and some hard, to these problems…but they can ALL be solved!” the US president added.

The Summit with Russia was a great success, except with the real enemy of the people, the Fake News Media. I look forward to our second meeting so that we can start implementing some of the many things discussed, including stopping terrorism, security for Israel, nuclear……..

….proliferation, cyber attacks, trade, Ukraine, Middle East peace, North Korea and more. There are many answers, some easy and some hard, to these problems…but they can ALL be solved!

In an interview with CNBC, Trump called his predecessor Barack Obama “a total patsy” for Russia and argued he’s been the toughest US president on Russia ever.

Hours before Sanders made the announcement, the Senate voted unanimously to “refuse to make available any current or former diplomat, civil servant, political appointee, law enforcement official or member of the Armed Forces of the United States for questioning by the government or Vladimir Putin.”

The non-binding resolution was in response to an offer made by Putin in Helsinki, for US and Russian officials to interrogate suspects under a 1999 treaty on law enforcement cooperation.

Putin has visited the US seven times previously, beginning with the UN Millennium Summit in September 2000. His most recent visit was in September 2015, according to the State Department, where he met then-President Barack Obama on the sidelines of the UN General Assembly meeting in New York.