Farage considers running for mayor of London; would you vote for him? [ALL LONDONERS SHOULD VOTE FARAGE BUT THEY’RE ALL EU BRAINWASHED]

Farage considers running for mayor of London; would you vote for him? (POLL) 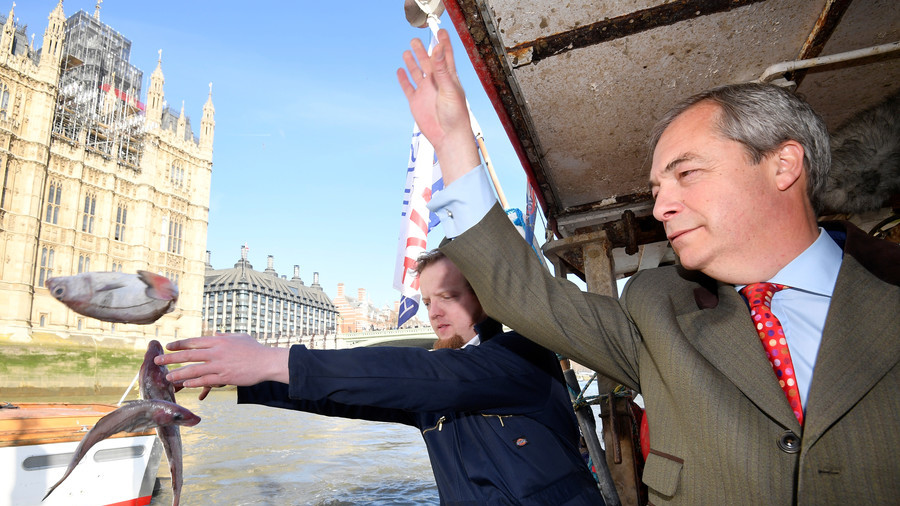 Brexit campaigner Nigel Farage, London, Britain. March 21, 2018. REUTERS/Toby Melville
Despite failing on seven occasions to become an MP, former UKIP leader Nigel Farage is considering a bid to become the mayor of London in 2020, in a move that could see him go head-to-head with incumbent Sadiq Khan.

“I have been encouraged to [stand] by a group of people, but that doesn’t mean I’m going to. I haven’t said no to it, I’m thinking about it.

“The Tory party are very actively aware that if I did stand, they would probably come third, and they are afraid of that,”Farage said. 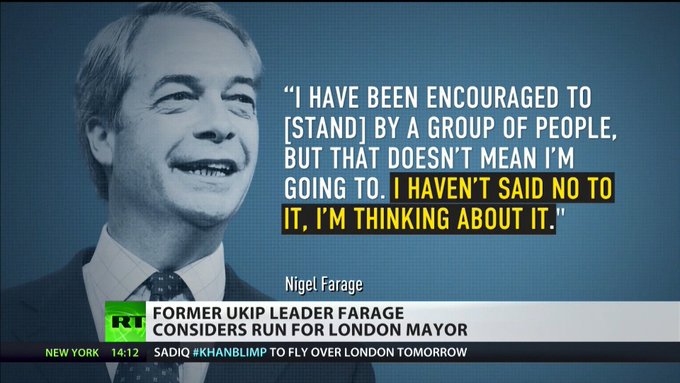 “I haven’t said no to it, I’m thinking about it” says @Nigel_Farage who’s considering running for London mayor against @SadiqKhan.

Would you vote for him?

The Tories are currently selecting their candidate for the 2020 election, although many top Conservatives are reportedly not interested in the job.

The role is high on profile, low on power; the chief responsibilities include policing, housing and transport, and it could be the perfect vehicle for the media-savvy Farage to remain in the limelight. The capital could prove inhospitable for the hard-right Eurosceptic – Labour controls a majority of the city’s constituencies while the EU referendum saw almost 60 percent of London voters opting to stay in the bloc.

Would you vote for Nigel Farage to be London Mayor?
Online Quiz Maker

However, Boris Johnson’s tenure as mayor from 2008 to 2012, overseeing the London Olympics, may give the Ukipper some hope.