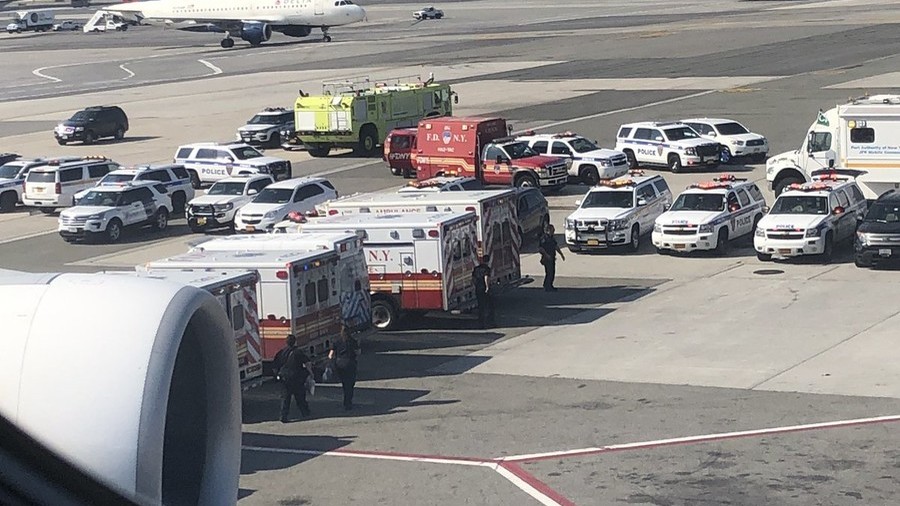 View from inside Emirates Flight 203 with waiting ambulances © Twitter/@LarryCoben
New York counter-terrorism police are “monitoring” the ongoing quarantine of an Emirates airplane at JFK airport in New York, after 100 people reportedly fell ill during a flight from Dubai.

Emirates Airline Flight EK203 touched down in New York around 9am ET Wednesday after the pilot contacted air traffic controllers, telling them that many of his 500 passengers appeared to be sick with fevers over 100 degrees Fahrenheit (37.7 C) and several of them were coughing. 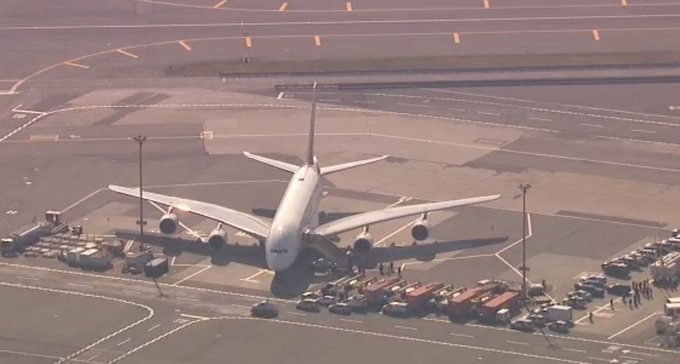 BREAKING: An Emirates A380 in quarantine at JFK Airport right now awaiting CDC officials after about 100 passengers became ill with fevers over 100 degrees and coughing. Flight 203 had just arrived from Dubai.

The Airbus A380 was met by rows of ambulances and police vehicles from Port Authority Police and the Centers for Disease Control and Prevention (CDC).

Rather than going to a terminal, the aircraft was instead directed to a hard-stand area so that  emergency medical response teams could investigate.

NYPD’s Counter-Terrorism unit said it was “monitoring” the quarantine in case the incident progressed above a medical situation and that it was working with the Port Authority and federal partners. 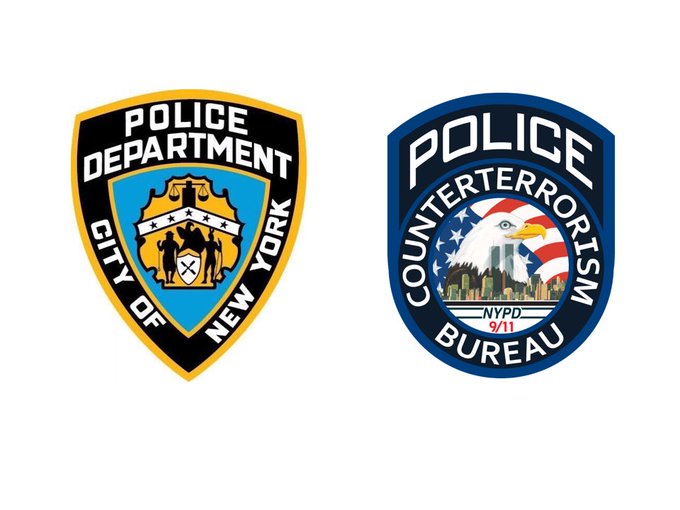 Monitoring what appears to be a medical situation at JFK airport. We are working with the Port Authority and our Federal partners.

Photos, taken by passengers inside the plane, show the flight crew leaving the aircraft. Passenger Larry Coben tweeted: “All we have been told is that some passengers have fallen ill and we should remain in our seats.”

He said that he had seen “no evidence of illness,” but added that Flight 203 has “two levels”.

In a statement, Emirates confirmed that “about 10 passengers” on the Dubai to New York flight had become ill, adding that the appearance of health authorities at the scene was “a precaution.”

Statement: Emirates can confirm that about 10 passengers on #EK203 from Dubai to New York were taken ill. On arrival, as a precaution, they were attended to by local health authorities. All others will disembark shortly. The safety & care of our customers is our first priority.

“All others will disembark shortly. The safety & care of our customers is our first priority,” the statement read.

In the last hour, CDC officials boarded the aircraft, allowing passengers to disembark with a CDC disease prevention form and taking their temperatures.

Deplaning and having temperature taken

After taking the bus towards the terminal building, Coben reported getting through customs safely and was on his way home commenting, “others are well.” However, it remains unknown if that means all of the flight’s passengers as no official confirmation has been made.

Happy to report that I am through customs and on my way home. Others as well