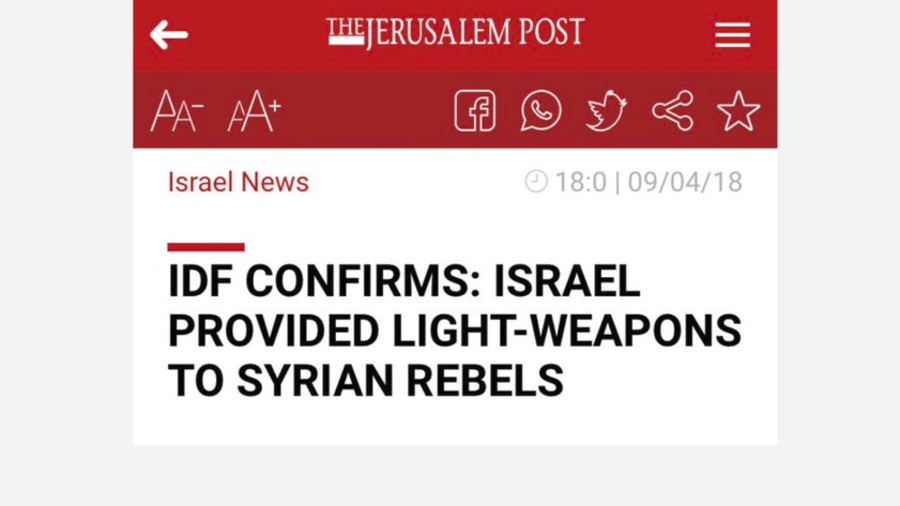 © Jerusalem Post
The IDF has confirmed that it provided weapons to Islamist rebels in Syria’s Golan Heights, the Jerusalem Post reported. However, the article was removed without explanation hours after being published.

The report, ‘IDF confirms: Israel provided light-weapons to Syrian rebels,’  claimed that the Israeli military acknowledged for the first time that it had provided money, weapons and ammunition to militants operating near the border with Israel.

The article was removed shortly after being published, but a version of the article can still be read using Google cache. The IDF told RT that it would not comment on the story, and the Jerusalem Post has not responded to an inquiry asking why the article was pulled. 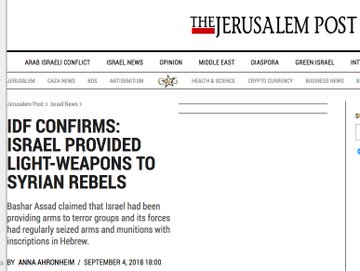 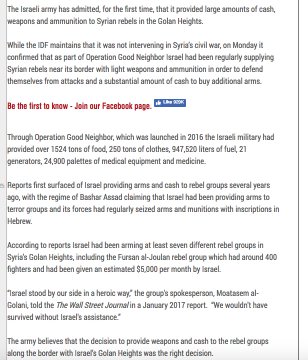 The Israeli army has officially admitted that it provided large amounts of cash, weapons, and ammunition to extremist Syrian rebels.

This inconvenient fact will of course be ignored by the regime-change shills who absurdly claim to be “pro-Palestinian.”http://archive.fo/PFSjV

The lethal aid was apparently part of Operation Good Neighbor which, until now, was billed as a humanitarian aid program. Launched in 2016 by the Israeli military, the operation purportedly provided large quantities of food, clothing, fuel and medical supplies to those living in the Syrian Golan. The operation was shuttered in July, after the Syrian Army retook the area. 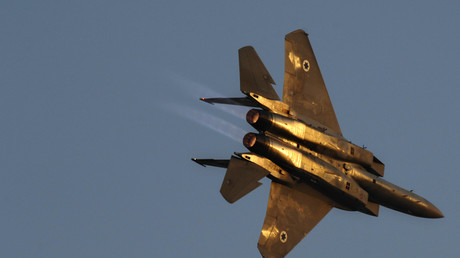 However, it has long been suspected that Israel was also furnishing weapons to Islamist groups operating in the contested border region, in the hope of creating a “buffer zone” against Hezbollah and Iranian forces operating in southern Syria. Damascus has previously claimed that weapons captured from Islamist groups in the Golan had Hebrew inscriptions.

The Wall Street Journal reported last year that Israel was “regularly supplying” Syrian rebels with cash to “help pay salaries and buy ammunition and weapons.” The Israeli military declined to confirm the report’s claims, noting only that Israel was committed to “providing humanitarian aid to the Syrians living in the area.”

The deleted report comes on the heels of another major disclosure: On Monday the IDF announced that Israel has carried out more than 200 strikes in Syria in the past year and half.

The Israeli military usually declines to comment on missile strikes attributed to Israel, although Tel Aviv has repeatedly claimed that it has the right to attack Hezbollah and Iranian military targets inside Syria. Damascus has repeatedly claimed that Israel uses Hezbollah as a pretext to attack Syrian military formations and installations, accusing Tel Aviv of “directly supporting ISIS and other terror organizations.”