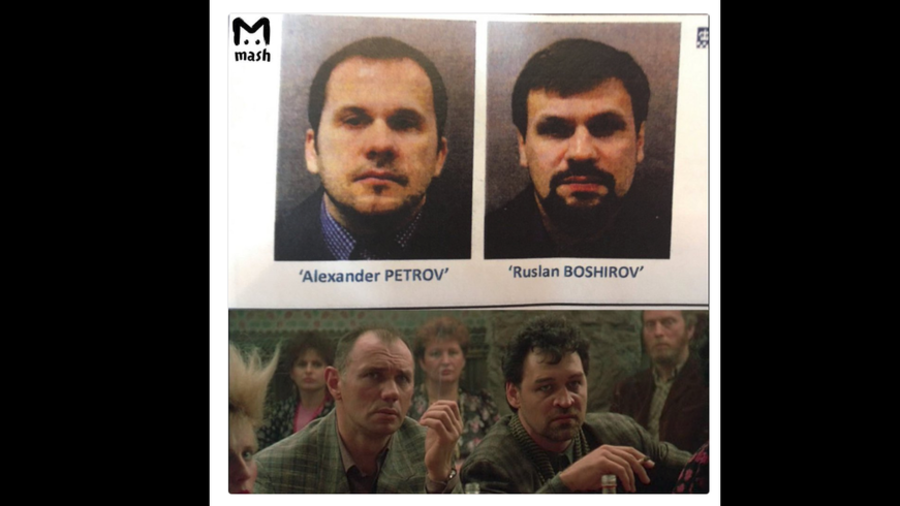 @sergeyseregin79 / Twitter
The latest plot twist in the Salisbury poisoning case has evoked fond memories of trashy ’80s action films, with users on Twitter comparing photos of the just-accused pair of “GRU agents” to the Soviet villains in ‘Red Heat.’

The photographs of ‘Ruslan Boshirov’ and ‘Alexander Petrov’ – the two men now accused by the UK of poisoning ex-Russian double agent Sergei Skripal and his daughter Yulia in Salisbury in March – reminded some observant Twitter users of the Georgian drug kingpin and his associate from the 1988 action film.

Others tried to imagine what the two ruthless Russian military intelligence agents would look like when dressed in their official Novichok uniforms. 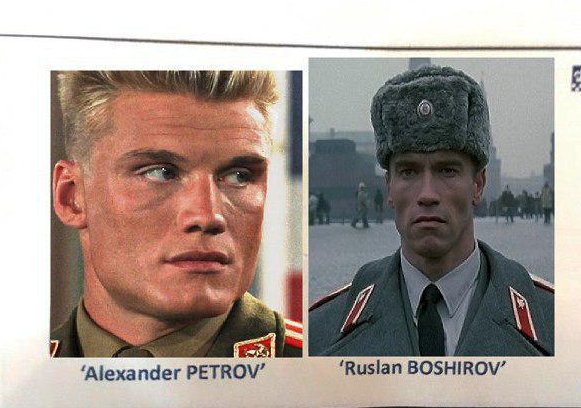 The names of the two suspects are also somewhat noteworthy – mostly for their total lack of noteworthiness.

Others observed that a search for ‘Alexander Petrov’ returns more than 70,000 results on Russian social media site VKontakte. 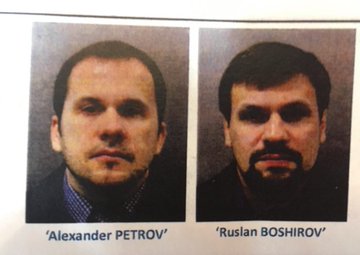 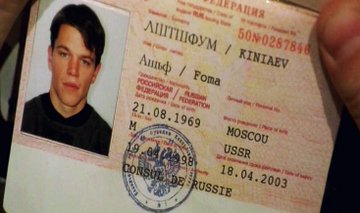 There are at least 70’499 Alexander Petrovs according to Google & VK.

A perfect name for a Russian Spy… Learn it, Mr. Bourne!

The Salisbury case has always had an oddly theatrical ring to it. The very term ‘Novichok’ was popularized by British-American spy drama Strike Back. 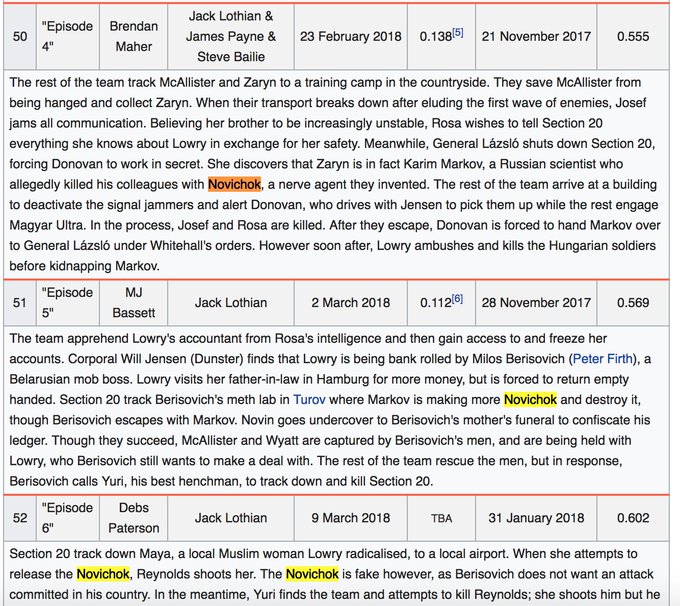 It’s strange that a British-American intelligence TV drama Strike Back had several episodes featuring Novichok nerve agent and Evil Russkies last year. Someone orchestrating political theater in the UK watches a lot of TV, or is advised by its producers. https://en.wikipedia.org/wiki/Strike_Back:_Retribution …

It seems that with all things Russia-related, media reports based on unproven government claims imitate art.