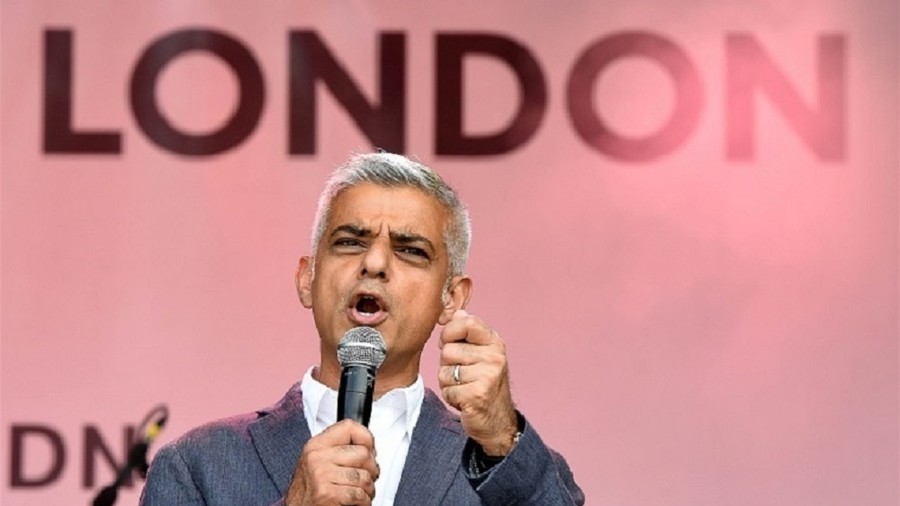 Sadiq Khan, Mayor of London speaks as Londoners take to Trafalgar Square to celebrate Eid. June 22, 2018 © Pete Maclaine / Global Look Press
A former superintendent for the London Metropolitan Police has accused Mayor Sadiq Khan of failing on crime prevention in the capital, which has led to “young people dying on the street.”

In a scathing attack on the London mayor, former top London Met Police official Leroy Logan accused Khan of having “no coherent strategy,” saying that his “enforcement approach” is failing to build trust among communities due to its lack of a “wider holistic approach.” 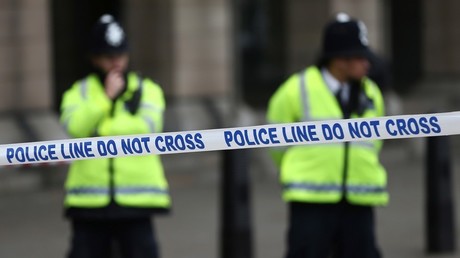 The retired Scotland Yard officer, who advised Khan on crime policy, told the Evening Standard: “The results speak for themselves, he is failing and unfortunately there are young people dying on the street because of that.”

Logan claimed that Khan had “no real coherent strategy where you can say that everyone knows where they fit. There is just an enforcement approach. He has a strategy, but it is not getting into the wider holistic approach that you need.”

One of Khan’s manifesto commitments was to “challenge gang culture and knife crime head-on,” with a pledge to restore neighborhood policing.

However, current crime figures illustrate a worrying upward trend in certain offences being committed. The number of robberies has risen significantly, by 22 percent, in the 12 months to July, while knife crime has increased by 12 percent during the same period. Violent crime has gone up by five percent.

This year has seen more than 100 homicide investigations. The latest police inquiry was launched on Monday, after a 22-year-old-man, named locally as Ismail Tanrikulu, was found shot dead in a Tottenham cemetery.

Logan, a former chairman of the Black Police Association Charitable Trust, claims that he told Khan during the lead-up to his 2016 election to focus his crime prevention strategy on London’s citizens. 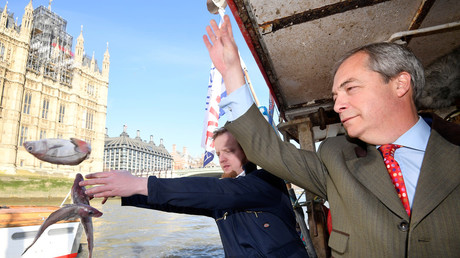 Farage considers running for mayor of London; would you vote for him? (POLL)

“I made it clear to Sadiq that his agenda needed to be citizen-focused and the Met had to be accountable. I made it clear you cannot stop-and-search or arrest your way out of the problem; you have to have a partnership approach. But as soon as he was in office he turned his back on a lot of that.”

Logan did concede that the mayor had “inherited a poisoned chalice from Boris Johnson,” with crime already on the rise, in particular gang-related and violent crime.

Khan has defended his strategy, highlighting the creation of a dedicated Violent Crime Taskforce, with over 150 police officers focused solely on the issue. “I’ve brought the police together with local councils, charities, community groups and others to work on a public health approach to tackling knife crime,” he added.