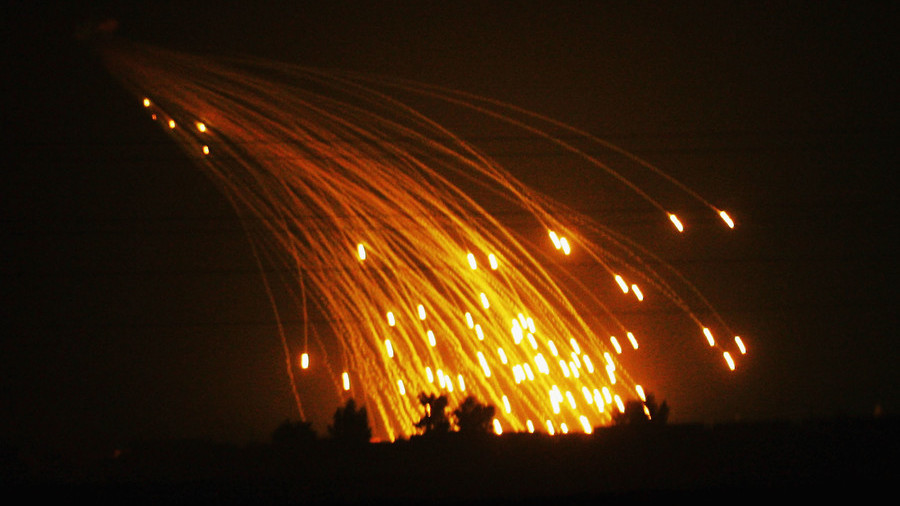 Two F-15 jets on Saturday bombed the town of Hajin with white phosphorus incendiary munitions, banned under the Geneva Convention, according to the Russian Center for Reconciliation in Syria. 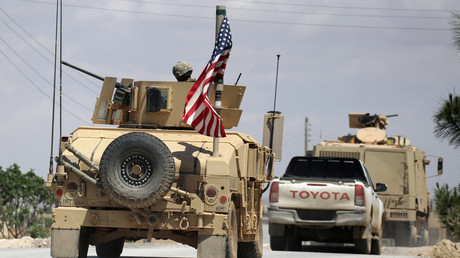 “Following the strikes, large fires were observed in the area,”Lieutenant-General Vladimir Savchenko said Sunday. There’s still no information on casualties caused by the bombing run, he added.

The use of any incendiary munitions in populated civilian areas was banned by the 1980 Protocol III of the Convention on Certain Conventional Weapons. The US signed the protocol back in 2009.

White phosphorus, however, is also used for smoke screens and signals, which are not banned under the Convention. The loophole allows several nations, including the US, to keep the white-phosphorus based weapons in their arsenal.

The chemical burns when it comes into contact with oxygen, producing high-temperature heat and white smoke. Exposure to burning phosphorus causes deep burns, which are very hard to heal, while its fumes are highly toxic.