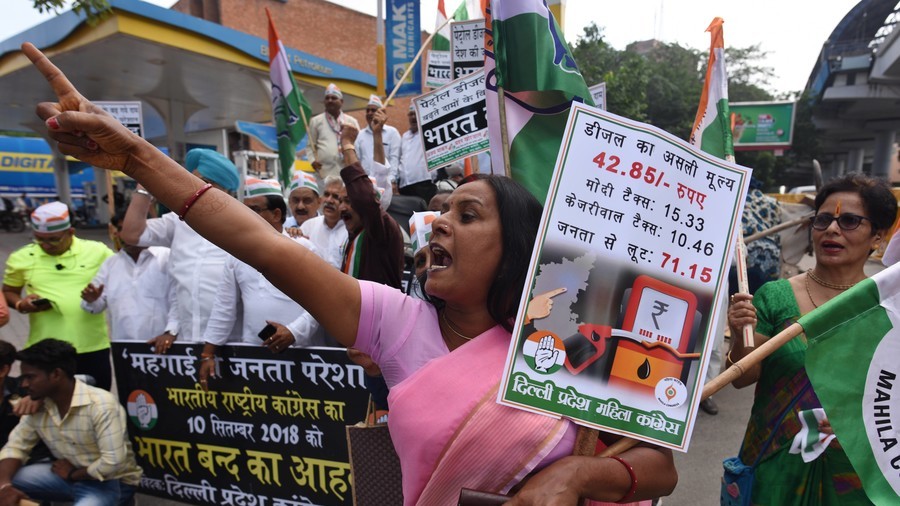 © Global Look Press/ Hindustan Times
A nationwide strike against record-high fuel prices in India has seen violence and disruption across the country. Schools and businesses were shut down, transport services were disrupted and vehicles vandalized.

With elections looming in nine months’ time, India’s Congress and 21 other political parties marched on Monday to protest what they say is the government’s failure to cap soaring fuel prices, including diesel and petrol.

According to local media outlets, petrol pumps were set ablaze while state-run buses and trains were vandalized and pelted with stones as part of the ‘Bharat Bandh,’or national strike.

Some 300 Congress functionaries were arrested in Gujarat, the hometown of Prime Minister Narendra Modi, the Hindustan Times reports.

When international oil  prices shot up, past governments would lower taxes, but Modi has until now fallen short of giving any such concessions.

Congress leader Rahul Gandhi said the PM’s policies are to blame for workers seeing “no light” at the end of the tunnel as soaring prices empty their pockets, while 15-20 corporations reap all the benefits.

INDIA : Bharat Bandh : Incidents of violence have marred protests against hike in petrol and diesel prices. (Picture with thanks ZEE News) 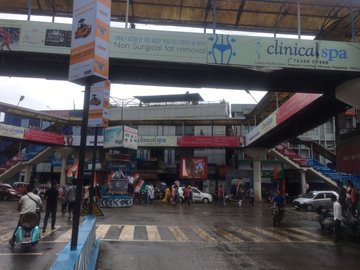 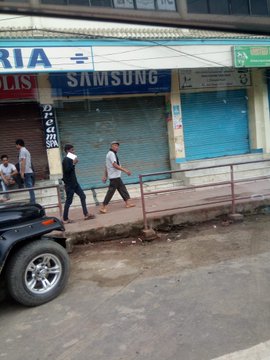 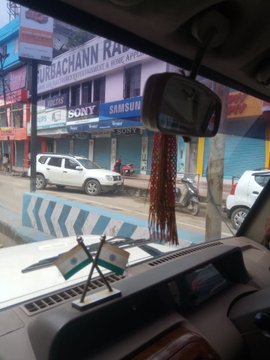 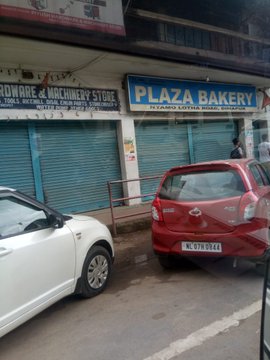 Late report from Nagaland on #BharatBandh.
No volunteers to man bandh yet most of the shop owners down their shutters irrespective of party affiliations to express solidarity with the suffering of the masses. Should we continue to face the brunt of an irresponsible Government?

“Today, the entire opposition is sitting together. All of us will work together to oust BJP,” Gandhi said, according to the Times of India newspaper. “Narendra Modi is silent, he has not spoken a word on rising prices of fuel,” he added. 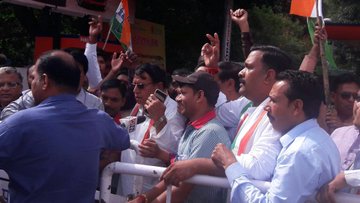 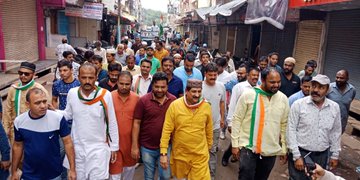 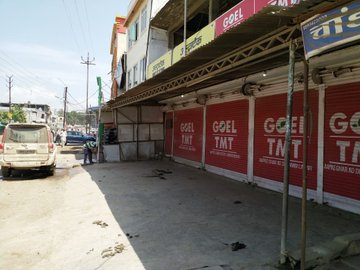 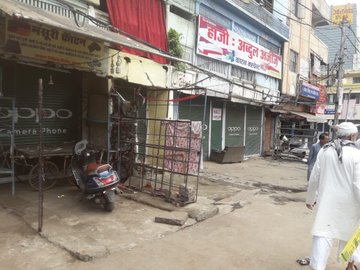 The BJP, however, rejected the accusations, saying that while it acknowledges there are “momentary difficulties” the people of India do not support the strike. “People know the truth, there is no role of government in fuel hike. It is due to external factors,” Union Minister Ravi Shankar Prasad said at a press conference, according to the Hindustan Times.