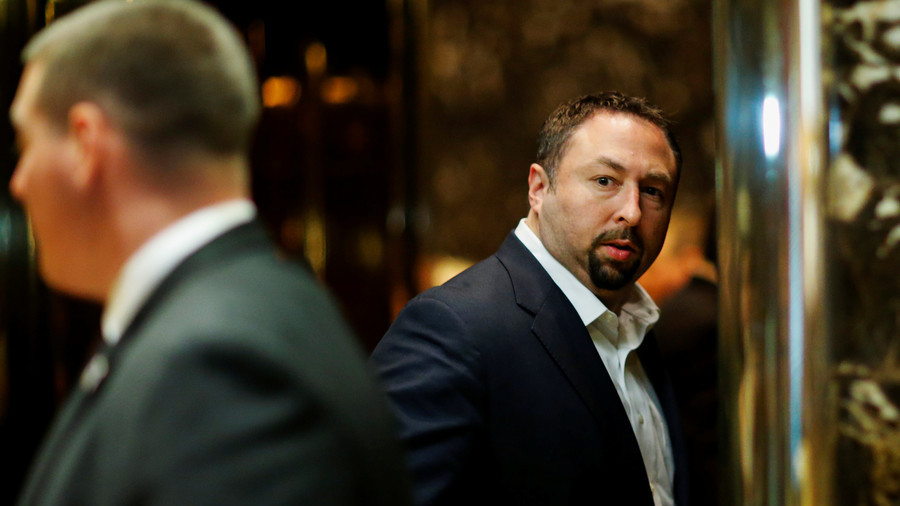 Former Trump campaign communications advisor and CNN pundit Jason Miller © Eduardo Munoz/Reuters
US news network CNN is facing calls to drop ex-Trump aide Jason Miller from its pundit roster, after court documents were leaked accusing him of drugging with an abortion pill a pregnant woman he had an affair with.

The court documents obtained by the website Splinter come from the custody battle between Miller and another Trump aide, AJ Delgado, with whom he had a child with in 2017.

Supplied by Delgado’s legal team, the documents allege that Miller had previously engaged in another extramarital affair with a Florida-based woman he met at a strip club. 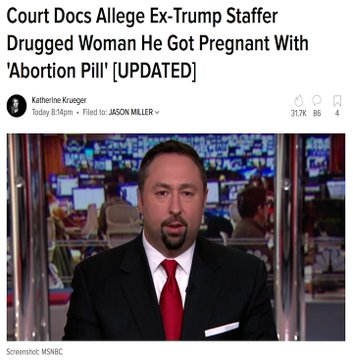 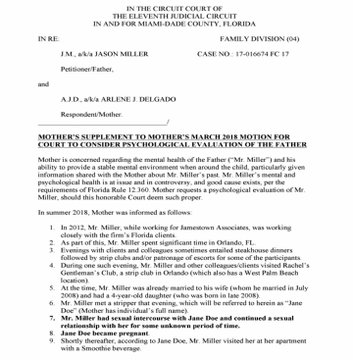 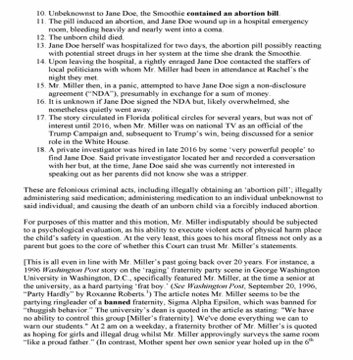 Court docs allege former Trump aide Jason Miller secretly drugged a stripper he got pregnant with an abortion pill. It killed her unborn baby and she nearly died. In a panic, Miller tried to force her to sign an NDA, presumably in exchange money.
cc @cnn https://bit.ly/2OFTTPz

Upon finding out that she was pregnant with his child, Miller called to the woman’s apartment with a smoothie, which unbeknownst to her was laced with an abortion pill.

Known only as Jane Doe, the woman claims Miller’s actions resulted in the termination of the pregnancy and almost resulted in her own death.

Fearing for their own child’s safety, Delgado wants the court to order Miller—whom the filing says has “unsupervised time”with their child—to undergo a psychological evaluation.

However, he later turned the position down citing a desire to put his family before his career. His Twitter bio states he is the managing director at Teneo Strategy and a political commentator on CNN.

Those angry at the scandalous allegations are voicing their concerns on Twitter, with many demanding that CNN drop Miller as a pundit. Others call into question the network’s choice of other pundits who have had run-ins with the law.

Hey @CNN, you should have stopped booking Jason Miller a long time ago, but now would be an excellent time to correct that error.

new docs in the jason miller-aj delgado court battle now include an incredibly disturbing story of miller allegedly drugging a woman he got pregnant https://splinternews.com/court-docs-allege-ex-trump-staffer-drugged-woman-he-got-1829233105?rev=1537575293318 …

Hey @CNN — after all of this, you still employ @JasonMillerinDC?

Thank God I only watch @MSNBC.

Hey @andersoncooper: you may want to tell your bosses at CNN that it’s time to clean house. Fire Jason Miller. And Rick Santorum while you’re at it.

This guy is a total creep and will likely be fired from @CNN
At this rate, how will news channels have anyone left to support Chumps views?#FireMiller https://www.rawstory.com/2018/09/former-trump-aide-jason-miller-allegedly-gave-pregnant-woman-abortion-pills-without-her-knowledge-report/amp/?p=1356309&__twitter_impression=true …

According to a court filing, President Donald Trump’s former aide Jason Miller allegedly gave a pregnant stripper an abortion pill without her knowledge. The court document obtained by Splinter News…

Hey @CNN @CNNSitRoom @cnnbrk @PoppyHarlowCNN
@jaketapper @wolfblitzer @brianstelter @AC360 @Acosta@OutFrontCNN
You ok with a man like this? Fire Him immediately. Jason Miller is a scumbag.

The amount of women who have sex with Jason Miller who aren’t his wife is astounding. Dude looks like a volleyball with a goatee drawn on it https://twitter.com/splinter_news/status/1043293179091607552 …

CNN, I am starting to see a pattern are you?