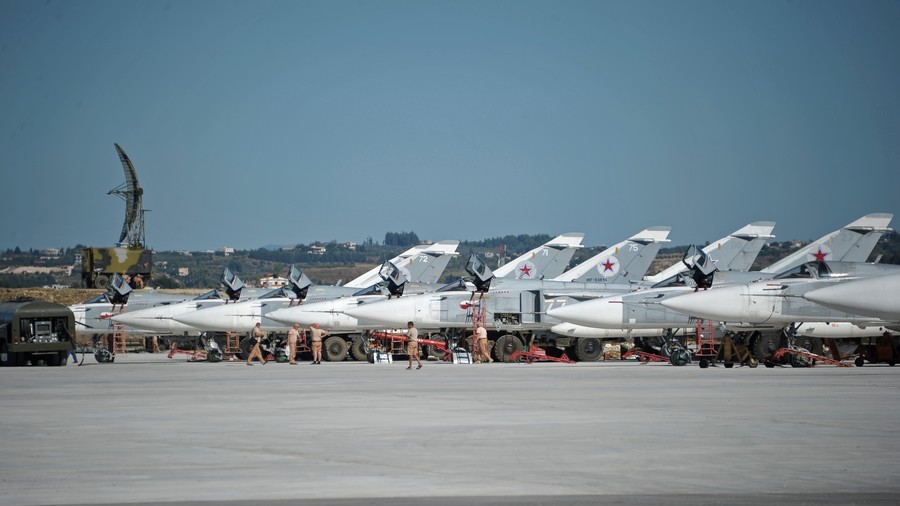 FILE PHOTO: Russian Air Force’s Su-24 at Khmeimim air base © Dmitry Vinogradov / Sputnik
Russia’s military presence in Syria has effectively turned the tide of war back in 2015, the year Islamic State was about to “roll over Damascus,” the head of Israeli Air Force intelligence said in an interview.

The Aerial campaign Russia started against Islamic State (IS, formerly ISIS) in 2015 had “categorically” decided the fate of war in President Bashar Assad’s favor, Brig. Gen. Uri Oron, head of the Israeli Air Force Intelligence, told Haaretznewspaper. He acknowledged the Russians came at the time when Syrian defenses were on the brink of collapse. 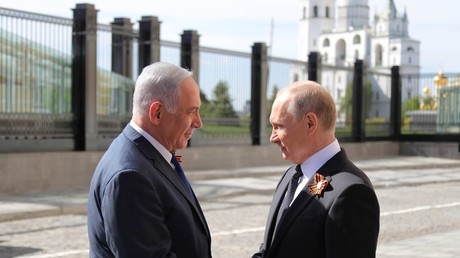 Will Russia-Israel ties suffer after downing of Il-20 military plane off Syrian coast?

“In the summer of 2015 everyone was sure that ISIS was about to roll over Damascus too,” Oron opined. The Russian deployment in Syria “was one of the strongest things to shape reality in the area in recent years,” along with the milestone nuclear deal the six major world powers signed with Iran the same year.

Dozens of Russian warplanes, including the state of the art fighter jets, tactical bombers and attack helicopters, are now stationed at Khmeimim airbase in Syria’s Latakia province. The fortified compound is protected by S-400 air defense systems.

In Oron’s view, the situation is changing rapidly on the ground, and Damascus secured huge strategic wins over the past months after it regained sovereignty over militants-held parts of Syria. “In south Syria, the story is over,” Oron said.

Asked if Russian presence constrain Israeli Air Force’s (IAF) operations, Oron said: “It challenges us. We have to be very precise.” Nevertheless, he stated that does not mean “the IAF only flies in Israeli skies.”

A Russian Ilyushin Il-20 surveillance plane, with 15 crew on board, was shot down by a Syrian S-200 surface-to-air missile earlier in September. Syrian air defenses were trying to repel an Israeli attack in Latakia province, and the Russian military said Israel’s jets were using the Russian plane for “cover” during the strikes.

Israeli Prime Minister Benjamin Netanyahu expressed “regret” over the loss of lives and promised to assist in investigating into the incident. Meanwhile, Russian President Vladimir Putin referred to the downing of the plane as a tragedy, but noted the incident “looks like a chain of tragic circumstances, because the Israeli plane didn’t shoot down our jet.”

Israel rarely acknowledges carrying out raids in Syria, but recently the Israeli military revealed that it carried out at least 202 attacks on Iranian targets in the war-torn country. A total of 792 bombs and missiles were launched at Syria since 2017, the Israeli Defense Force (IDF) informed, saying the strikes were to hamper Iran’s influence in the region. Damascus has repeatedly branded such sorties “a violation” of its sovereignty.

The intelligence chief casually claimed Tehran is striving to dominate the country, despite Iran says its military advisers are present on Syrian soil upon an official request from the Syrian government.