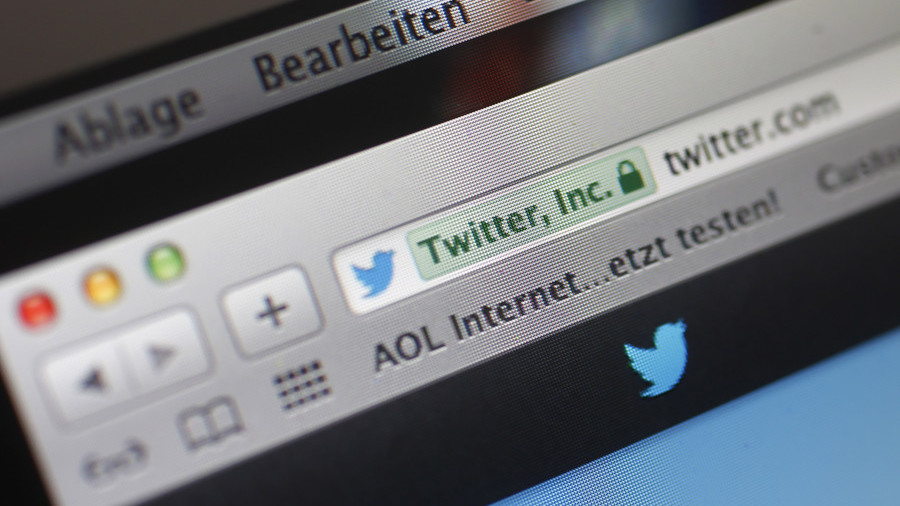 An illustration picture shows the search tab for Twitter on a computer screen in Frankfurt, October 21, 2013 © Kai Pfaffenbach / Reuters
Twitter is sometimes the only way to learn of decisions made by the US, a German minister has complained. Americans are in no better position, he said – they also have to rely on White House tweets to catch up.

The level of communication between Germany and the US is now so low that Berlin has to employ Twitter to know what the White House is up to, Foreign Minister Heiko Maas lamented in a comment to DPA news agency. And this is not because Washington is overdoing it on the microblogging service, he hinted. 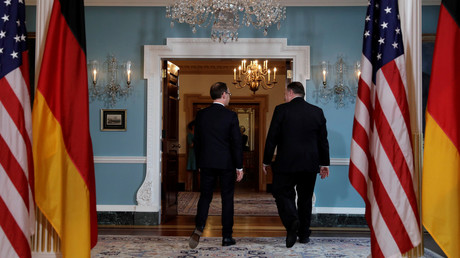 “We learn of certain [American] decisions via Twitter,” Maas offeredbefore embarking on a visit to the US. The top diplomat has an impression that “people in the United States also learn about White House’s decisions from Twitter,” and that such “does change cooperation [between the countries].”

President Donald Trump frequently resorts to Twitter lash out at political opponents or hail own achievements. Some of his rants make headlines both nationwide and internationally, and his Twitter account provides an unfiltered insight into what Trump is thinking in real time. His administration officials try to follow the lead, also using the platform on day-to-day basis.

On the latest occasion, German Chancellor Angela Merkel has lambasted Trump’s decision to renege on the G7 joint statement this summer. “The withdrawal by tweet is, of course, sobering and a bit depressing as well,” she told Germany’s Anne Will talk show at the time.

Maas, a Social Democrat, had recently taken to Twitter to offer his own thoughts on Trump. Many believe they can “out-sit”Trump in hope that life will return to normal after his era comes to an end. The minister disagreed on this, saying there are “structural changes in the Transatlantic relations” which must be “strategically addressed” by Germany and the rest of Europe.

Germany, the European Union’s powerhouse, is now at odds with the US over a number of issues, including trade tariffs and industrial competition. In early September, Maas vowed action in response to what he said was US sanctions and punitive tariffs.

“We should not sit like a rabbit in front of a snake,” he told Bild newspaper, adding, “it is not only the 80 million Germans [we are talking about], it is Europe and the 500 million people [living there],” Maas added.

Previously, the politician reflected what appear to be views of Germany’s current establishment. Speaking on the heels of Trump’s indelicate European tour in July, Maas declared that Germany “must re-adjust” its ties with the US. “The first clear consequence can only be that we need to align ourselves even more closely with Europe,” according to the diplomat.