Rebellion in Germany? Merkel’s parliamentary leader voted out after 13 years in office

Rebellion in Germany? Merkel’s parliamentary leader voted out after 13 years in office 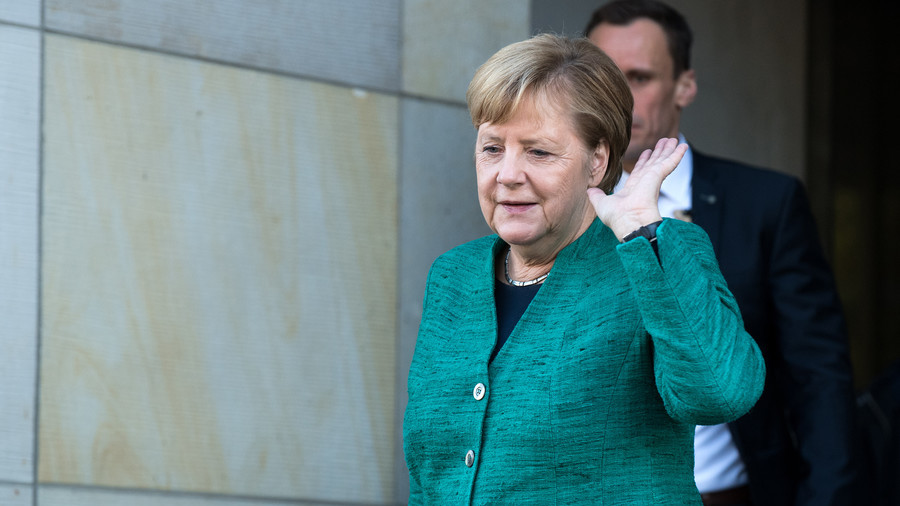 Angela Merkel leaves the Bundestag after the parliamentary group of the CDU/CSU elected a new leader on September 25, 2018. © Bernd von Jutrczenka / AFP
Longtime ally of Chancellor Angela Merkel, parliamentary leader Volker Kauder, has been send packing after a surprise vote in Germany’s Bundestag. Opposition politicians see it as a start of a new political crisis.

It’s actually the first time that Merkel’s favorite, who was in office for 13 years, was challenged by another candidate. Kauder was challenged by his own deputy, Christian Democratic Union of Germany (CDU) member Ralph Brinkhaus, who won the vote by narrow margin. Brinkhaus was supported by 125 MPs, while 112 backed Kauder.

Brinkhaus wants a more active role of the parliamentary group in the coalition government of the CDU/CSU and Social Democratic Party (SPD). He also did his best to signal that his candidacy was not a way to challenge German Chancellor herself.

While the long-term consequences of the surprising vote remain unclear, it surely triggered a cheering storm from the opposition politicians.

Vice chairman of the Free Democratic Party (FDP) parliament group, Alexander Lambsdorff, said the ouster of Kauder might actually be a step towards the “end of the grand coalition” and surely was a huge blow to Merkel.

“The chancellor’s authority within her own party has been officially destroyed,” Lambsdorff tweeted. 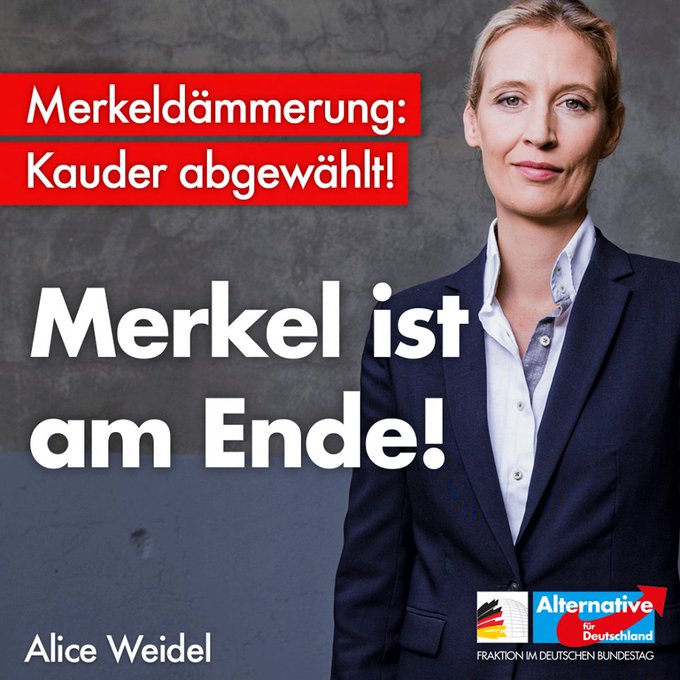 Parliamentary leader of the right-wing Alternative for Germany (AfD) Alice Weidel also took to Twitter to cheer the vote, releasing a picture of herself inscribed “Merkel is on her last legs: Kauder voted out!”

“The vote clearly shows that Merkel is losing her grip on the party,” Weidel wrote. 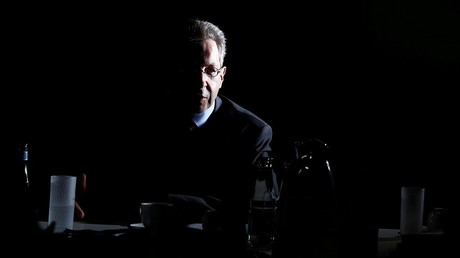 The ouster of Kauder is an open “rebellion” against Merkel, saidchairman of The Left Party (Die Linke) Bernd Riexinger, adding that it has “massively weakened” the chancellor. Riexinger blamed the outcome of the vote on the Interior Minister Horst Seehofer, who made the coalition a “disservice.”

The long-term CDU parliamentary leader was voted out just a few days after the coalition government dealt – to a certain extent – with the fallout of another major political scandal. The government came under a storm of criticism following the controversial remarks of Hans-Georg Maassen, the then-head of German domestic spy agency, the BfV.

He questioned reports about violence against foreigners in the German city of Chemnitz, which endured a wave of right-wing protests after a local was killed in an altercation with migrants. While the former spy chief tried to explain that he only sought to criticize the media readiness to accept the videos of alleged incidents as authentic, a storm of criticism led to Maassen being sacked.

His sacking looked more like a promotion, however, which caused a secondary political scandal. The coalition eventually agreed to give Maassen a role of special adviser to the Interior Minister, observing “European and international affairs.”The post was created specifically for the ousted spy chief and is not a promotion – at least technically – since his salary remains the same.