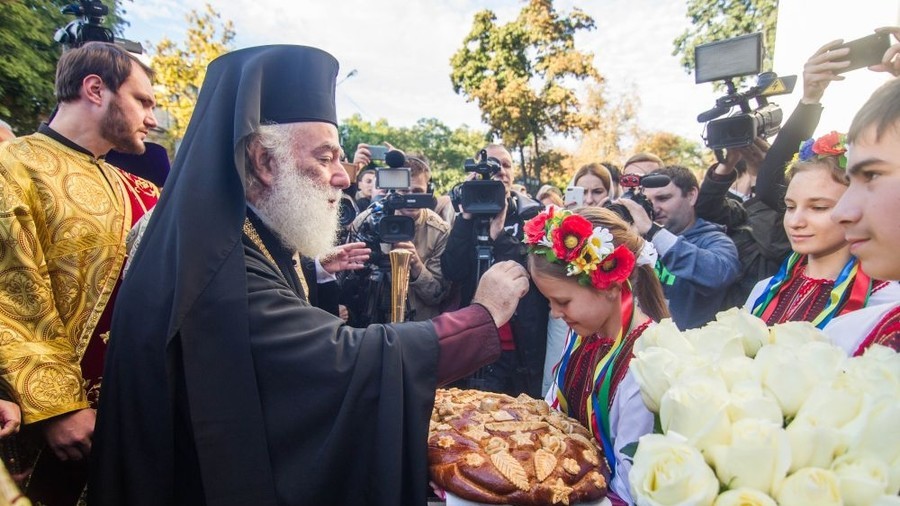 Theodore II arrived in the southern Ukrainian city of Odessa on Thursday, meeting high church representatives and the Orthodox faithful. The Patriarch of Alexandria is one of the most respected hierarchs of the Orthodoxy, second only to the Ecumenical Patriarch of Constantinople.

“I have come here to tell you: Stay with the Orthodox faith and with the canonical church,” Patriarch Theodore II said in his address.

Ahead of the visit to Odessa, he met with the head of the Polish Orthodox Church, Metropolitan Savva, who backed the canonical Ukrainian church as well. The two also called for conflicts stemming from giving autocephality to the Ukrainian church to be avoided.

“We will always be with those who seeks the Orthodox unity,” Theodore II pledged. 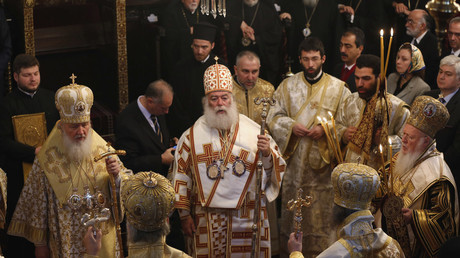 Constantinople has decided to send its exarchs to Kiev, effectively violating the rule in which one Orthodox Church is forbidden to interfere in the internal affairs of another.

Exarchs are special representatives of a patriarch, who technically have a higher position in the church hierarchy than Metropolitan Onufriy, the current head of the Ukrainian Orthodox Church of the Moscow Patriarchate.

The Moscow Patriarchate reacted angrily to Constantinople’s move, suspending the joint performance of church services and membership in all the structures led or co-chaired by representatives of Constantinople. The decision, however, was said to be a “warning” to Constantinople against further hostile steps and does not constitute a complete break of inter-church ties.

The religious movement even has its own self-proclaimed ‘Patriarch’ Filaret, who seeks to gain the official status of an Orthodox Church, fully independent and “equal” to the Moscow Patriarchate.