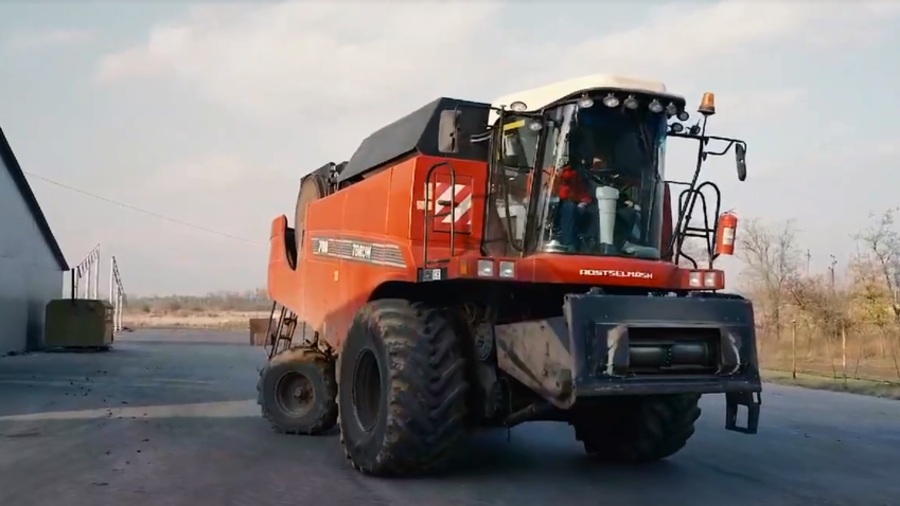 © Screenshot / dmitry.rogozin / Facebook
Designed by one of Russian leading space-tech makers, this “fully automated” combine harvester can create its own routes and drive itself while sweeping the fields.

A video shared by the nation’s space chief, Dmirty Rogozin, shows the harvester making turns and maneuvering while in “full autopilot” mode. The vehicle’s operator is present in the cabin but has his hands down, not even touching the controls – the harvester’s cutting-edge AI does all the driving.

“Combine drivers in Russia will lose jobs soon,” Rogozin joked. “The accuracy of the field’s cultivation is two centimeters.”

The AI-equipped vehicle is capable of calculating its own routes, while collecting and analyzing various data on the surrounding environment.

The driverless combine was designed by NPO Avtomatiki, the company known for developing control systems for the Soyuz-2 rockets, used in space travel, and military ballistic missiles.

“The new system will cut the losses of fuel, grain, and time. The efficiency will go up by 10 percent,” a senior official at the harvester’s production plant told RBC in June, adding that the AI will make the operator’s job a lot simpler.