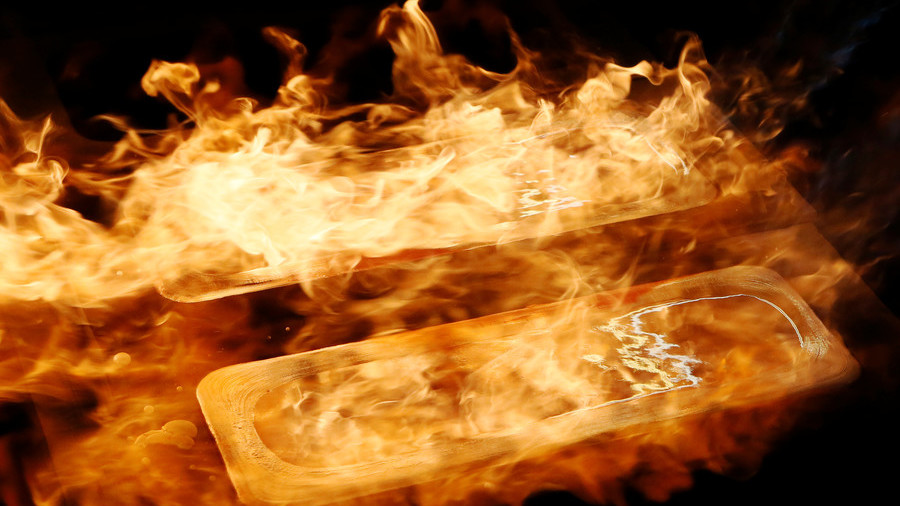 Ingots of 99.99 percent pure silver are cast at the non-ferrous metals plant © Reuters / Ilya Naymushin
After a terrible year, silver is finally a great buying opportunity for investors, according to Boris Mikanikrezai, a precious metals analyst at Metal Bulletin. He forecasts silver to finally rise in the next few months.

The analyst wrote in a Seeking Alpha post that silver disappointed many investors this year. “Silver has been the most hated precious metal so far this year, with Comex [a division of the Nymex – Ed.] silver down 16 percent. In contrast, Comex gold and Nymex platinum are down a smaller 7 percent and 11 percent, respectively.”

ALSO ON RT.COMGold losing its luster as palladium prices soar; so why is Russia smiling?He explained that: “The speculative community is still skittish toward silver, hence the lack of fresh buying. But if the current wave of short-covering helps silver prices to stabilize at $14 per oz (ounce), longs could come back, thereby extending the speculative normalization process.” That will push Comex silver spot prices higher, according to Mikanikrezai.

The analyst said that “Based on a number of metrics (e.g., gold/silver ratio), silver looks extremely cheap. As such, it constitutes a long-term buying opportunity.”

Meanwhile in the short-term, he advised to watch the macro environment, adding that it will be the primary driver for silver prices as the year wraps up.

ALSO ON RT.COMWorld running out of gold & there’s no substitute, experts warnComex silver was trading at $14.51 on Monday, up more than one percent on the day.

Last month, Canadian investment bank and financial services provider TD Securities said that global demand for silver is expected to grow. It has projected silver to outperform the sister metal gold next year. According to TD Securities, silver prices will push to $17 an ounce by the end of next year.