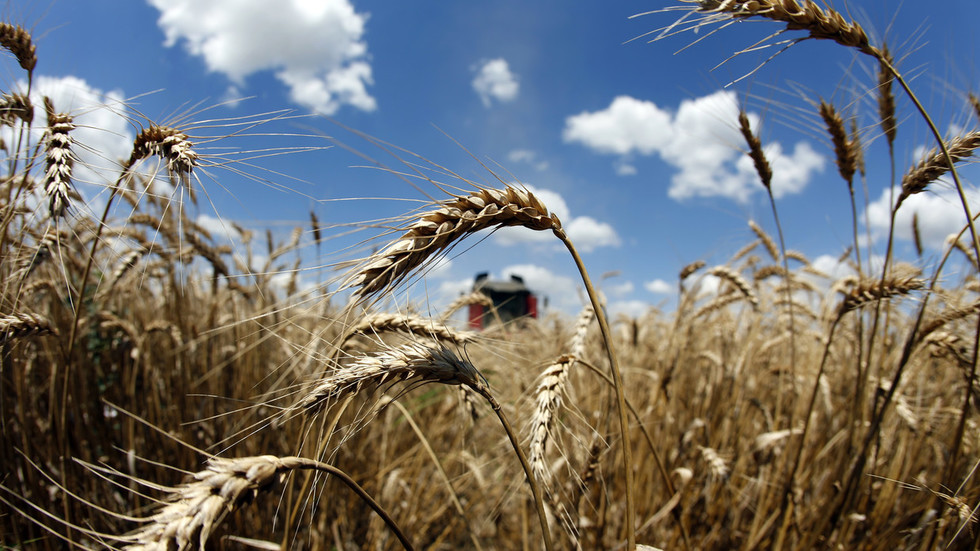 © Reuters / Bogdan Cristel
Farming production in Russia is booming. With record harvests during the past two years, the country’s agricultural exports are bringing in tens of billions of dollars, according to President Vladimir Putin.

“Last year, exports of agricultural products were $20 billion. This year, they will reach $25 billion,” Putin said on Thursday during his annual Q&A session. He added: “We couldn’t even imagine such figures earlier.”

Boosting competitiveness and improving infrastructure is key to increasing exports further, the Russian president said, promising the government’s support. Some 400 billion rubles ($6 billion) will be allocated for the development of infrastructure, including seaports and roads, he said.

ALSO ON RT.COMGive non-GMO a go: Putin urges Russia’s agricultural expansion on international marketsThe president noted earlier that Russian agricultural production had surged by 20 percent over the past five years. Calling the growth a “real breakthrough,” he urged domestic producers to steadily expand their presence in domestic and foreign markets.

ALSO ON RT.COMRussian food exports to double by 2025 thanks to international sanctionsAccording to Putin, Russia should be aiming to export environmentally friendly and quality products. GMO has been banned in the country since 2016. The president previously said that he wants to make Russia the world’s largest producer of GMO-free food.