Get short URL
Beef carcasses hang in a slaughterhouse that produces kosher and halal meat. © Reuters/Kacper Pempel
A ban on the Muslim and Jewish methods of ritually slaughtering animals has come into force in Belgium. Supporters of the move herald it as a humane development while critics have slammed it as an attack on religious freedom.

The ban brings Belgium in line with European Union regulations that require animals to be stunned, so they can’t feel pain, before slaughter. However, Jewish and Muslim religious laws require that animals are conscious when they are killed.

ALSO ON RT.COM‘Nothing is being done’ about rising anti-Semitism in Europe, survey findsKosher and Halal methods of slaughter involve the animal being killed with a single cut to the neck which severs critical blood vessels. Advocates claim the animal loses consciousness in seconds and it doesn’t suffer during the process.

Approximately 500,000 Muslims and over 30,000 Jews live in the small European country, which has a population of 11.3 million. Leaders of both communities have railed against the new law and are challenging it in Belgium’s Constitutional Court.

Rabbi Pinchas Goldschmidt, the president of the Conference of European Rabbis, said the ban is proof that “radical Islam has won.”

“We are in the midst of an attack on the freedom of religion. The European capital has, with its laws and lack of tolerance for minorities, proven that radical Islam has won,” he said, as cited by Israel National News.

“We managed to block many [similar pieces] of legislation in other countries in Europe and attempts to pass bills in the European Parliament and initiatives in the the EU’s agencies.” 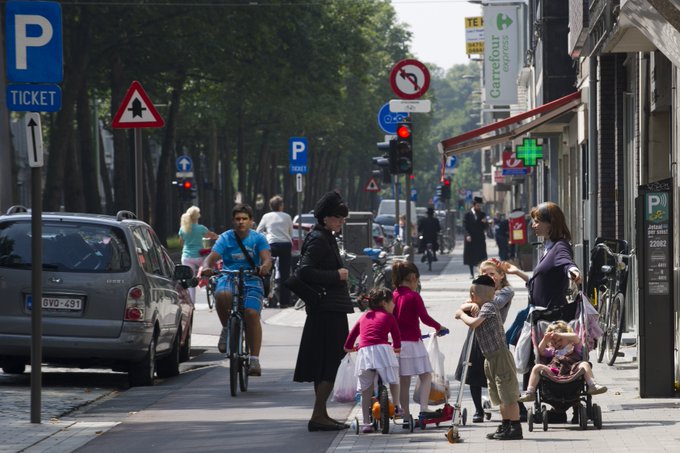 Today is the last day that kosher meat can be prepared in Belgium’s Jewish communities – that’s approx. 40,000 Jews.

“A sad day for the Jews of Europe, a sad day for religious freedom in Europe,” @europeanrabbis president Rabbi Pinchas Goldschmidt (my father-in-law) wrote.

However, that stance was dismissed by animal rights activists. Ann De Greef, director of Global Action in the Interest of Animals, said that in Belgium “the law is above religion.”

“They want to keep living in the Middle Ages and continue to slaughter without stunning – as the technique didn’t yet exist back then – without having to answer to the law,” she said to the New York Times. “Well, I’m sorry, in Belgium the law is above religion and that will stay like that.”

Most EU countries have religious exceptions to the EU’s stunning requirement. However, Belgium is joining Sweden, Denmark and Slovenia among the nations that do not make allowances; while in Germany and the Netherlands, the exceptions are very limited.

The new law applies to the country’s Flanders region and a similar ruling will come into force in the Wallonia region in August, meaning the religious slaughtering practices will be outlawed across the country.