“Republicans overwhelmingly voted to keep the government open,” Biden, who has recently hinted at a potential 2020 bid, told CNN’s Randi Kaye on Friday. “Then Rush Limbaugh and the conservative blonde woman says he’s losing his base, and so he’s changed his mind.” 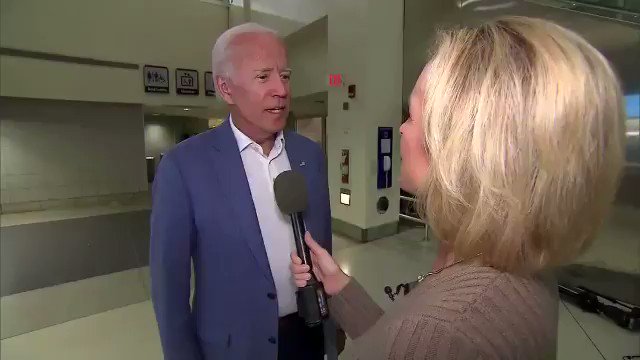 Joe Biden: “Republicans overwhelmingly voted to keep the government open. Then Rush Limbaugh and the conservative blonde woman says he’s losing his base, and so he’s changed his mind.” Via CNN

Limbaugh, one of the most influential and highest-paid (trailing only Howard Stern) show hosts, has been a strong supporter of Trump’s border wall. Ahead of the shutdown, which is in its third week now, Limbaugh said that Trump personally told him that “it’s money or nothing.”

“And if it’s nothing, he shuts it down,” Limbaugh told his listeners. Hours later, then-House speaker Paul Ryan announced that Trump would not sign a stopgap funding bill, which had been passed by the Senate but lacked the requested $5 billion for a security fence.

While Limbaugh got a mention by name, Biden referred to another conservative pundit, apparently the social and political commentator Ann Coulter, by describing her appearance instead. Coulter has been aggressively calling Trump out in front of her two million Twitter followers for failing to fulfill his most important campaign promise and build a border wall.

ALSO ON RT.COM‘I’m the most qualified’: Joe Biden stokes rumors he may run against Trump in 2020Biden’s dismissive description of her did not go down well, drawing backlash not only from conservative commentators, but also from those who claimed to “like” Biden and disapprove of Coulter.

Funny @JoeBiden names the man’s name but not the woman, instead describing her. I’m no Coulter fan, but that’s just sexist.

“Her awfulness doesn’t give anyone a pass on being sexist,” another chimed in.

Ann Coulter is The Worst

, but this is not a good look, Joe. Her awfulness doesn’t give anyone a pass on being sexist or (in other cases) transphobic. Stop it.

Joe Biden: “Republicans overwhelmingly voted to keep the government open. Then Rush Limbaugh and the conservative blonde woman says he’s losing his base, and so he’s changed his mind.” Via CNN

“Please, do better,” a woman wrote, calling Biden’s remark “misogynist and dismissive of the clear influence” Coulter has amassed.

I like you Mr. Biden but naming Limbaugh by name and calling Coulter ‘the conservative blonde woman’ is misogynist and dismissive of the clear influence she still has in politics. Please do better.

Conservatives on Twitter have been up in arms over the gaffe, whether intentional or not. 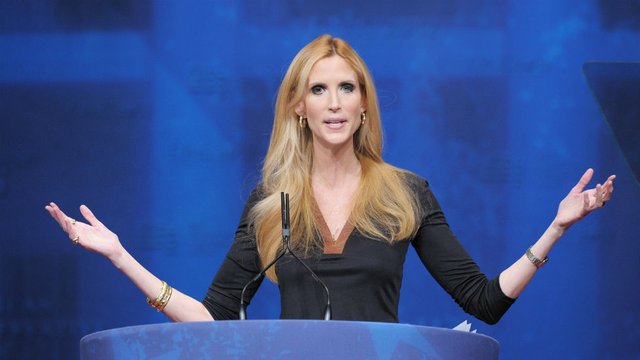 Biden must be daft! And that is a sexist remark. You’re off to a great start, @JoeBiden

Some suggested that Biden might have just killed his chances of challenging Trump in 2020.

That beautiful “conservative blonde woman” has a name, Biden. Ann Coulter may just singlehandely save our country from you people.

In early December, Biden touted himself as “the most qualified” to take on the top White House job, an upgrade from his VP’s tenure under former president Barack Obama.

Biden is far from being the first one to accuse Limbaugh and Coulter of steering Trump into the wrong lane with weaponized rhetoric.

“This is tyranny of talk radio hosts, right? And so, how do you deal with that?” he said back in December.

In a new op-ed, the Guardian’s David Smith went as far as to call the ongoing government shutdown “a Rush Limbaugh shutdown” and “an Ann Coulter shutdown” rather than naming it after Trump or Pelosi, with the negotiations over a new funding bill at a standstill.