Get short URL
Former Starbucks CEO Howard Schultz © Reuters / Andrew Kelly
Starbucks founder Howard Schultz’s presidential campaign is off to a rough start. Accused by Democrats of drawing away votes against Trump, the billionaire independent was heckled and jeered at his first public appearance.

Schultz announced that he is “seriously considering” a run at the presidency on Sunday. While the Starbucks founder has been a lifelong Democrat, he told CBS’ ‘60 Minutes’ that he would run as a “centrist independent.”

I love our country, and I am seriously considering running for president as a centrist independent.

50.1K people are talking about this

The announcement was ridiculed by President Trump, who tweeted that Schultz “doesn’t have the ‘guts’ to run for president,” but also by Democrats. Former New York mayor Michael Bloomberg – also rumored to be considering a 2020 run as a Democrat – jabbed at Schultz, saying an independent challenger would “just split the anti-Trump vote and end up re-electing the president.” 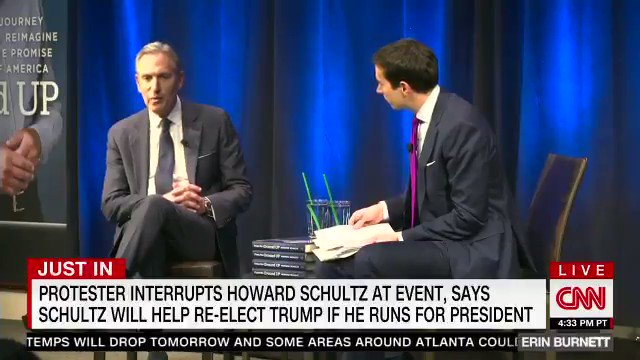 Here’s the video. A heckler shouts at Howard Schultz during an event in New York: “Don’t help elect Trump, you egotistical, billionaire asshole.” Via CNN 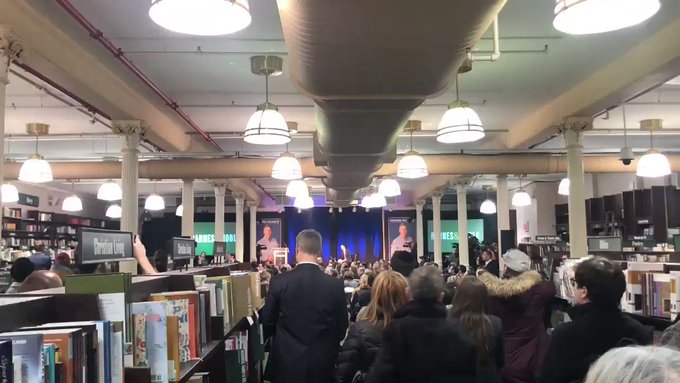 While the crowd booed the heckler, they also cheered when host Andrew Ross Sorkin read aloud Bloomberg’s statement calling on Schultz to quit, and again when he pressed Schultz on his opposition to universal healthcare.

Schultz has called ideas like universal healthcare and free college tuition financially unviable, and criticized the Democratic party’s recent embrace of them as “un-American.”

The left disagrees. Since his announcement, Schultz has been pilloried on social media, and anti-Trump types in the #Resistance have boycotted Starbucks. The boycott call has been championed by the Center for American Progress, a think tank founded by Clinton confidant John Podesta.

“I will start a Starbucks boycott because I’m not giving a penny that will end up in the election coffers of a guy who will help Trump win,” CAP’s president Neera Tanden tweeted.

Vanity projects that help destroy democracy are disgusting. If he enters the race, I will start a Starbucks boycott because I’m not giving a penny that will end up in the election coffers of a guy who will help Trump win.

NEWS Former Starbucks CEO Howard Schultz says in a “60 Minutes” interview airing tomorrow that he’s getting close to a self-funded independent presidential run – which is freaking out Democrats who think he’ll deliver the election to Trump https://www.theatlantic.com/politics/archive/2019/01/howard-schultzs-independent-run-could-help-trump/581374/ …

4,688 people are talking about this

After the bookstore heckling, the mockery continued to flow on Twitter. 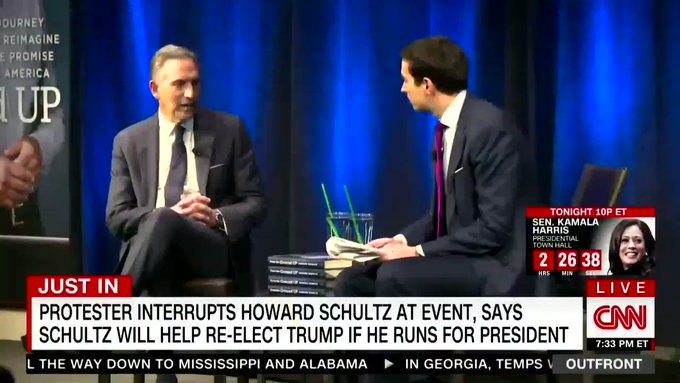 1,693 people are talking about this

Howard Schultz’s presidential ideas are the Fyre Festival of 2019

53 people are talking about this

Schultz is running as a self-centrist.

If Howard Schultz charged you $8 for a cup of coffee, imagine what he would charge you for health care!

351 people are talking about this

Still, Schultz seems to be serious about 2020. The former coffee-chain CEO has reportedly hired ex-Obama aide Bill Burton as his communications adviser, adding to a PR team that includes Steve Schmidt, who managed the late John McCain’s presidential campaign in 2008.

While America has never elected a third-party candidate as president, businessman Ross Perot captured 18 percent of the popular vote in 1992. Perot’s showing was the strongest result for a non-party independent in history, and he was accused by Republicans of siphoning votes away from incumbent George H.W. Bush, and facilitating Bill Clinton’s victory.