In February 2018, Britain faced an unprecedented crisis. KFC – a restaurant that literally has “chicken” in its name – ran out of chicken.

The days that followed were dark. Most KFC outlets around the country were shuttered for days. Angry customers reportedly called the police over the shortage. And the worst part? The crisis was entirely human made. The incident revealed just how fragile and precarious the logistical pipeline from farm to kitchen to gut really is. 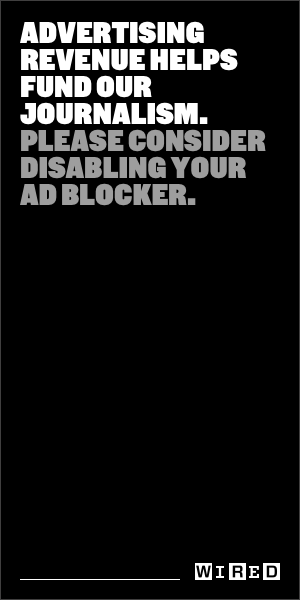 However, KFC is just one company. And right now we’re only weeks away from an even bigger supply chain shake-up as Britain prepares to potentially crash out of the European Union without a deal. KFC might have been a vivid illustration of how fragile supply chains can be, but the potential upset caused by Brexit is dizzyingly more complicated.

Both Marks & Spencer and Tesco are already stockpiling food ahead of the March 29 deadline. Last month, Sainsbury’s CEO Mike Coupe told Sky News that a no-deal Brexit would be hugely disruptive to his company’s supply chain. But the disruption has already begun.

“We would, on average, store anywhere between 400 and 500 pallets on a daily-rolling basis – it will go out and come in,” says Neil Powell, managing director of NX Group, a logistics and distribution company, referring to the usual demand for one global blue-chip customer. Then, with the prospect of a no-deal Brexit looming, things started to change. “They wanted to safeguard and reserved an additional thousand palette spaces within our warehouse facility. And they are prepared to pay the full asking rate for those pallets.”

Huge business costs aside, the confusion caused by Brexit is also putting enormous strain on the UK’s logistics infrastructure. Which brings us back to February 2018 and a chronic shortage of fried chicken. The cause of the KFC meltdown, it turns out, was a single point of failure. The company had recently switched to using courier company DHL to shuttle frozen chickens around the country, and DHL relied on a single warehouse to store goods. When three unfortunately-timed road traffic accidents blocked all the major arteries linking this one warehouse to the rest of the country, KFC was cut off.

The warehouse was located in Rugby, which is nestled in the so-called “golden triangle” – the Midlands nexus between Tamworth, Nottingham and Bedford. From here, departing lorries can reach 90 per cent of the UK population within a four-hour drive. As a result, it’s jam-packed with warehouses. It’s a huge, complex system – and it’s not used to stockpiling.

“We forget to think about all of the details – the processes in the background that we’ve almost forgotten about because we’ve been working with ‘Supplier X’ for such a long time,” says Denyse Julien, a logistics and supply chain expert from the Cranfield School of Management. “That’s where a lot of complexity comes in – and because you’ve been working with them for a long time, you kind of take it for granted.”

Powell explains some of the hidden complexity his company faces when taking on new customers: “How do their systems talk to our systems? It means an awful lot more resources in people, PCs and equipment. It’s not only storing it – you have to have the ability to actually distribute it. Have we got the logistics distribution supply chain to be able to do that? Have we got enough vehicles? Are there enough drivers? It’s very complex from start to finish, and certainly not a not a cheap thing to do.”

Perhaps unsurprisingly, fresh fruit and vegetables could be particularly badly hit by Brexit. According to Defra figures, the UK imports just over 50 per cent of its food, and in 2017 that included £11.1bn worth of fruit and vegetable imports, which usually have a shelf-life of just a few days.

“A lot of companies almost have two supply chains – a summer one and a winter one,” says Julien. “In the summer, whenever possible, they try to grow and produce in the UK. But because we now want to have those things 12 months a year, they are required to have a second supply chain that kicks in for the winter months.”

A good example of this is a simple head of lettuce. “They’ve had to guess nine months ago how many to plant. How many lettuce are we going to guess we are going to sell next May?” And if you can’t get hold of the right lettuce in time, it’s very hard to replace. “You have to basically go out into the open market place and buy surplus from other places, normally at a much higher price… which is why it could impact consumers and the price,” she says.

Could Britain have some breathing room given the two-season setup? Perhaps not, because according to the Produce Marketing Association, we import 85 per cent of our vegetables from the EU, with most tomatoes and onions coming from The Netherlands. Many companies will, of course, have made alternative plans for Brexit. But this doesn’t mean that goods will continue flowing without further problems when supply chains are disrupted.

“Most companies try to de-risk that and maybe have a second supplier they can tap into it, but still it would still take time to get them to build up the capacity,” says Julien. “Maybe you have an 80-20 rule between two suppliers, but it still takes time until that second supplier gets to full capacity for you.”

For now, Brexit is providing something of a gold rush for the logistics industry as spooked supermarkets rush to stockpile food in warehouses across the UK. But it’s a double-edged sword, with Powell warning that companies expanding rapidly risk ending up over-capacity.

“It’s not stable in terms of what could happen or couldn’t happen so there’s absolutely nobody that has got an answer to the question of how long this stockpiling could last,” he says. “Everyone is saying, ‘Yes, let’s get this’, and will rush out and get another 200,000 square foot of warehousing, but in two or three months, the influx and the stockpiling may disappear and then what do you fill your capacity with then? Big sheds are costly pieces of kit.”

The implication is clear. If distribution firms are paying for massively more capacity than they require, then they could find themselves going out of business after a temporary Brexit boom. Ultimately though, there is something more intrinsic to how Brexit will impact supply chains. Even if Theresa May does defy all expectations and pass her deal, we could still leave the customs union and single market. This means more paperwork and more regulations for distributors to take into account.

“To ship stuff from a warehouse in The Netherlands to the east coast of the UK is probably simpler than shipping it from a warehouse near Bristol; it’s equal in cost and time,” says Julien. But under the new regime – whatever it ends up being – supply chain challenges will likely mean a business like Neil’s struggling as it works out how to handle the customs clearance process. “We will work with [customs] brokers,” he says. “The rates that they charge to actually process will increase and all those extra costs have got to be passed on or absorb somewhere within the supply chain.”

What’s clear – perhaps the only thing that is clear – is that whatever happens, Britain’s fragile supply chains will be put under even more pressure. Will there be food shortages? Will some shops have to close? It’s too early to tell, but if the KFC ordeal has taught us anything, it’s that until the goods have safely arrived in the store, we probably shouldn’t count our chickens.