Get short URL
The ‘Bollocks To Brexit’ bus outside the Houses of Parliament, London © Global Look Press / Alberto Pezzali
The UK government’s chief law officer has tweeted a nonsense rebuttal to a leading British journalist’s claims that he was told to find a way to say yes to PM May’s new Brexit deal, after assessing changes as non-legally binding.

Attorney General Geoffrey Cox QC branded these assertions from Channel 4 News anchor, Jon Snow, as well as claims the legal world were aware that Cox had said “no” to the “validity” of May’s new deal, as “bollocks.”

The fallout came in the aftermath of PM Theresa May reaching an agreement with the EU on Monday night, which she insists secures “legally binding” changes to the contentious Irish backstop.

A Lawyer contact tells me that the legal world is aware that the Attorney General said NO last night to the validity of Mrs May’s ‘new EU deal’…he been told to go away and find a way to say YES: A cohort of lawyers has been summoned.

3,994 people are talking about this

Cox’s blunt response has prompted both dismay and amusement on Twitter. TV presenter Piers Morgan urged the government’s top lawyer to “stop abusing people” and “do your damn job.” Others cheekily asked Cox whether “bollocks”was legal language or if it was his assessment of Brexit.

Seriously? You’re the Attorney-General at a critical time for this country. Stop abusing people on Twitter & do your damn job. Jeez.

217 people are talking about this

Replying to @Geoffrey_Cox and 2 others

Cox says bollocks to Snow: modern Britain in a codpiece

318 people are talking about this

Is that your studied legal opinion? 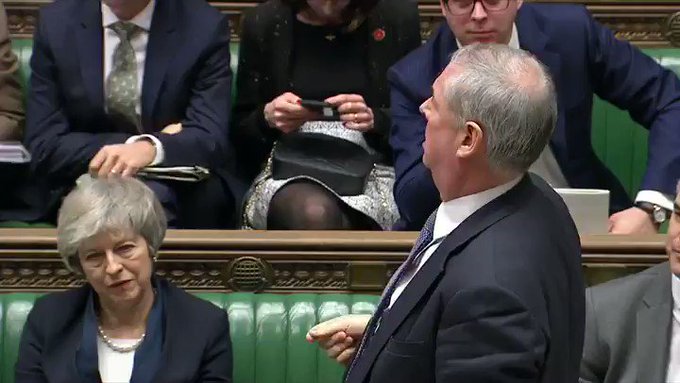 In a letter this morning, the Attorney General ostensibly delivered a blow to May’s agreement. Cox conceded that the“legal risk remains unchanged” in the modified Brexit deal and the UK would have no legal means of exiting without EU agreement.

It comes as British lawmakers will vote on Tuesday evening whether to back May’s new deal or not, which was comprehensively rejected the first time round in January.

The prime minister will be hoping these additions will be enough to convince influential Tory hardline Brexiteers and the Northern Irish Democratic Unionist Party (DUP) to tilt the vote in her favour and avoid the prospect of a no-deal scenario.

ALSO ON RT.COMSecond time still no charm? UK Parliament expected to reject PM’s Brexit deal againEuropean Commission President Jean-Claude Juncker warned before the vote that it would be the last chance for Britain to pass a negotiated divorce with the EU before the Marсh 30 deadline.