Get short URL
The compound known to Jews as Temple Mount and to Muslims as The Noble Sanctuary. FILE PHOTO © Reuters/Ammar Awad
Israeli police have reportedly stormed the Temple Mount compound in Jerusalem after a firebomb attack at the holy site on Tuesday.

There were no immediate reports of casualties. Muslim protesters have turned the site into an impromptu mosque and have had multiple clashes with police who have attempted to close the site in the intervening weeks, Haaretz reports. 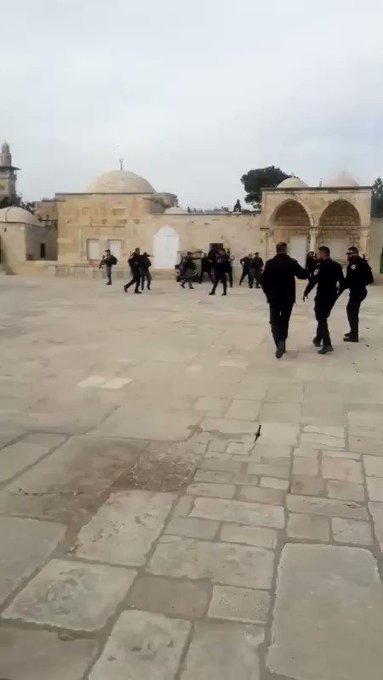 #breaking a Molotov cocktail was trwon toward the Israeli Police station in Al Aqss Mosque. No injuries reported, dozens of police officers entered the compound. More to follow 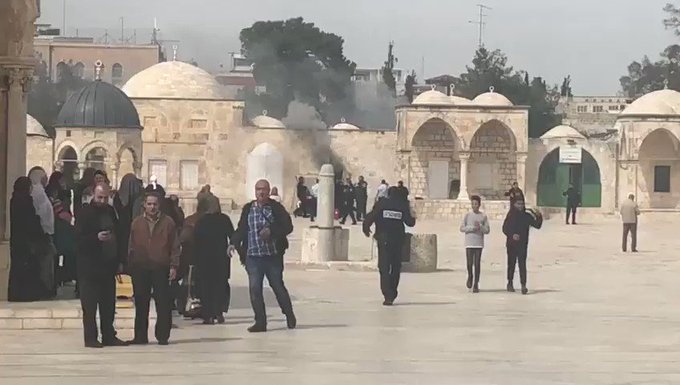 Another video from Al Aqsa Mosque in Jerusalem. Credit unknown for both videos

Violent clashes between protesters and security forces attempting to secure the site have been reported online.

A police post near the Dome of the Rock at the center of the Temple Mount was the target of Tuesday’s firebombing and is a sporadic flashpoint for tensions and violence.

One officer reportedly suffered the effects of smoke inhalation following the attack and one person has been arrested in connection with the firebombing, reports Israel National News. 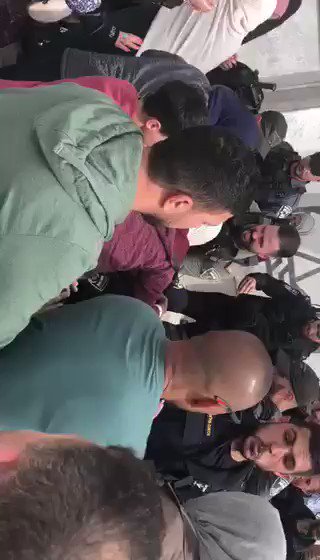 “A short while ago, a firebomb was hurled towards a police position on the Temple Mount,” a police statement read. “A police officer identified one of the suspects and arrested him.”

ALSO ON RT.COMIsraeli police seal gates to Al-Aqsa Mosque after clashes with Muslim prayers (VIDEO)The incident comes just one month after officials reopened the holy site after a 16-year closure by Israeli authorities amid claims that the compound may have served as a base for groups associated with Hamas.

Security forces in the area reportedly engaged violent protesters who were hurling stones and fireworks at them with grenades and stun grenades as recently as last Friday.