Get short URL
File photo: © REUTERS / Lucy Nicholson
George Clooney has called for a boycott of nine luxury hotels in the US, UK, Italy and France which are owned by the Sultan of Brunei, who recently announced the introduction of the death penalty for homosexuality in the kingdom.

The actor has called for a boycott of assets owned by the Sultan of Brunei, Hassanal Bolkiah, who has held the throne since 1967, and boasts a personal fortune of $20 billion.

“In the onslaught of news where we see the world backsliding into authoritarianism, this stands alone,” Clooney wrote in an opinion piece for Deadline in which he referred to the sultan as “the Big Kahuna,” adding that “Brunei isn’t a significant country.”

The move comes in response to the kingdom’s recent announcement of the imposition of Sharia law, which includes stoning or whipping to death for any citizen caught engaging in adulterous or homosexual sex. Theft will now be punishable by amputation when the law takes effect on April 3.

ALSO ON RT.COMBrunei’s law mandating STONING TO DEATH of gays & adulterers to come into force next week“Every single time we stay at, or take meetings at or dine at any of these nine hotels we are putting money directly into the pockets of men who choose to stone and whip to death their own citizens for being gay or accused of adultery,” Clooney argued. “Are we really going to help pay for these human rights violations?”

Brunei is a tiny kingdom with a population of just 450,000 located on the island of Borneo, neighboring the Islamic nations of Indonesia and Malaysia. It does, however, have significant oil reserves and was ranked by Forbes as the world’s fifth-richest nation.

The nine hotels (including the Dorchester and 45 Park Lane in London, and the Beverly Hills Hotel and Hotel Bel-Air in Los Angeles) are operated by the Dorchester Collection luxury chain, which itself is owned by the Brunei Investment Agency.

Clooney did, however, concede that similar efforts in the past eventually were only “effective to a point” as the outrage that fueled the initial boycott eventually subsided “and certainly any boycott would have little effect on changing these laws.”

The Kingdom of Brunei first announced its intention to introduce Sharia law back in 2013 but only recently confirmed the death penalty for homosexuality and adultery, which will take effect from April 3.

Clooney received many plaudits for his activism online.

I am following my friend George Clooney in boycotting all of the hotels owned by the Sultan of Brunei following the April 3rd law in Brunei to stone and whip to death all gays. The Beverly Hills Hotel, Hotel Bel-Air, The Dorchester, Hotel Plaza Athenee, Hotel Eden and more.

@DC_LuxuryHotels and #BeverlyHillsHotel patrons take note. and thank you #GeorgeClooney for calling for a boycott.

Thanks to @THR for new piece on my call for renewed boycott of Bev Hills Hotel and all @DC_LuxuryHotels properties. With the Sultan ramping up torture and murder of LGBTQ people of Brunei, there is no room for complacency. We must act quickly, and we will. https://www.google.com/amp/s/www.hollywoodreporter.com/amp/rambling-reporter/lgbtq-activist-calls-renewed-boycott-beverly-hills-hotel-1197219 …

#GeorgeClooney This is cool AF

Film star George Clooney has called for a boycott of nine hotels because of their links to Brunei, where homosexual acts will from next week be punishable by death.

15 people are talking about this
View image on Twitter 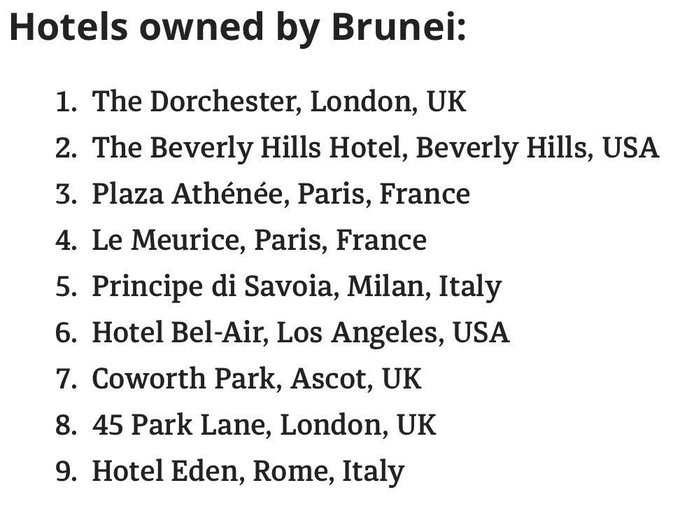 Brunei is introducing death by stoning for homosexual acts. The Sultan of Brunei owns these luxury hotels. Boycott them if you don’t want to fund a country commiting murder of LGBTQ+ people #BoycottBrunei

If you continue to stay at or frequent the Beverly Hills Hotel, you are guilty of financially supporting these murderers. #BoycottBrunei

#BREAKING: Brunei to impose death by stoning for gay sex and adultery.#Adultery and gay sex in #Brunei will be subject to death by stoning from next week, authorities said, under a strict #Sharialaw that has been on hold for four years amid heavy criticism by rights groups. 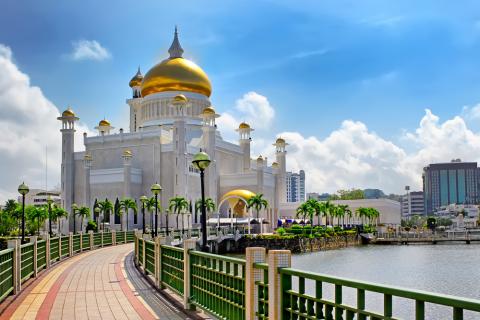 203 people are talking about this

However, some criticized the Hollywood star and activist for attacking “the results but not the reason” for the decision.

#GeorgeClooney is a coward. He criticizes Hotels out of Brunei for their policies agains gays and adultery but he won’t just come out and say their policies are Muslim policies. He attacks the results but not the reason.

1,927 people are talking about this