Get short URL
©  Reuters / Jon Woo
Asian markets have sunk, pushing the value of gold to a six-year high as panicked investors seek a safe haven for their assets after President Donald Trump proved he is ready to escalate the raging US-China trade war.

Gold tested the $1,550 level on Monday morning – the highest since April 2013 and a 20-percent surge this year alone – as the trade war between Washington and Beijing intensified over the weekend, sending stocks, bonds and commodities tumbling down.

As a result, Asian markets opened deep in the red. Japan’s Nikkei was down over two percent as Hong Kong’s Hang Seng slumped by over three percent. Meanwhile, the Shanghai Composite fell by 1.4 percent, just as Australia’s S&P/ASX 200 dropped by 1.5 percent.

Asian markets for those that are open… 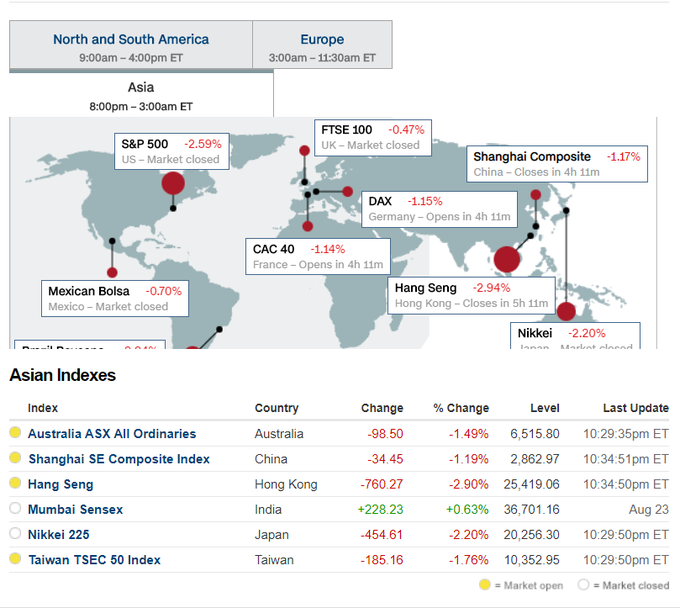 “With signs of economic turmoil, we have seen a shift towards safe haven assets like gold,” Madhavi Mehta, analyst at Kotak Securities Ltd, told Live Mint. “Gold and the equity market generally have a negative correlation, so with increasing uncertainty about global equities, optimism about gold has risen.”