Get short URL
File photo © REUTERS / Mohamad Torokman
Israeli police threw a stun grenade at a Haaretz photographer in Isawiya, East Jerusalem, and detained a journalist and two members of a parents’ committee during the Wednesday night raid on the Palestinian neighborhood.

A large police presence entered Isawiya as part of an ongoing crackdown in the area that has seen almost nightly raids for months, with 340 arrests and one fatal police shooting in what residents say is an intimidation campaign.

When the authorities were leaving the area Wednesday night, people threw stones at them and young men threw a firebomb and fireworks. Police ordered the crowd of residents, journalists, and Israeli activists to disperse.

Video footage shows a police officer hurling a stun grenade at Haaretz photographer Emil Salman, who was filming in the yard of a house and was not standing near other people at the time. A police officer can be heard saying, “throw at him, throw,” before the grenade was flung.

“The police saw that I had a large camera and also had seen me previously. It was impossible to mistake that [I] am a journalist,” Salman said, Haaretz reports.

Police also ordered a Channel 13 crew to leave the area at the same time. The crew argued but moved up the street. Moments later, reporter Yossi Eli was told he was being arrested and was taken to a police car.

“After half an hour, one of the officers said ‘He’s Israeli. Let him go,’” Eli said later. “Then the policeman let me out of the cruiser and told me ‘Get out of Isawiya. If not, I’m arresting you.’”

Two members of the Isawiya parents’ committee were arrested on suspicion of threatening school principals after they said that children in the neighborhood should not be sent to school until the months-long police crackdown in the area comes to an end. Video shows an armed officer violently shove chairman of the committee before the arrests. “Media crews had been asked to move away from the area due to concern over loss of life.” police said in a statement, adding: “the police are permitting, and will continue to permit, the journalistic activity of media personnel in Isawiya in addition to preventing loss of life.” 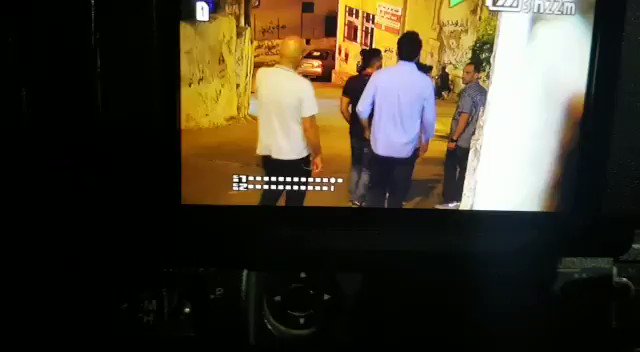 The Isawiyah police raids began in June and include roadblocks and bring disruption to the area, which has a Popular Front for the Liberation of Palestine presence. Out of the 340 arrests made, only five people have had charges filed against them, and no weapons have been found in any raids, Haaretz reports.

Palestinians from the area have thrown stones at the police, and in one incident this week, a pipe bomb was thrown but did not explode. The only injuries reported by Israeli police over this period was when two officers were hurt when their colleague hit them with a stun grenade.