The Information Commissioner’s Office (ICO) is setting out to find just what the bloody hell the government is playing at by collecting the personal data of anyone who visits its various websites.

Earlier this week, a couple of top secret documents were obtained by BuzzFeed News that called for an “accelerated implementation plan” for tracking “digital identity.” As you’d expect, a spokesperson for the government quickly piped up to say that it’s all legal and above board. What a relief. I’m sure we can all rest easy now that that’s been cleared up. Phew!

As is always the case when anyone collecting your data attempts to justify it, it’s for your benefit, making the services easier to access. They’re really doing you a favour, if anything.

ICO has stepped up to look into it regardless, tweeting out its intention to “fully understand” just what the government is up to and make sure it’s in “compliance with data protection law.” To what extent it could be held accountable and what measures ICO could actually take to stop any funny business it finds, is up for debate.

We have contacted Government regarding the collection of personal data on http://gov.uk  in order to fully understand its approach to compliance with data protection law and whether any further action is necessary. 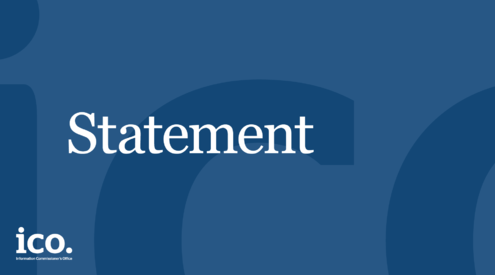 685 people are talking about this

Politicians were told that the data collection should be made a “top priority” with the data being needed for the advent of Brexit at the end of October. [BBC News]