Get short URL
FILE PHOTO. An oil spill. ©REUTERS / Willy Kurniawan
An oil pipeline carrying crude across the Andes has been bombed, resulting in a fire and spillage into the local river. The operator released footage of the site showing a plume of smoke rising in the air.

The Transandino pipeline was damaged in a bomb attack that happened Orito municipality in Putumayo Department in Southern Colombia. According to the oil and gas giant Ecopetrol, which operates the pipeline, it was the 19th such incident this year alone.

Footage released by the company shows a fire and an oil spillage in the aftermath of the bombing. The company said the pipeline was not pumping crude when the attack happened, but caused oil spill in the sector, which affected the Guamues River. The company has informed the local Risk and Disaster Management and is taking all possible measures to prevent further contamination. 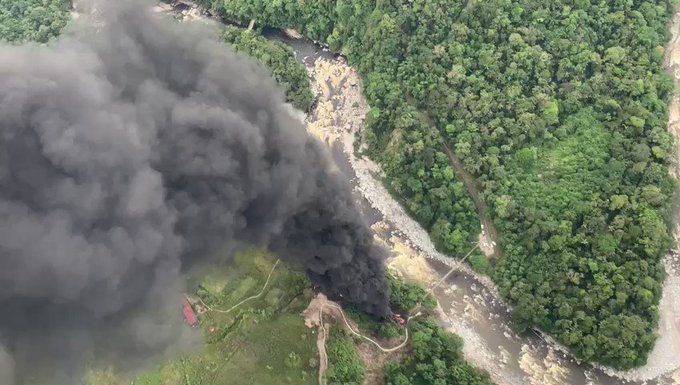 Bombings are just one of the problems plaguing the 306 kilometer (190 mile) pipeline, which delivers fuel from Orito west across the mountains to the port of Tumaco. Illegal valves used to siphon off the crude are discovered in their hundreds each year and often disrupt transportation.