Get short URL
© pexels.com
A report released this week by London-based brand consultancy Brand Finance said China continues to grow at a very healthy rate despite trade tensions with the United States.

It said that despite expectations of a slowdown, China’s brand value has benefited from the success of some of its most dominant and valuable brands, including ICBC, Huawei, and Alibaba. The companies embraced strong marketing strategies adopted by their international counterparts. 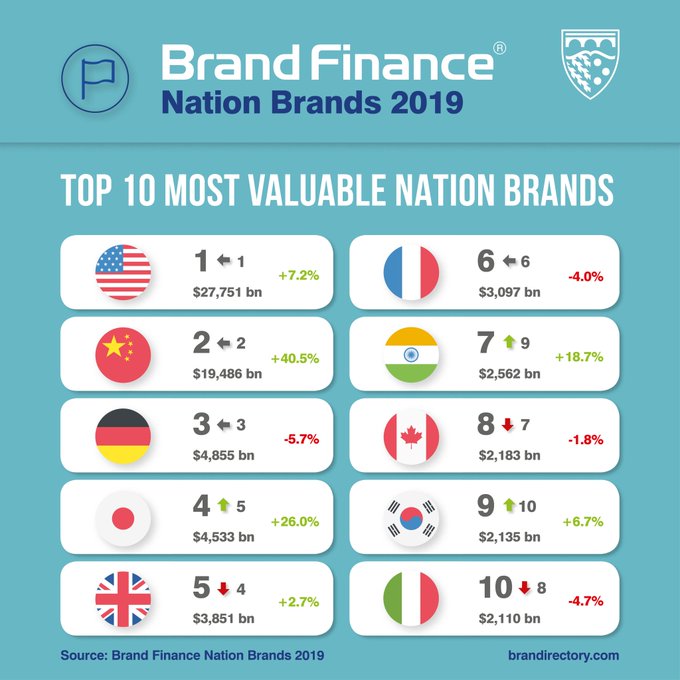 The US, which has been the long-standing leader in the ranking, recorded a brand value growth of only seven percent over the past year.

The average year-on-year nation brand value growth of developing economies was 13.9 percent, compared with a mere 0.4 percent for developed economies.

“With general stagnation in Europe and North America, nations from the Middle East and Africa have claimed 11 out of the top 20 spots for brand value growth this year,” said CEO of Brand Finance David Haigh.

According to the report, the difference in value between the two nations’ brands has dropped from 12 trillion dollars in 2018 to just over 8 trillion dollars in 2019.He noted that although the US retained its position as leader among the world’s 100 most valuable nation brands, second-ranked China is nevertheless narrowing the gap, as it continues to grow against all odds.