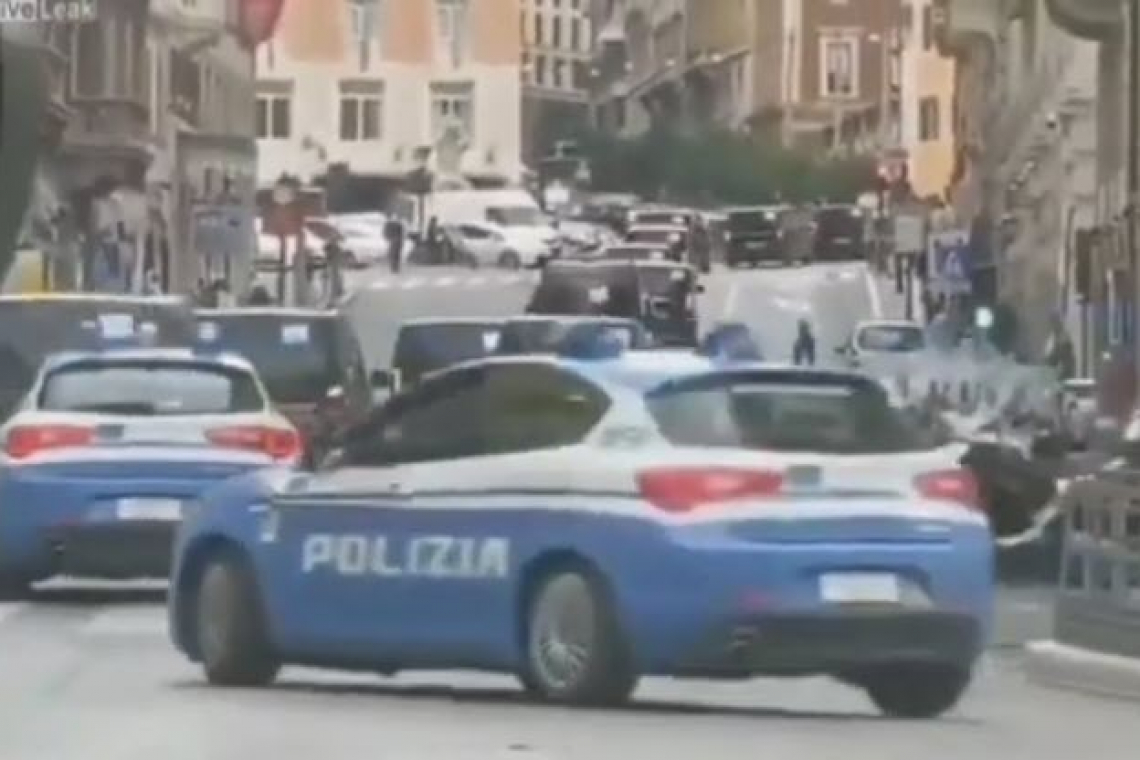 Something is taking place at the Vatican in Rome.  A very large motorcade of both marked and unmarked police vehicles has entered the city and it does not look like anything good.

As most of you may be aware, attorney Sidney Powell, in her vast utterances about the stolen Presidential Election on November 3, claimed there would be vast numbers of arrests of very high profile people.  She even made the odd remark that it would begin with something “Biblical.”

We also know, from General McInerny, that Italy apparently played some role in uplinking vote-altering commands to voting machines in the US, using the HMR and Scorecard intelligence community software.  There are statements and court records supporting the claims that some type of severe election interference was perpetrated from iside Italy on November 3.

So these incidental facts may have something to do with the video we’re now seeing out of the Vatican.

More details if we get them!