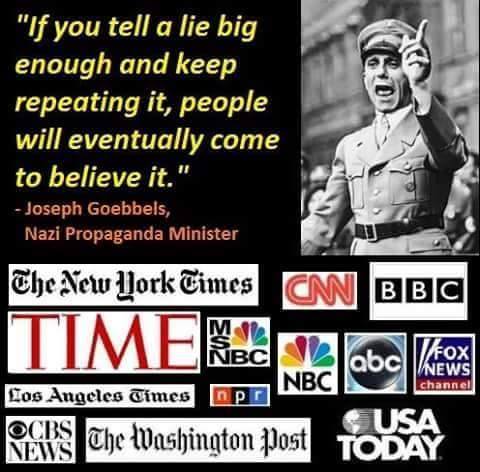 UNITED State of America – It can now be reported that the pending AT&T – Time Warner – CNN financial media merger involving an estimated $85 billion involves the direct use of STOLEN U.S. Treasury TAXPAYERS’ funds that were used by junior George W. BushFRAUD and House democratic leader Nancy Pelosi-Ponzi (D-CA), to “Bail Out” crooked U.S. and worldwide banks after the Lehman Brothers mortgage-backed securities financial collapse of the U.S. economy in 2008.

We can also divulge that the $85 billion involves no real cash but the back end of Deutsche Bank, Wells Fargo, Bank of America, ABN AMRO, Citibank and HSBC worthless bank derivatives tied to the Comcast-NBC Universal merger that recently took place.

This latest ponzi scheme, which is being approved by the Obama Administration and current Democratic nominee, lesbian neocon Nazi war criminal and Bush Crime Family CIA stooge, Hillary Rodham Clinton, will, once again, leave the U.S. TAXPAYERS holding the bag for this derivative hocus pocus that will destroy the U.S. middle class, create a high tech Joseph Goebbels-style state-sponsored “Propaganda Ministry” tied to the direct control of the Bush-Clinton-Obama-CIA Crime Syndicate and the criminal banking cabal.

P.S. We can see now why media prostitutes like Chrissy Pooh Matthews, Mike Barnacle, homosexual Lawrence O’Donnell, Nazi Jew Wolf Blitzer, Nazi Jew Gloria Borger, Bill O’Reilly, George Stephanopoulos, and last but not least, Joe Scarborough of MSNBC have spent years trying to create a Bush-Clinton line of secession for the purpose of their own financial gain utilizing U.S. TAXPAYERS’ money to assure they get a paycheck every week.

P.P.S. We can now report that the hacking of U.S. internet sites recently in the northeast and the state of Florida originated from the nations of Germany and Israel and not Russia.

This internet hacking is now being countered by the U.S. Military Flag Officers who have warned the U.S. CIA, the U.S. NSA and the treasonous Department of Homeland Security (DHS), along with the two aforementioned nations to stand down NOW or face a major retaliatory response!

In closing, the U.S. Military Flag Officers are convinced that the hacking of U.S. internet sites is a prelude to an attempt to electronically STEAL the year 2016 presidential election on behalf of Bush-Clinton-CIA stooge Hillary Rodham Clinton.

This may all become a moot point though since the U.S. Military Flag Officers as previously reported has total, absolute proof now that Albert Gore Jr. of Carthage, Tennessee is the DULY ELECTED, non-inaugurated, natural born REAL President of the United States of America who won the popular vote not by a half a million but by over FOUR (4) million and gained over 330 Electoral College votes.

HINT: Hamilton County, Tennessee and the Voters News Service were hacked at 8:00 p.m. CST election night in the year 2000 with the hacking tied to an internet IP out of Denver, Colorado with a back door to Data Base Technology out of Boca Raton, Florida and none other than Hamburg, Germany and Haifa, Israel.

IT WON’T WORK! We have the Victor Ashe tapes.