$10,000 Reward offered by the ITCCS for information on member assassinations

A reward of $10,000 is offered by the International Tribunal into Crimes of Church and State (ITCCS) for information leading to the arrest and conviction of those responsible for the death of the following aboriginal members of the ITCCS or its predecessor, the Friends and Relatives of the Disappeared (FRD-Canada):

Harry Wilson, witness to two murders at Alberni residential school, died of unknown cause, May 3, 2012

Their deaths will be the subject of an extended investigation by a Common Law Grand Jury, to be convened on January 15, 2015 in Vancouver under the authority and jurisdiction of the Republic of Kanata.

To contact the Prosecutor’s Office please write to republicofkanata@gmail.com . 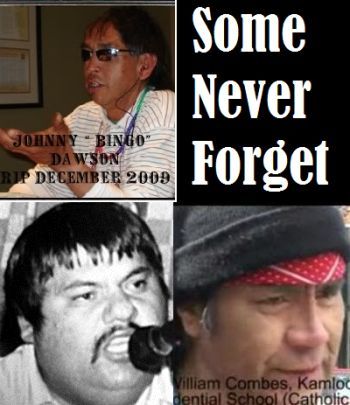