Austin Powers’ Mini-Me gets special attention from the TSA

Austin Powers’ Mini-Me gets special attention from the TSA

Even Hollywood stars have a hard time escaping the wrath of the Transportation Security Administration. This time “Austin Powers” actor Verne Troyer was the latest to endure a humiliating TSA pat-down.

The barely two-and-a-half-feet-tall “Mini-Me” actor was attempting to board a flight out of Los Angeles International Airport over the weekend when he became the subject of a TSA search. Luckily his manager, Ray Hughes, was on hand, and was able to snap photographic evidence that has since surfaced to the web and gone viral. 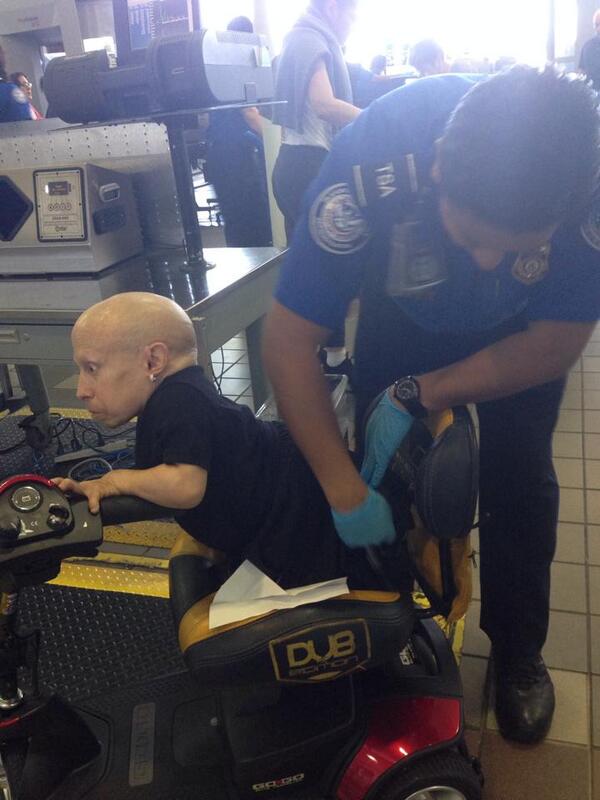 The accompanying photo of Troyer complying with a hands-on TSA search while atop a motorized wheelchair was enough to land image of the actor towards the top of Reddit and other web forums.

“That’s just what happens when you go through TSA,” Hughes told Huffington Post. “He’s a little guy. There’s not much they can hide there.”

On his part, Troyer offered an explanation of his own over Twitter.

“I think he was cking [sic] to see if I wiped this morning,” he wrote in a follow-up tweet.

Troyer has been hardly the only Hollywood actor to be stopped by the TSA. Last year, Star Wars actor Peter Mayhew was held up at Denver International Airport in Colorado while trying to board with a cane designed to look like a lightsaber prop straight out of the film series.

“Giant man need giant cane… small cane snap like toothpick… besides… my light saber cane is just too cool… I would miss it…”the 7’3” actor tweeted at the time.