Is autism just another way of being normal? Are non-autistic people “neurotypical” and those with autism merely “neurodiverse”?


On the face of it, this seems absurd. As you will see, when looking at the question more deeply, it is not only absurd but very dangerous. Of course, it is also hugely (and embarrassingly) both ego-gratifying for the “Make Me Feel Good By Denying Reality” crowd, and a deceptive justification/excuse for damaging genes and lives through injection and other toxins, without holding the perpetrators accountable.

When you normalize autism, you also take away the assistance and services which are absolutely necessary to the victims who have been knowingly damaged – sacrificed might be a better term – by governments and agencies whose servile relationship to the pharmaceutical industry has cost us – and them – their health and normal lives.

The truth is that no matter how much it wounds someone’s ego to think that they or someone they love has a problem or a disability, there is simply no way to create “normal” by word magic and a magic wand. That is, however, exactly what this deluded/deluding bunch have in mind. Just as smallpox was “eradicated” by renaming it “monkey pox” (SHAZAAM! Look, Ma! No smallpox, just some of that old monkey pox!) and polio was “eradicated” by renaming it “NON-POLIO Acute Flaccid Paralysis” (couldn’t possibly be polio because it’s called NON-polio… so there’s another SHAZAAM for you!), redefining them did not eradicate the problems, the people who have died from them or their communicability. What it did do was give the vaccine pushers and their adoring publicists the opportunity to deceive and damage further, while selling their toxic brew through more deceptive propaganda.

Here comes some more of it: never mind the emerging and abundant evidence to show that virtually every case of autism is an induced disease, worldwide. Change its name and turn it into just another kind of normal so we can keep vaccinating and sacrificing, and so that the enormous financial and social burdens of the burgeoning autistic population can be pushed off on the families, not the taxpayer.

Well, if the governments, through their taxpayers, created the problem, they need to fund and fix it, don’t you think? If the burden is great enough, they will be induced/forced to end this barbaric sacrificial process, like the people of Carthage who sacrificed their babies in the fires of Moloch. After a while, they ran out of babies. The cost was too great.

But if autism is just another kind of normal, then there is nothing to support, nothing to treat, nothing to fix. We don’t have to stop what we are doing. Fuggedaboutit! Nothing to see here. Move along.

I am a child and adolescent psychiatrist with more than 45 years of experience. I have seen the rise of autism from a rare condition (1/10,000) to a common one (1/55 or worse) and I have watched the supposed “better diagnostic tools” touted and sold. I have treated large numbers of autistic children and their families, and brought about fundamental changes in many of them, to return them to the land of our consensus communication and reality, so that they could give and receive love and enter into their own life well and fully. So I have a very strong opinion on the question based on extensive review and understanding of neurology, psychology and biochemistry, decades of clinical practice, common sense and a keen political awareness which allows me to smell a shill or a fool from many miles away.

Fiona O’Leary, who is herself an autistic person (she says she carries the diagnosis of Asperger’s Syndrome) and whose two sons are autistic (vaccinated), says that autism is normal and that any attempt to fix it is wrong and should be forbidden.

Recently, Richie Allen, www.RichieAllenShow.com, asked me to comment on the position of his guest, Fiona O’Leary, that autism is just another shade of normal and that attempts to fix it were both unnecessary and constituted child abuse. I was happy to oblige.

It should be noted that I volunteered to appear on the show with her to discuss this, but she refused, saying that she was not interested in doing joint interviews. I should think not, given her illogical and unscientific position. It would be hard to sustain it in the face of facts and neurology.

Autism is a term that refers to a cluster of dysfunctions and impairments. None of them is normal. Some people are more severely impaired than other, accounting for the concept of the autism “spectrum”.

Cancers are staged (generally I, II, III and IV) based on their severity and how pervasive they are. In the same way, autism is staged based on its severity and how pervasive the dysfunction is. Being politically correct and calling cancer another shade of normal is as absurd as calling autism another shade of normal. They are both diseases that come from deeper, underlying mechanisms being dysfunctional.

Think about what Ms. O’Leary and her ilk would have us believe.

When autistic people are unable to speak or communicate verbally except in the most rudimentary fashion if at all, how can that be called normal? In what way is losing all speech and being unable to use speech even vaguely normal development? Tell that to the parents of a now mute child who regressed after vaccination. See what they have to say about it.

Autistic people frequently engage in self-stimulating behavior for significantly extended periods of time so that no outside stimuli can penetrate their abnormal and obsessive stimulatory patterns, to the total exclusion of all input or communication. In what way is being obsessively focused on self-stimulation to the exclusion of everyone and everything else even vaguely normal development? How about the tantrums and violence that can occur when the self-stimulation is interrupted? Tell that to the parents of a now self-stimulating child who regressed after vaccination. See what they have to say about it. 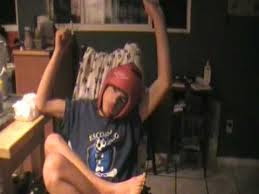 Autistic people are often afflicted by learning disabilities so severe that the accomplishment of literacy, mathematics and other academic skills is either totally or nearly totally unavailable to them, leading to no academic or occupational possibilities other than the most rudimentary for some, but not all, frankly autistic people. In what way is mental retardation, even with occasional spotty sparing of unrelated functions (such as the ability to remember dates or highway designations) even vaguely normal development? Tell that to the parents of a now retarded child who regressed after vaccination. See what they have to say about it.

Autistic people frequently are stimulus/touch aversive, so that even the tenderest touch is unbearable and unwelcome to them. They are often unable to tolerate hugging, cuddling or other demonstrations of affection, although later, when retrieved from their autism, they can tell us how they longed for that touch and love. In what way is being cut off from the basic human and mammalian capacity to show and receive touch and love, which is essential for normal development and life, even vaguely normal development? Tell that to the parents of a now isolated child who regressed after vaccination. See what they have to say about it.

Autism is, indeed, a neurological condition secondary to toxicity. It, like Alzheimers disease and post-traumatic head injury, are conditions which cause serious behavioral and other functional deficits. To say that it is in any way normal is exactly like saying that a heart attack, senile dementia, cancer or diabetes is normal. Tell that to the parents of a now ill child who regressed after vaccination. See what they have to say about it.

Autism might, frighteningly, become so common that half of the population has been poisoned into having it. If more than half of the people in a group have a disease or condition, it is NORMATIVE, but it is still not normal. What will it mean to our society if we damage half of us so severely that they need lifelong support and care? Who will provide it? Or will they become officially “just another type of normal” so they can be abandoned to their individual fate, without support and help, because it would be just another type of too expensive to take care of those wounded on the battlefield of the Vaccine Wars?

To normalize autism is to bury, either intentionally or for personal reasons, the stark and tragic reality: autism rates are rising exponentially because we are overburdening the detoxification capacity of our children with voluntarily introduced toxins for the accomplishment of other agendas, sacrificing our children for the sake of those agendas. Moloch would be delighted. Big Pharma is nothing short of jubilant. And the dark depopulationists’ agenda is served magnificently. Obscuring this fact with pseudo-normalization serves these forces, not the children themselves and not our real needs.

How do we serve those real needs?  End the sacrifice, support the victims and let the truth be known while we do that.

Before the advent of the current onslaught of vaccines in pregnancy, infancy and childhood, about 1 child in 10,000 was autistic (1970).

It is possible that there were genetic or neurological changes in these children, but it was clear from their response to therapy that the only thing that repaired their autism was repairing the damaged bond with their mother, since they appeared to be autistic on the basis of emotional issues and failures in the bonding and connection with their mothers. I know this because using a powerful technique which I learned from psychiatrist Martha Welch, MD, I was able to retrieve these children by assisting them in the bonding process.

Were there neurological changes that were brought about by the damaged maternal–infant bonding that were repaired and normalized by the bonding therapy? It would appear so, since the frankly autistic children treated that way recovered normal function. We presume that they recovered normal structure as well, although we do not have the data to document that.

We do know, however, that their autism, no matter how severe, went away and they were able to talk about their time as autistic people (very painful according to them) and move into normal, successful lives (joyous for them, according to their own reports). THEY thought they had a condition or disease once they recovered from it. They did not describe themselves as autistic normal, but as suffering people who had been blessed by finding a path to recovery.

The vulnerability of various members of the population differs greatly, but everyone can be overwhelmed by toxic inputs at some point, and will be, if the toxic inputs continue. That means YOU!

Vaccines plus industrial toxins like glyphosate (Roundup®) are omnipresent and lead to tissue dysfunction, including neurological dysfunction. The result is a variety of conditions which are then given names as if they were discrete diseases and conditions. Normal? I think not! Convenient to normalize? I think so!

To say that autism is not a disease because it is a neurological condition indicates one of several things about the person who says it:

2. The speaker has a hidden, competing agenda and is involved in a whitewash effort to make an inconvenient and/or costly reality go away (as in loss of the vaccine market or agrochemical sales) if widely known and appreciated. In short, we are hearing the words of a shill.

Is autism normal? Ask the parents of an autistic child who regressed after vaccination. See what they have to say about it.

Yours in health and freedom,