Rates as much as 5x higher

A scientific research paper in Great Britain asserted that breast cancer rates increased to 5x the normal rate for women who lived near one of three nuclear power plants that they studied. The two others nuclear power plants doubled the incidence for those women living downwind from the reactors.

For decades the American public has been assured that there is very little chance that nuclear radiation escapes from the normal operation of a nuclear power plant. Yes, there may be catastrophic mishaps like Three Mile Island, or Chernobyl, or Fukushima, but absent those once-in-a-decade nuclear disasters, the people living near these plants have nothing to worry about … until now.

The entire nuclear power industry was launched on the premise that they could be constructed so as to safely contain any and all radiation. Because so many nuclear reactors are relatively close to populated areas, this assumption was key to the promotion of nuclear power generation. If radionuclides could easily escape, then the whole business model and engineering paradigm would be fatally flawed. 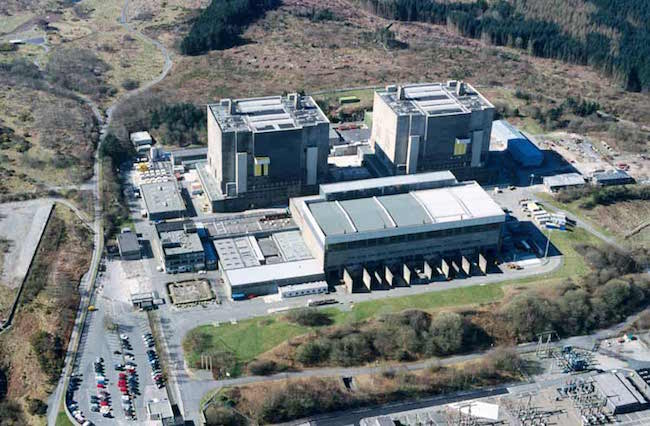 Scientific studies, such as this one conducted by Dr. Chris Busby, are rarely undertaken because the Nuclear Energy Industry would rather not know the true statistics. Were the facts surrounding nuclear discharges to become known to the general public there would be a groundswell of opposition to nuclear power plant sitings anywhere near densely populated areas.

Given that the worst cancer statistics concern carbon dioxide, gas-cooled graphite block reactors, in all likelihood they would be permanently shut down until a durable resolution could be implemented. It is this type of reactor that generates releases into the air which are higher than most other types of nuclear reactors.

Like the U.K., the U.S. nuclear power industry has also seen a great number of reported releases throughout the country over the past few decades. As these nuclear reactors age, they become the victim of a phenomenon known as technospheric breakdown[2]. Since many of them were constructed in the 1970s, those that have not been decommissioned have been operating for a long stretch of time. The average age of commercial reactors in the USA is 34 years.

In view of the extraordinary stresses which exist in the reactor environment, the 40-year license that is granted by the NRC seems far too long. There are several points of inherent weakness within the structural engineering of nuclear reactors, as well as within the controlled atomic fission process that were designed in what could now be described as the nuclear Stone Age. And, yet, the same fatally flawed nuclear energy paradigm is still being promoted worldwide today.

When more studies are conducted, which indicate a spike in cancer rates in locations which have a nuclear power plant nearby, governments across the planet will be forced to respond appropriately. After all, the presence of ionizing radiation will always manifest as various forms of cancer the longer a residential or business area is exposed to it.

Hence, governments will eventually be compelled to remedy the many compromised nuclear power stations which are frequently making these contaminating releases. Not to do so will inevitably translate to an explosion in healthcare costs.

Just as the Fukushima nuclear disaster has shown the complete folly of building nuclear power plants on one of the most seismically active (as well as tsunami-prone) group of islands in the world, there are now other well documented serious issues which ought to disqualify plants from being built. It would seem that those reactors with considerably higher rates of nuclear releases would qualify them as menaces to the community. Simply put, they shouldn’t even be there.