Could Smoking Increase Kids’ Risk For COPD Later In Life?

Could Smoking Increase Kids’ Risk For COPD Later In Life?

Kick the habit when your kids are young

Could Smoking Increase Kids’ Risk for COPD Later in Life?

Children who grow up with parents who are heavy smokers may have an increased risk for chronic obstructive pulmonary disease (COPD) later in life, found a new study published in the journal Radiology.

Researchers used data from the 5th-decade follow-up of the Tasmanian Longitudinal Health Study, which included nearly 8,600 participants followed from their birth in 1961 to examine the impact of exposure to secondhand smoke on later life COPD.

Nearly 40% of participants said that as 7-year-olds, they lived with a mother who smoked, and 17% of those individuals said their mothers were heavy smokers. Nearly 60% grew up with fathers who smoked, and 34% reporter their fathers smoked heavily.

About 2/3 of the participants reported history of asthma, and 1/4 said they still had the condition. More than 4 in 10 said they had never smoked themselves.

Nearly 1,400 of the study participants underwent lung-function tests between 2006 and 2008. Respondents who grew up with smoking fathers, or mothers who smoked less than 20 cigarettes a day showed no evidence of increased COPD risk.

However, participants who reported their mothers were heavy smokers were 2.7 times more likely to have a type of lung impairment that is indicative of COPD. The already present elevated risk for middle-age COPD was found to be even higher in participants who smoked themselves if they had grown up with a mother who was a heavy smoker.

Lead study author Jennifer Perret, of the University of Melbourne, said of the study results:

“The findings were not surprising to us. Smoking in later life can result in deficits in lung function in by middle age. So it was not unexpected to see that mothers’ smoking … could also adversely influence the growing lungs of [their children].”

She went on to say that: 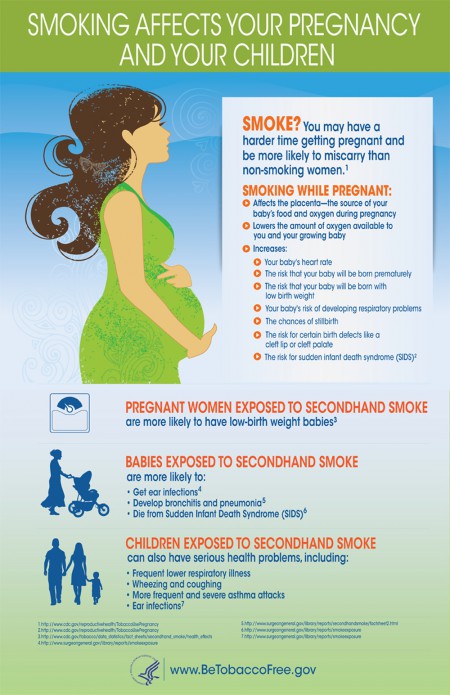 A study published in 2014 in Pediatrics found that parents who smoke should quit while their children as still young, as teens whose parents were current smokers were 10 times more likely to themselves become regular smokers at an early age, or to experiment early on with cigarettes compared with kids who lived in non-smoking homes. [2]

Boys were found to be more vulnerable to the health implications of maternal smoking than girls. Perret said the disparity could be caused by a rage of gender-based “biological differences” that unfold throughout childhood development.

Worldwide, about 40% of children have at least 1 parent who smokes. In an email to MedPage Today, Perret said more studies are needed to examine the long-term lung function consequences of secondhand exposure to cigarette smoke. But she said the new study, and past studies with similar findings, have immediate health implications.

“This study provides further evidence for mother’s smoking to influence the lung function in children when measured in middle-age.”