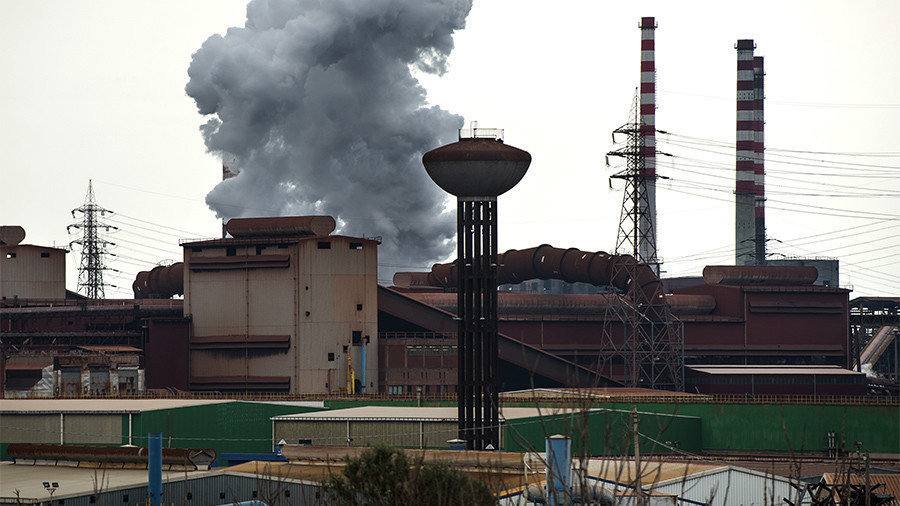 “Look at these pictures, gentlemen of the government of ‘this’ Italy, and be ashamed,” a group of activist from the southern Italian port of Taranto wrote in an open letter to Italian Prime Minister Paolo Gentiloni, as well as Minister of Economic Development Carlo Calenda and Minister of Environment Gian Luca Galletti. The photos attached to the letter, published by the group Genitori Tarantini (Parents of Taranto) on its Facebook page, show the most vivid examples of pollution the city is facing.

One picture shows a pool of water that has entirely turned rust red while another one demonstrates rust-colored dense fog billowing over the city streets. “Here in Taranto, [even] wind and rain are frightening,” the letter says.
The photo of the pool of red water was earlier published by another group of local activists, Solo A Taranto (Only in Taranto). It was allegedly taken near one of the quays of the Ilva steelworks – a giant plant located within the city boundaries. 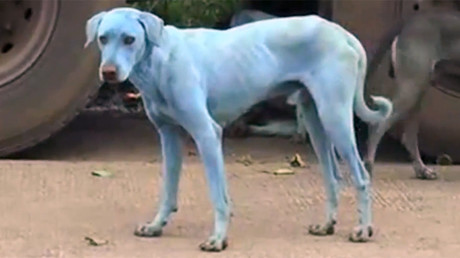 The photo of the pool of red water was earlier published by another group of local activists, Solo A Taranto (Only in Taranto). It was allegedly taken near one of the quays of the Ilva steelworks – a giant plant located within the city boundaries.

Heavy rainfall in the area is believed to be the reason behind this particular incident, as they carried iron oxide from the steelmaking process into the local waters. However, a local member of the Italian metalworkers’ union, Francesco Maggio, told La Repubblica daily that such incidents are not uncommon in Taranto.

“For us, it is common to see [red] powder or red water covering the whole area,” he said. Local residents have long complained about the negative effects of the Ilva steelworks on their health, which is partially blamed for an alarming rate of cancer among local children – some 30 percent higher than the Italian average.

According to reports of the Italian Association of Cancer Registries (Airtum) based on data collected between 2006 and 2011, children under 14 living close to the Ilva plant have not only higher chances of getting lung or bronchial cancer but also are three times more likely to suffer from asthma or respiratory problems than their peers. 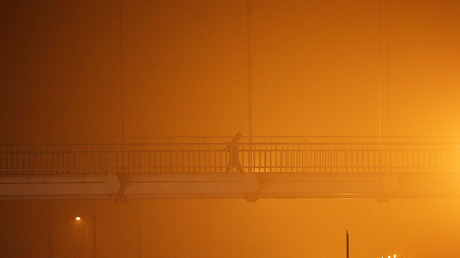 Ilva was nationalized in 2015 after its former owners were accused of negligence over toxic emissions. In June 2016, the plant was taken over by the global steel giant ArcelorMittal. A court also ordered the new management of the plant to build special rainwater collectors as well as to isolate conveyors transporting iron ore from the port to the plant to decrease pollution.

However, only two-thirds of the necessary work has been completed, according to La Repubblica, and some 20 kilometers of the plant’s transport facilities remain exposed to the elements. In late October, schools located in Tamburi, the district of Taranto closest to the plant, were closed by the city mayor for health-related reasons. The move was sparked by strong winds blowing from the side of the plant that carried toxic dust to the city.

Following the latest incident, the company operating Ilva said that it “reacted swiftly” and requested assistance from “an authorized company” in extracting the polluted water. “In just one day… about 100 tons [of water] were removed,” it said, La Repubblica reported. The Italian government has not yet commented on the issue.