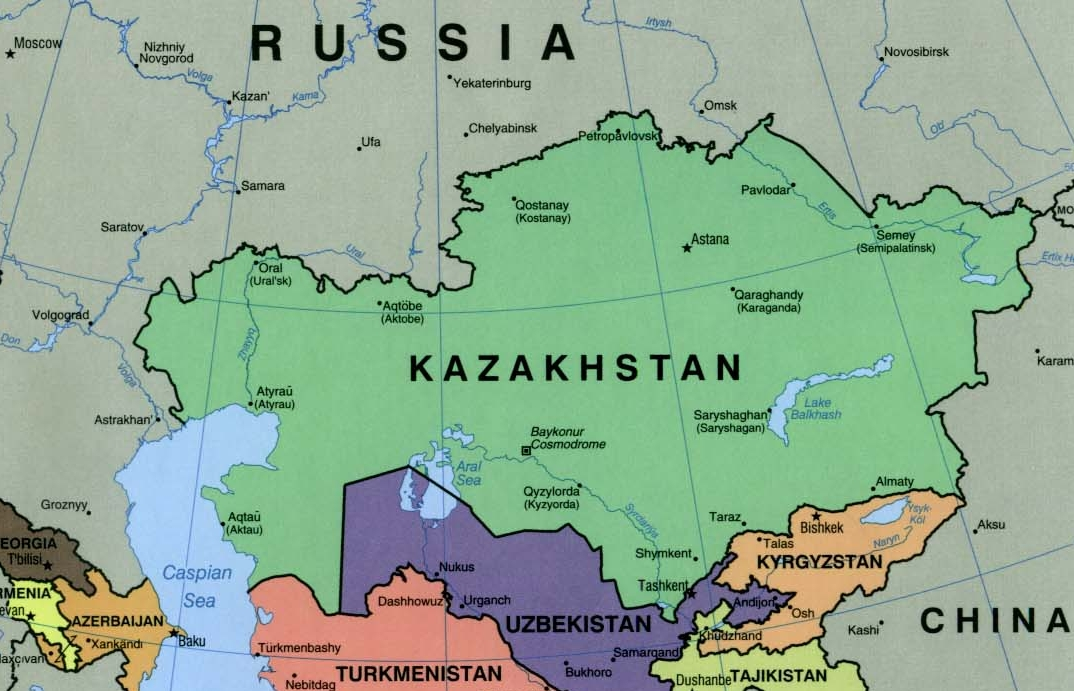 Kazakhstan now has the world’s 23rd largest holdings, just behind the Philippines which has 194.4 tonnes of gold reserves. 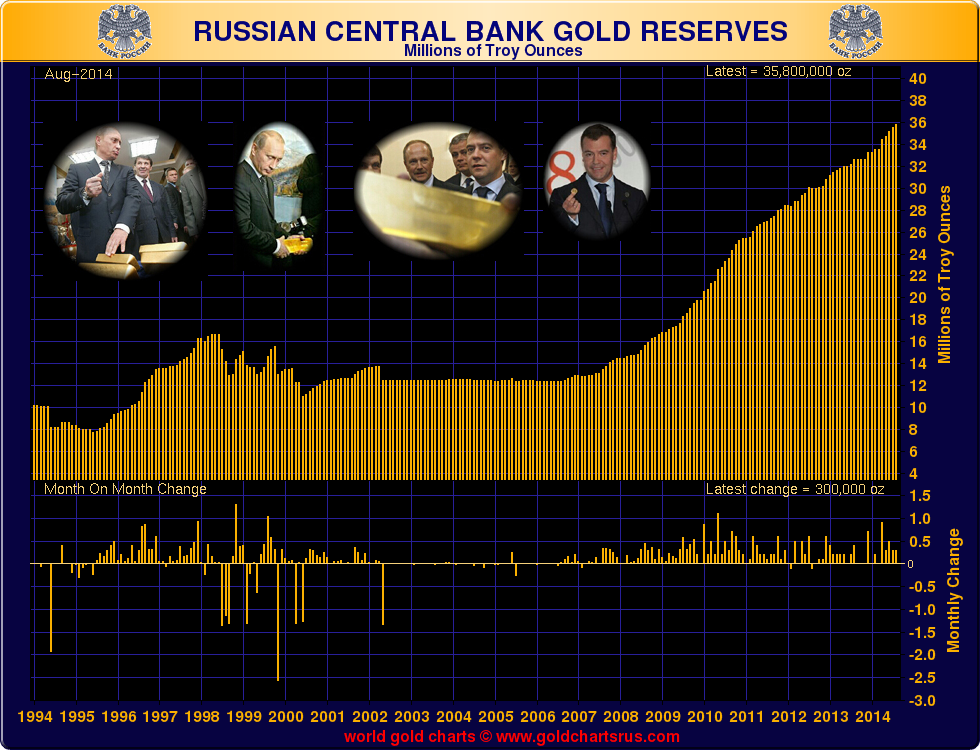 Latest official gold reserve data from the International Monetary Fund (IMF) shows that Russia again added to its gold reserves in August, with the Central bank of the Russian Federation purchasing 232,510 ozs (7.23 tonnes) and bringing its total gold reserves to 35.769 million ozs or 1,112.5 tonnes.

Turkey was also a gold buyer in August and the Turkish central bank adding 96,783 ozs (3 tonnes) to bring its total official gold reserves to 16.45 million ozs (511.6 tonnes), which is the world’s 12th largest official gold holding.

According to the IMF data, other countries which added to their gold reserves in August included the central banks of Azerbaijan and Ukraine.

With the ongoing conflict in Ukraine, its not clear where the official Ukrainian are now stored. There had been reports in March that the Ukrainian gold was flown out of Kiev to the Federal Reserve Bank of New York, but neither central bank would comment on this issue at the time.

Kazakhstan now has the world’s 23rd largest holdings, just behind the Philippines which has 194.4 tonnes of gold reserves.

The Swiss National Bank (SNB) has not been a gold buyer recently but this may change if a Swiss gold referendum to be held in November goes through, which would force the SNB to maintain 20% of its reserves in gold and to repatriate all gold held abroad back to Switzerland.

It is widely believed that China’s gold reserves are understated and as David Marsh of the Official Monetary and Financial Institutions Forum (OMFIF) said last week “over the past six or seven years the Chinese authorities probably have been adding to their holdings in different ways.” 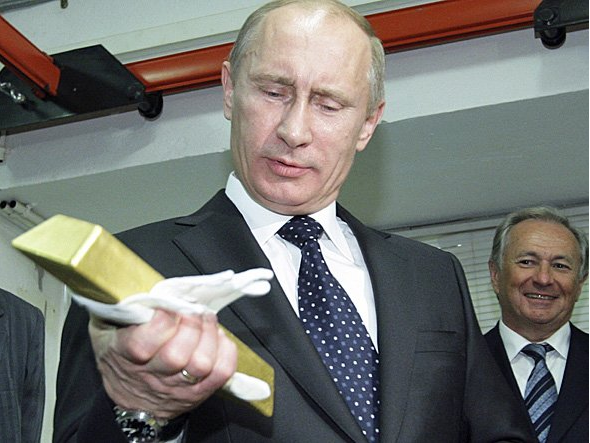 As we pointed out last month, as well as being a reserve diversification strategy, the ongoing gold accumulation trend by both Russia and Kazakhstan could be part of a coordinated monetary policy since the two countries are members of the Eurasian Customs Union along with Belarus.

Next year the three countries plan to turn this Eurasian Customs Union into a more formal Eurasian Economic Union. Coordinated accumulation of gold reserves would make sense in this context.

Russia, Kazakhstan and Belarus are also members of larger regional cooperation organisations, namely the Eurasian Economic Community and the Shanghai Cooperation Organisation (SCO). It will be interesting to see what a pooled gold holdings total for Russia, China, Kazakhstan, and other SCO members will look like when China finally does provide the world with an update on its official gold holdings.

Yesterday, the UK Treasury announced a consultation review into widening UK financial benchmark legislation and make manipulation of key currency, precious metals, and interest rate benchmarks a criminal offence. The only benchmark that is currently regulated is the interest rate LIBOR benchmark. HM Treasury plan to add a further seven key benchmarks to the legislation.

The London Gold Fixing process is in disarray after multiple claims of manipulation and the prosecution of Barclays by the Financial Conduct Authority (FCA) last May for manipulating the gold price in the fixing auction. The London Gold Market Fixing Company (LGMFL) and the London Bullion Market Association (LBMA) are now attempting to ‘circle the wagons’ on regulatory compliance and investor litigation by moving to a new LBMA Gold Price process modelled on the recently introduced LBMA Silver Price.

The LBMA Silver Price auction has not really evolved in any way since being introduced on August 15, and its current ‘phase 2′ stage, by design, only allows bullion banks and brokers to participate due to the lack of a central clearing counterparty and limitations on bi-lateral credit lines for auction participants.

However, this has not stopped the LBMA ploughing ahead with a similar plan for the gold fixing process which still has the CME Group and Thomson Reuters as the leading contender.

Following up today on the news of the Treasury’s benchmark consultation, Bloomberg contacted the four London Gold Fixing banks and the LBMA seeking comment, but reported this morning that “Representatives of the banks that contribute to the London gold fixing declined to comment or didn’t immediately return calls and emails seeking comment. The LBMA wasn’t immediately available.”