On Thursday, federal court deliberations began to decide the fate of six men and woman charged with conspiracy in connection with an armed takeover of Oregon’s Malheur National Wildlife Refuge in January.

Deliberations began after two days of closing arguments and weeks of witness testimony, including some who were a part of the anti-government activist group that held the wildlife refuge hostage for 41 days. 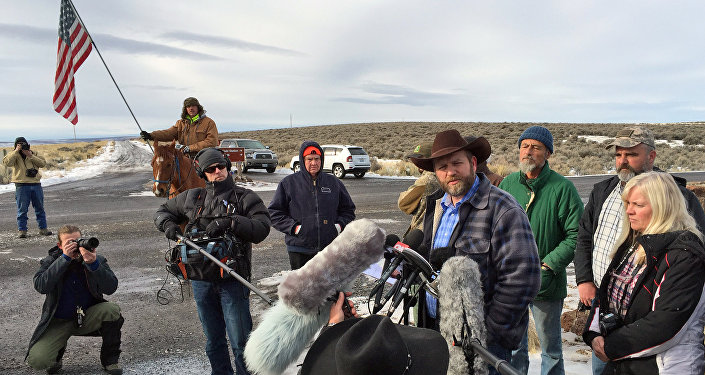 Ammon Bundy, the group’s de-facto leader, was charged, along with six followers, with theft of government property, possession of a firearm on a federal facility and impeding federal officers through threats, force, or intimidation.

Oregon Public Broadcasting quoted US Attorney Ethan Knight saying of the federal agents, “These are real people with real jobs, whose lives, as you heard from the witness stand, were profoundly disrupted.”

Bundy’s attorney, Marcus Mumford, countered Knight’s assertion saying, “‘His problem wasn’t with the employees, his problem was with their employer: the federal government. It won’t respect its limits.'”

©
Photo: Pixabay
Bundy Standoff Saga: Don’t Believe in Federal Gov’t and They Will Keep You Jailed

The militants, heavily armed during their takeover, claimed that they were acting in solidarity with Oregon ranchers they felt were unjustly sentenced in an arson case, but authorities believed the claim to be a pretext for the group to seize federal land from the government. Prosecutors supported the government’s position by pointing out the group’s invoking of the “adverse possession” laws, as proof of their intention to control the land.

After the siege began Bundy posted a message on Facebook asking others to join them: “**ALL PATRIOTS IT’S TIME TO STAND UP NOT STAND DOWN!!! WE NEED YOUR HELP!!! COME PREPARED”

More than 24 people have been charged for commandeering the refuge, which resulted in the death of one of the militants in a standoff with federal agents, with others set to stand trial in February 2017.

Ammon and his brother Ryan Bundy will also face conspiracy and assault charges stemming from a 2014 armed standoff with authorities at a Nevada ranch owned by their father.

A report on the 2014 incident released by the Southern Poverty Law Center claimed that, “The Bundy standoff has invigorated an extremist movement that exploded when President Obama was elected, going from some 150 groups in 2008 to more than 1,000 last year. Though the movement has waxed and waned over the last three decades, antigovernment extremists have long pushed, most fiercely during Democratic administrations, rabid conspiracy theories about a nefarious New World Order, a socialist, gun-grabbing federal government and the evils of federal law enforcement.”