The Rotterdam city council has called for mandatory birth control for mothers judged to be incapable of looking after their children.

The Rotterdam city council launched a voluntary contraception program this month for 160 women deemed at risk, due to learning difficulties, psychological problems or addiction. Some judges believe that giving birth should be prohibited for women who are unable to raise children, as children are often born with an addiction and suffer from the same health issues, and are simply placed in foster care.

“Our primary concern used to be the interests of the parents, but now we pay more attention to the interests of the child,” Christian Democratic Appeal party leader and mandatory-contraception proponent Hugo De Jonge told NRC. ‘Not being born is a form of child protection too.”

According to de Jonge, ordering “incompetent” mothers to use contraceptive methods, such as being fitted for an intrauterine coil, protects unborn children from facing parental negligence and unhealthy living conditions.

“Growing up in a safe and healthy environment is as much a fundamental right as having children,” he said.

The proposal has drawn support from some local politicians and mental health experts, including Paul Vlaardingerbroek, professor of family law at Tilburg University, who cited a woman with learning difficulties who gave birth to 14 children, 13 of whom were taken into foster care.

This is not the first time that Dutch politicians have considered  compulsory contraception for drug addicts and those with mental disabilities. A 2012 attempt failed to pass parliament after it faced criticism by human rights advocates and a number of political parties.

“The government cannot decide who may or may not have children,” People’s Party MP Arno Rutte said, adding, “That would be a very bad idea.” 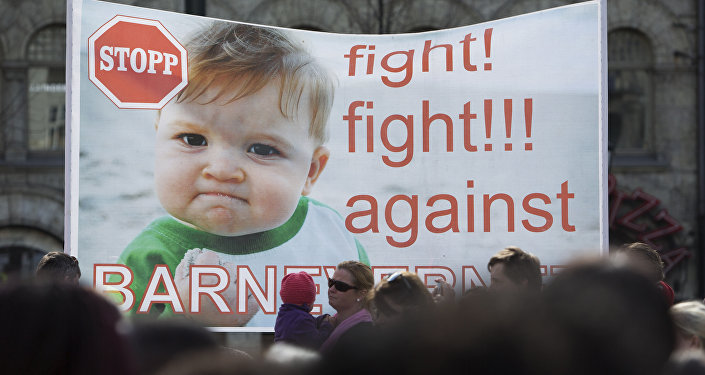 The governing VVD and De Jonge’s own Christian Democrat party said over the weekend that they would not support the initiative, indicating that the measure has almost no chance of gaining a majority in Parliament.

De Jonge, however, will not give up on the proposal, and has stated that he expects around 10 to 20 compulsory contraception orders per year in the city, when it is passed.