‘Enormous Obstacle’ US Has No Right to Lecture China – Beijing Media

‘Enormous Obstacle’ US Has No Right to Lecture China – Beijing Media

China’s official People’s Daily newspaper called the US an “enormous obstacle” Wednesday, saying Washington has no right to lecture Beijing over North Korea, as US actions are the reason for continued tensions on the peninsula.

In the wake of North Korea’s recent fifth and most powerful nuclear test, US bombers flew over South Korea on Tuesday in a show of military support for Seoul. Pyongyang responded by issuing a statement claiming that Washington is all bark and no bite. 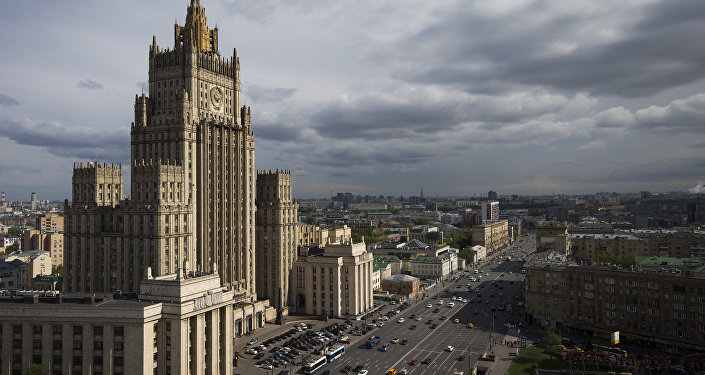 “They are bluffing that B-1Bs are enough for fighting an all-out nuclear war,” according to a statement from the DPRK’s state-run Korean Central News Agency.

According to an unconfirmed statement by South Korea’s Yonhap news agency, the US will deploy the nuclear-powered aircraft carrier USS Ronald Reagan and the Japan-based Carrier Strike Group Five in South Korean waters next month for a joint naval training exercise. Additionally, Beijing considers a US plan to base a Terminal High Altitude Area Defense (THAAD) anti-missile system in South Korea provocative, as the missile system’s range places a significant portion of Chinese territory in its crosshairs. Chinese news reports claim that the US is pretending that it has no effect on the DPRK, and that Washington is places the blame for Pyongyang’s aggressive military posture on other factors.

“At the start of the year after North Korea carried out its fourth nuclear test, the United States did not hesitate to increase irritations to the peninsula’s security situation, did not hesitate to harm regional countries strategic security interests, strongly pushing THAAD’s deployment in South Korea,” the People’s Daily reported.

The UN placed sanctions on North Korea in March, backed by China. But Beijing, fearing the collapse of the DPRK, has refused further sanctions, in part because China is North Korea’s most important diplomatic and trade partner. US Defense Secretary Ashton Carter last week called for China to do more to mitigate Pyongyang’s increasingly strident tone.

“People have reason to doubt whether Washington is willing to make the effort to push the North Korea issue in the direction of a resolution,” the People’s Daily wrote, referring to the US as an “enormous obstacle” to peace on the Korean Peninsula.