Socialist politicians in the European Parliament have joined the clamoring call for Greece to be granted debt relief in an effort to give its economy a chance to grow as it struggles to meet the terms of its third bailout since 2010, amid rising social unrest over tax and pension reforms.

The president of the Socialists and Democrats (S&D) group in the European Parliament, Gianni Pittella MEP — in a joint statement with the leader of Pasok, the Greek social-democrat party Fofi Gennimata — said it was time for the EU to grant Greece debt relief — writing down of part of its debt — to loosen harsh austerity measures and allow the country’s economy to grow.

“The S&D Group and Pasok are eager to keep working together at the European level to support the Greek people. In this endeavor, we need the strength of the whole social-democratic family — of which Pasok is an important member,” Gianni Pittella and Fofi Gennimata said.

The International Monetary Fund — which has refused to take part in the third Greek bailout because it is “unsustainable”, according to the IMF — has also called for Greece to be granted debt relief. Its latest statement on Greece said: ” debt relief will be required to restore sustainability, going well beyond what is currently under consideration, and it should be calibrated on realistic assumptions about Greece’s ability to generate sustained surpluses and long-term growth.”

However, the EU — and Germany in particular — is pressing for more austerity measures, greater collection of taxes and fundamental reforms of Greece’s overgenerous pension system, as well as cuts to public spending — all of which is causing social unrest throughout Greece. 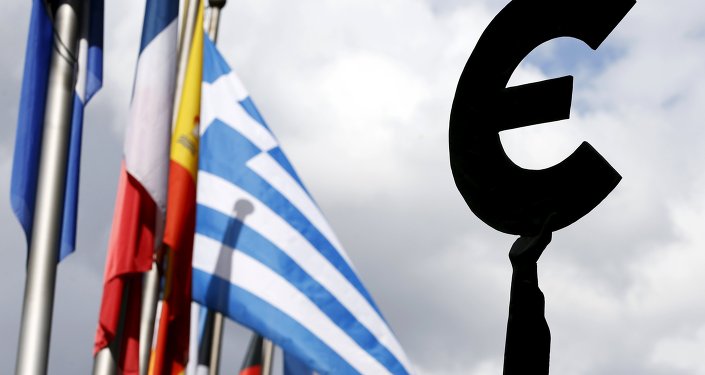 Germany itself was granted debt relief following the Second World War. Under the terms of the London Agreement on German External Debts, in 1952, the German debt to other nations was reduced by 50 percent, stretched over 30 years and only repayable when Germany ran a trade surplus and — even then — limited to three percent of export earnings. The last of its debt was paid off in 2010.

Critics of the Greek third bailout are asking why Germany is refusing to give Greece a similar deal that it enjoyed after inflicting two world wars on Europe and then being given debt relief and a grace period of 58 years.